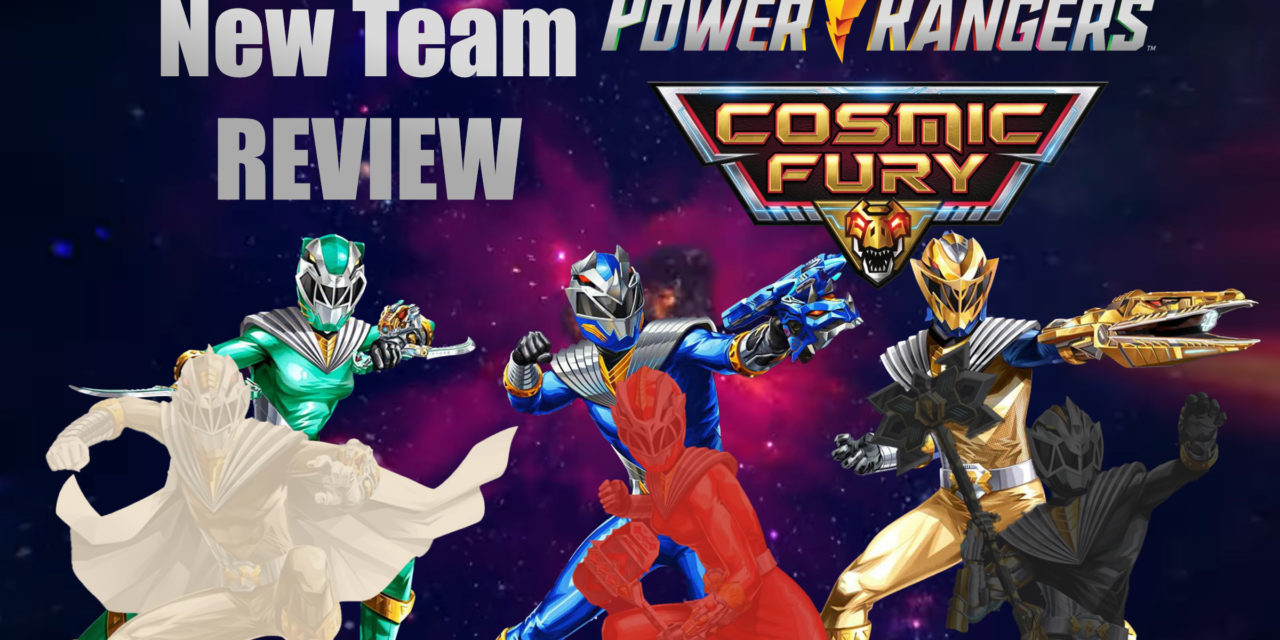 The first preview of the Power Rangers Cosmic Fury team was revealed during the Hasbro Pulse Power Rangers 30th Anniversary Livestream. This includes the art for the remaining 3 Rangers and the first live-action reveal of the cast in their new suits. Fans have been divided regarding the new designs, but fans are excited about the unexpected changes made to members of the team. This includes the reveal of Pink Ranger, Amelia, becoming the Cosmic Fury Red Ranger, and Red Ranger, Zayto, becoming a new Ranger different from the Season 2 finale of Dino Fury.

Power Rangers Cosmic Fury will feature a new look for the Dino Fury Rangers as they continue with their new adventure in space. Previously, fans have been treated by the reveal of the Green, Gold, and Blue Rangers from the new series coming in 2023. Each Ranger has been given a brand-influenced design, with a new Morpher and new Dino-Themed weapons exclusive to the Power Rangers franchise. Little is known regarding the transformation of the team as details remain behind closed doors until the new series airs.

The most significant reveals include Hunter Deno’s Amelia becoming the first full-run, Red Ranger for Power Rangers Cosmic Fury. This was followed by Russel Curry’s Zayto revealed to be the champagne-colored, Zenith Ranger, who also wears a white cape. Chance Perez’s Javi will also be getting a new look for Cosmic Fury, with unique armor on his right arm, along with his Stegosarus-themed Axe. The new leader has also been revealed to be the Cosmic Fury Red Ranger, with Amelia keeping her Ankylosaurus motif and an Ankylo-themed hammer.

The suits of Power Rangers Cosmic Fury were created by Sarah Booth, with the new Morpher, weapons, and props created by Tracy Collins. The Morphers have also been revealed to function as Blasters for the new Ranger series, which compliments the melee weapons most Rangers wield. Details regarding Zayto’s evolution to the Zenith Ranger have yet to be revealed, which could include the reason Amelia has gone from Pink to Red for her Ranger color. Here are the revealed images of the team as concept art, as revealed during the Livestream event.

The color change for Amelia and Zayto is one of the boldest moves that Power Rangers has ever made. A female Red Ranger has always been a major subject of discussion, even with representation from Lauren in Power Rangers Samurai and characters featured in the Boom! Studio comics. Now with the Pink Ranger as the leading Red Cosmic Ranger, fans will finally get that full-time representation along with the first Red Dino Ranger without a T-Rex.

Javi’s Black Cosmic Fury Ranger should also be highlighted since he is the only Ranger with armor on his right arm. This difference could be related to his role or weapon, but there is no explanation for why there is a design difference to the other 4 Rangers.

Zayto’s Zenith Ranger is the first Ranger to use a champagne color, which is a yellowish-orange beige. This new color and white cape is very unusual and is impossible to compare to past Rangers. This evolved form derives from the White Ranger seen in the Finale of Dino Fury Season 2, which Russell Curry nicknames the Ghost Ranger. Much like the Ghost Ranger, the Zenith Ranger will be orientated around the story planned, adding extra excitement for the first 10 episodes. He is the only Cosmic Fury Ranger without a weapon, which may also suggest he will follow his own path in the coming episodes.

First Look At The Cosmic Fury Cast In Their Suits

Simon Bennett blessed viewers with the first look at the team in their new Cosmic Fury Ranger forms for the first time, with the cast presenting the original designs brought to life. The Rangers present their latest look matching the art created by Sarah Booth, including the New Red and Zenith Rangers. Features such as the belt, unique features, and physique-emphasized suits were shown and demonstrated. The helmets were also on display in the background, which gave fans a sneak preview. Here are the images from the reveal clip shared during the 30th Anniversary Livestream.

The Morpher and armor on the Rangers instantly draw the eye but the complete suit is a perfect match for the concept art. Now seeing the full suit, the lack of materials on the body appears to have been implemented to highlight the physique of the Rangers. However, it would have made the Ranger forms look better to add more details since the chest looks too bare compared to the rest of the suit. The overall details seen on the armor and accessories are obsoletely amazing, especially for the gauntlets and gloves for each Ranger. Fans will be excited to see all Rangers with their helmets, along with weapons that have not been presented.

The full team art and live-action preview of the Rangers have also allowed the Morphers and weapons to be fully revealed. Kai Moya who portrays the Blue Ranger, Ollie, blessed fans with a full preview of the Morpher, which reveals details of the design. The Morpher activation has yet to be revealed but the Simon Bennett did reveal the Morpher can act as a Blaster. The weapons have been revealed to include the following for each Ranger and match their corresponding motifs.

The names of these weapons have yet to be officially revealed and their full capabilities may not be explained until their debut in the series. The only one without a weapon so far is the Zenith Ranger, Zayto. This may be a secret weapon until revealed in the show, but there is currently no information regarding the arsenal he may have. The only live-action preview of the weapons has been spotted for the Green Cosmic Ranger, which was shared by Tessa Rao on social media. Here is a full look at the Cosmic Fury Morpher and all Ranger weapons, including the only live-action preview of the Tiger Claw Daggers.

The Morpher was originally expected to use an adapted Kyutama from Kyuranger since the Zords will be the only adapted content from the Super Sentai franchise in the new series. However, the new Morpher appears to be inspired by elements of the series, without many clues regarding the use of the Morpher. The gimmick might be used in the dinosaur mouth like seen for the Chroma Fury saber, but this has yet to be revealed. Overall, the Morpher is a perfect blend of Ryusoulger, Kyuranger, and elements from the Power Rangers Franchise. It will be exciting to see the upcoming toy and how it works soon.

The weapons are inspired by each Ranger’s motif but still perfectly captures the new space theme, along with designs that make it look like advanced technology. The biggest question that fans might have been wondering is whether all 5 will be able to combine, which is an iconic feature for individual weapons in the past. The Stega Axe and Ankylo Hammer stand out significantly due to their size and detail, making it harder to choose a favorite out of the 5. As the Zenith Ranger has yet to receive a weapon, it will be interesting to see what the plans are for his future arsenal.

Overall, the designs of the Rangers have a great mix of details, but the chest area would have thrived with more details or additional effects. The debut of the series and seeing the Rangers in action may shift perspective, however, the new Morphers and weapons help make the Rangers look legendary. I give the suits for this exclusive ranger team a rating of 7/10.

Power Rangers Cosmic Fury will be released on Netflix in 2023, with more details to be released soon. The focus is currently on the 30th-anniversary anniversary special, Mighty Morphin Power Rangers: Once & Always, which will debut on April 19, 2023. Announcements for the Cosmic Fury will follow the special’s release exclusively on Netflix. To see the full reveal of the latest releases and upcoming content, check out the Livestream video using the following link.

What do you think of the Cosmic Fury Ranger suits? Are you excited to see the new Ranger suits in action? Will you be collecting the toys for the new series of Power Rangers? Let us know on social media and keep following The Illuminerdi for more Power Rangers content. 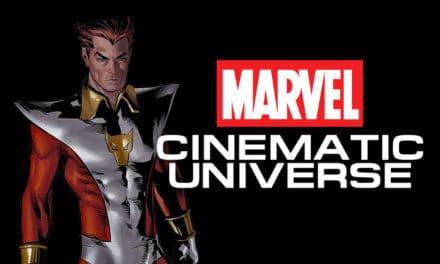