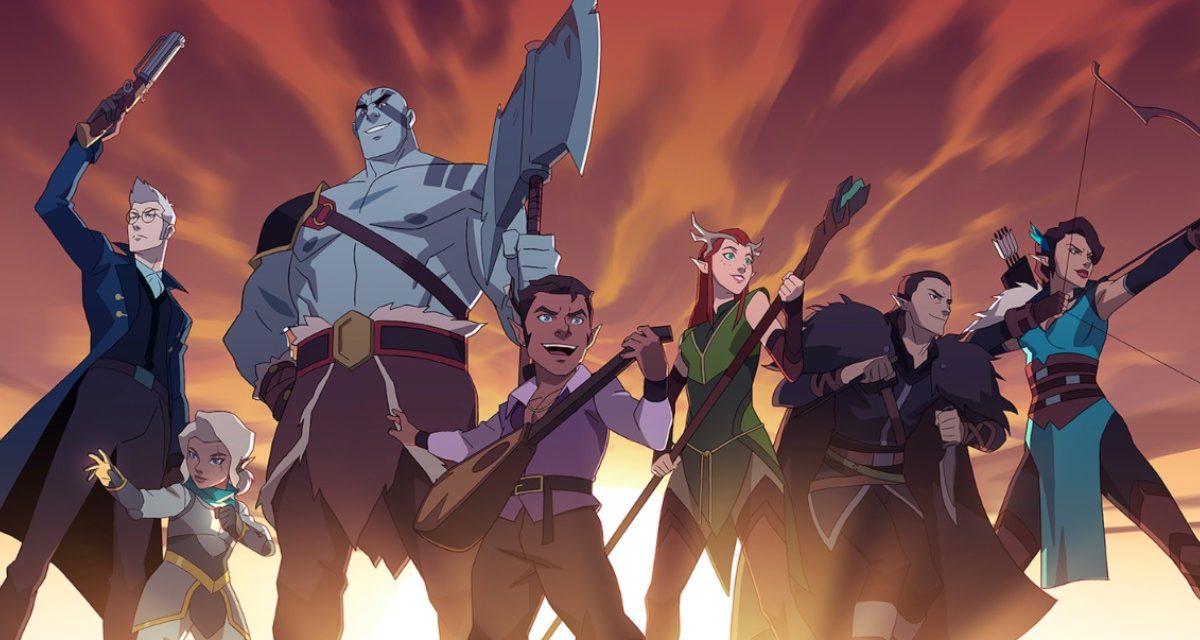 The show is an adaptation of the Critical Role Dungeons & Dragons campaign, but this show stands completely on its own, and familiarity with D&D is not required for a fantastic viewing experience. The first season follows the band of mercenaries known as “Vox Machina” as they fight to become protectors of the realm. The unruly band of misfits consists of a healer, a gnome-bard, a berserker, a gunslinging nobleman, twin elves, a half-elf Druid, and an armored Grizzly bear. The chemistry of this unique team is thrilling, hilarious, and occasionally quite tragic.

GET TO KNOW THE LEGEND OF VOX MACHINA BEFORE SEASON 2

Pike Trickfoot (Ashley Johnson) is the foul-mouthed healer with a heart of gold, and a need to protect those around her. Grog Strongjaw (Travis Willingham) is a goliath barbarian whose rage is only matched by his gentle, oaf-ish demeanor outside of combat.  Scanlan Shorthand (Sam Reigel) is a fast-lipped, sex-addicted, string-strumming chad who’s trying to rise above his hedonism and cowardice. Vax (Liam O’Brien) and Vex (Laura Bailey) are the Elf-Twins bound together through an unbreakable (but unbalanced) bond of siblings, as well as an overpowering sense of self-preservation.

Keyleth (Marisha May) of the Ashari Air tribe is an insecure heir to the throne of her people who just wants to become the leader she is meant to be. “Percy” Fredrickstein Von Musel Klossowski de Rolo III (Taliesin Jaffe)  is an orphaned runaway seeking revenge at the end of a barrel. Trinket the Grizzly (Matthe Mercer) is just the sweetest armored bear you’ve ever seen. The creative team behind The Legend Of Vox Machina masterfully composed a team of adventurers who play into tropes of the genre while also bending those tropes in fascinating, never-before-seen ways.

Vox Machina blends adult comedy, stunning animation, electric action sequences, and a never-ending quest for self-improvement into a formula ripe for entertainment. The first season did an admirable job of developing an audience appreciation for and connection with these unlikely heroes. The Legend Of Vox Machina Season 1 ended on a great cliffhanger, as multiple dragons began flying towards the capital city of Emon.

The arrival of the dragons is one of the most breathtaking, shocking, visceral depictions of dragons ever displayed in television or film. The designs of the Chroma Conclave wyrms are unparalleled, and the intensity of their attack on Emon cannot be understated. After suffering heavy losses, the heroes of Vox Machina embark on a quest to defeat the dragons.

The first arc of the original series revolved around a dragon. While his defeat was no easy victory, the might of dragon-kind was not showcased with this level of violence and destruction prior to Season 2. The second episode of The Legend Of Vox Machina Season 2 splits Grog apart from the group while they confront a powerful Sphinx in search of guidance. Grog’s solo adventure is best left-unspoiled, so let’s just say that the berserker’s might is questioned in an epic battle reminiscent of Gym Leader fights from the Pokemon franchise.

The third episode of Season 2 is the beginning of a new arc for our heroes, as they seek out mystical artifacts that could give them the upper hand in the fight against the dragons. Each episode is uniquely captivating while following up the prior events of the series seamlessly. The only big question mark hanging over Vox Machina Season 2 is, in my opinion, that of Percy Fredrickstein Von Musel Klossowski de Rolo III.

THE LEGEND OF VOX MACHINA: WHAT IS GOING ON WITH PERCY?

Percy’s arc in the first season of The Legend Of Vox Machina revolved around gun violence, both thematically and literally. Percy was possessed by a demon as his bloodlust by firearm grew stronger. In the end, his weapon was destroyed and the beast was exorcized. But here we are, in the second season, and Percy’s use of a new “pepperbox” has gone unquestioned by his teammates. Is a new evil possessing Percy, or is the use of black-powder-based weaponry no longer holding this antihero back?

Only time will tell, but you better believe that we will be tuning in each week to find out the answers. The Legend Of Vox Machina Season 2 is an absolute triumph for fantasy storytelling. Vox Machina is giving recent installments of the Lord Of The Rings and Game Of Thrones franchises a run for their money. The voice acting is some of the best in western animation, the stakes are huge, and the heroes are delightfully flawed yet lovable.

The Legend Of Vox Machina Season 2 premieres on Amazon Prime Video on January 20, 2023. Let us know your thoughts on the new episodes in the comments below or on our social media!

KEEP READING: EXCLUSIVE INTERVIEW: THE LEGEND OF VOX MACHINA STAR ASHLEY JOHNSON TEASES THAT BEST BUDDIES GROG AND PIKE WILL GET INTO “A LOT OF SILLINESS” 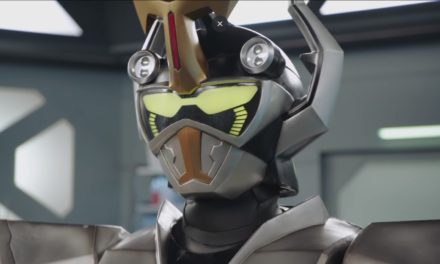