A new trailer for Tales of Symphonia Remastered released next month has been released. The most fan-beloved game from the Tales series will be releasing the action RPG with enhanced graphics and improved gameplay, which will be available on various platforms. The game will also be released on Nintendo Switch for the first time, with the latest trailer showcasing alliances and various unison attacks. The new trailer grants players a glimpse of the remaster of the popular title with gameplay as the highlighted feature.

Tales of Symphonia Remastered brings back the iconic game originally released on July 13, 2004. The action role-playing game was first released for the Nintendo GameCube in Japan but released on various platforms including Playstation 3. The game includes fully restored features including updated graphics and even improvements made to the gameplay of the action RPG title. As a bonus to fans, a Chosen Edition was also announced containing physical bonus material, which gifts collectors a metal case, art prints, stickers, and the base game.

The new trailer for Tales of Symphonia Remastered, which will be available on PlayStation®4, Xbox One, and Nintendo Switch™, and will be compatible with PlayStation 5 and Xbox Series X|S on February 17, 2023, focuses on the gameplay features that players will be able to discover when they embark on their quest to regenerate the world. It is no easy task, but techs and unison attacks will help you defeat your enemies. Plus all the weapons and armor available will help you on your journey.

In the game, players will be able to explore the vast decaying world in order to regenerate Sylvarant while saving Tethe’alla. To do so they will be able to use powerful techniques and unison attacks with their team to defeat powerful foes. In addition to the weapons and accessories that can be found in the world, crafting will also allow the party to regenerate and keep going as they will need all their strength and friendship to succeed in their perilous quest to regenerate the world.

The stunning visuals featured in the trailer show a momentous change in the graphics compared to the original game. The active gameplay is a fantastic feature as many JRPG titles often use a turn-based system. The character selection and diverse unison attacks will keep the experience engaging and thrilling as the teams formed could grant various attack combinations. A lot of fans will be itching to play this iconic release along with the abundant new features exclusive to the remaster.

The fight for freedom and a better world is in full force in Tales of Symphonia Remastered, a remastered version of one of the most beloved Tales Of stories.

What do you think of Tales of Symphonia Remastered? Did you play the original release? What new features are you excited about in the remaster? Do you hope other games in the series are remastered or would you prefer all new titles to the franchise? Let us know on social media and keep following The Illuminerdi for more gaming news. 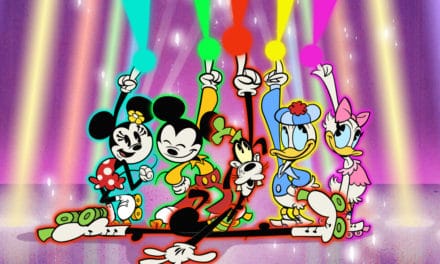