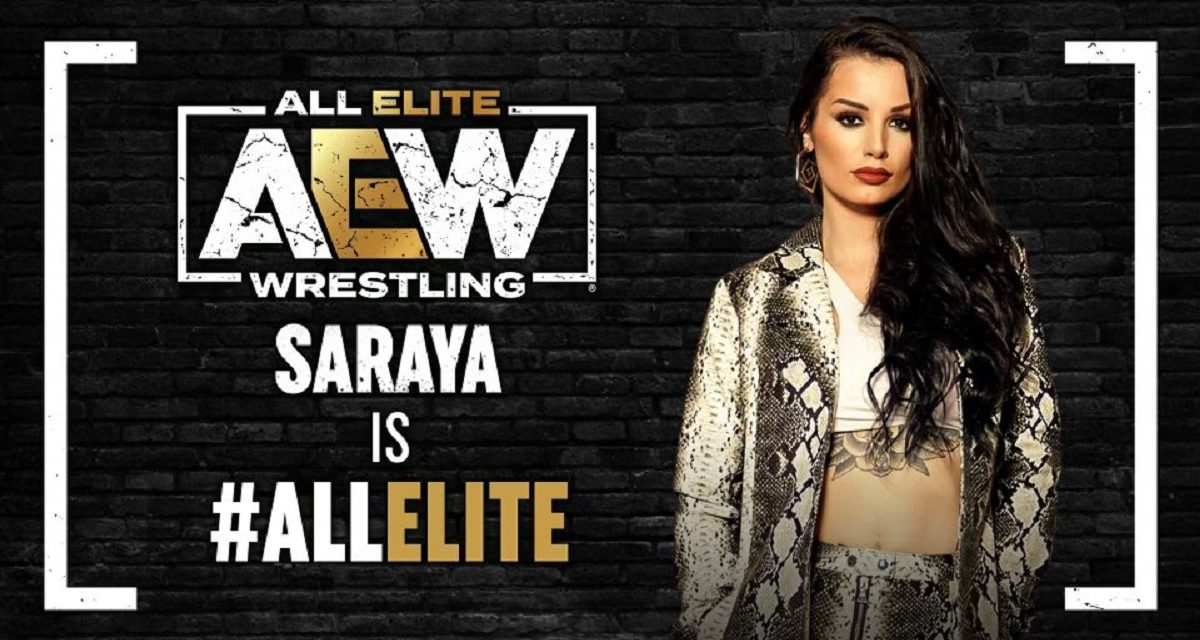 Saraya also known as Paige in WWE made her debut in AEW and declares that AEW is her house.

Saraya Is Back And She Is All Elite

However, the big highlight of the night came after the AEW Interim Women’s World Championship match. Storm was able to retain her championship, but Baker, Deeb joined by Jamie Hayter attacked Athena and Storm after the match. During the beatdown, help from an unlikely source came to the ring and made her big debut.

During the beatdown theme music hit and Saraya walked out to a huge ovation by the fans. Baker, Deeb and Hayter all scattered from the ring as Saraya made her approach.  Athena and Storm later joined Saraya in the ring and hugged it out.

Will She Be Wrestling?

Saraya’s return to wrestling and her big AEW debut brings up some very big questions for her role and future in AEW. The most notable is whether or not she will be wrestling. The heels fleeing the ring would seemingly imply she is a physical threat and will wrestle.

Saraya joined WWE as Paige in 2011 debuting in FCW before it was rebranded as NXT. She went on to become the first ever NXT Women’s champion and a two time Divas champion. The sky was the limit for the young star, but then serious injuries began to plague her career.

Injuries Kept Her From Her Full Potential In WWE

Saraya underwent neck surgery in 2016 and was out for a long time, but returned in September 2017.  She was the leader of the Absolution faction which included Mandy Rose and Sonya Deville.  However, in November of the same year she suffered another neck injury.  This injury has kept her from wrestling since.

In the past year or so Saraya had expressed an interest in returning to return to the ring. She also implied that her neck injury had healed enough that an in-ring return was not off the table. However, WWE medical was not able to clear her for a return to the ring.

RELATED: THUNDER ROSA TALKS ABOUT DEALING WITH INJURIES AND THE GUILT ASSOCIATED

WWE put Saraya in a GM role and other non-wrestling roles since 2017, but had used her very sparingly. This is where she lingered until this past July when she announced she was no longer with WWE.

Another (Formerly?) Injured Wrestler Returning To The Ring

Fans hope to see Saraya return to the ring soon. If she is able to return to the ring she won’t be the first in modern wrestling or the first in AEW. Top AEW contender Bryan Danielson was forced into retirement because of concussions, but he just wrestled for the AEW World Championship the same night Saraya debuted. WWE Superstar Edge returned from a serious neck injury and his old tag team partner Christian Cage has been wrestling for AEW for a while now. Returning to in-ring action after a serious injury is no longer impossible like it was in the past.

Hopefully the wrestling community will get an answer to whether Saraya will return to the ring on this week’s AEW Rampage or next week’s AEW Dynamite. I hope we will see her actually wrestling very soon.

Are you excited to see Saraya joining AEW?  Do you think she will be wrestling or will it be a manager or some other kind of role? If she is able to wrestle would you like to see her feud with Baker or do you have someone else in mind? Since Saraya came to AEW do you think a fellow member of the women’s revolution named Sasha Banks could be shortly following her? Let us know over on Twitter if you would like to see Saraya form a faction with Deeb and Athena. 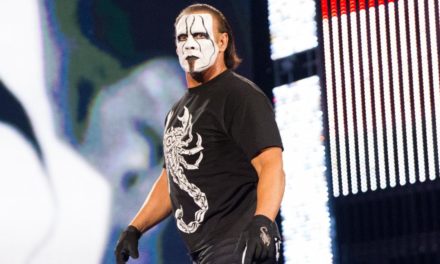 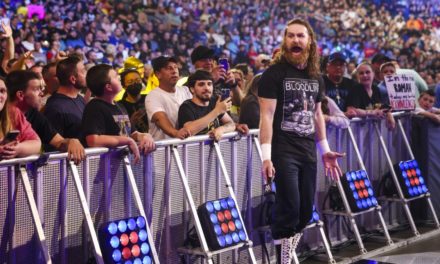 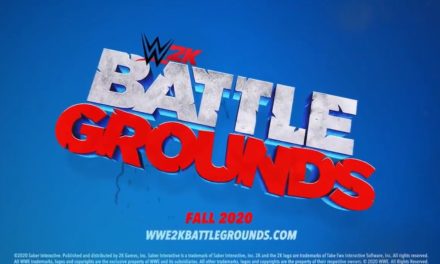