Andor has finally premiered with the first three episodes now available on Disney Plus. The gritty espionage thriller explores the origins of Cassian Andor and how he became one of the Rebellions top spies. However, the series also introduces some exciting new antagonists that Cassian will need to face including Syril Karn (Kyle Soller) the Deputy Inspector for the corporate authority which covers the planet Cassian lives on and Dedra Meero (Denise Gough) a Supervisor with the Imperial Security Bureau who is looking to clime the ladder within the Empire.

During the press conference Kyle Soller revealed what attracted him to the role while Denise Gough revealed how her character, Dedra, fits into the story of Andor. Denise explained where Dedra is at the star of Andor while also teasing how these two characters will eventually come together in their hunt for Cassian Andor.

“So Dedra is an ISB officer. And when we meet her, she’s at the kind of low end of the ladder. And she’s incredibly ambitious and meticulous. And what I love about playing her is that she’s in this very male-dominated world. And she’s seeing around her the way that people are missing what she can see is happening.

And we’ve been talking a lot about this today, both about Dedra and Syril and how they come into this world. They’re sort of outsiders within the ISB. And so yes, she’s clawing her way up the ladder. And I love portraying the effect that power just has on a person, like the danger of that pursuit of power and control, regardless of gender.”

RELATED: ALL THE STAR WARS CELEBRATION 2022 DISNEY PLUS ANNOUNCEMENTS YOU NEED TO KNOW!

These are not the usual powerful villains within the Empire that Star Wars has so often explored like Darth Vader, Grand Admiral Thrawn, or even the Emperor himself. Instead Andor is exploring those within the Empire that are ambitious and cunning in their need to gain more power and authority. It will be interesting to see how these two characters eventually connect and how their hunt for Cassian impacts their lives, especially knowing how Cassian’s story continues after Andor.

During the Andor press conference Kyle Roller revealed how Tony Gilroy’s writing initially drew him to the role of Syril Karn while also teasing a bit about his character’s backstory.

“Well, what attracted me to the role was Tony’s writing. He had created a character that was really three-dimensional and had a big question mark over him as to he could kind of go either way. He could go into the Empire. He could go into the Rebel Alliance. And he’s got a lot of gray area. And he came from a place of such lack and it’s such a pain in his home life, that he’s trying to fill this void within himself through the fascist, corporate, bureaucratic structure, where he finds order.

And he finds a place to be seen if he can supersede his station and climb those ranks. And so really, what Tony created and having a character that wasn’t really sure about himself was what kind of made it the most fun to play.”

Syril’s need for order and power is an interesting way to draw him into the Empire. The Empire, especially in Andor, leans into the cold almost corporate feel with backstabbing and ambition as a driving force for many of the characters. Syril’s desire to go beyond the life he was born into will undoubtedly play an important role in why he is drawn to the power or Imperial life. Andor is set during the height of The Empire’s power with the Rebellion still finding its footing and not yet a centralized, organized group.

During the press conference Denise gave an interesting insight into her character specifically the pride Dedra Meero has about working for the Empire.

“I think Dedra is so proud of herself that she’s working in this incredible organization. I had a scene where I had to walk into the building and I remember thinking how great she feels in that uniform, like everything about working for the Empire is everything that she wants. And the thing that’s really frustrating for her and what was really brilliant was the things that really annoy her, when I was sitting, there’s another character in this office who he’s kind of messy and like his uniform was a bit messy and he was slouched.

And as Dedra, I was like “Oh my god, sit up.” Like it just appeals to everything, her meticulousness. And then when she meets Syril, like I remember the first time Kyle and I worked together and I go he’s so clean, I just love how tidy and tight and clean and they just are gonna live happily ever after in a really tidy clean house in space. Some tidy little dogs. But, so she’s proud of being part of this. And she wants to really make her mark in this industry of the Empire.”

Dedra and Syril are primed to be a compelling team with similar ambitions and a need to hunt down Cassian Andor that could lead to their ruin. The cold and competitive nature of the Empire has lead to many dark ends for Imperial characters since the very beginning of Star Wars. And while Cassian Andor and Mon Mothma are presumably safe throughout the new series, the same can’t necessarily be said for these new characters.

Andor has the opportunity to explore a new side of the Empire with Dedra and Syril. These are not high ranking characters within the Empire instead the series will be able to explore what it is like within the Empire for lower level officers and how the corruption and darkness permeates it at every level. Andor’s dark, gritty, and more mature tone is the perfect avenue for digging into these characters.

The first three episodes of Andor are available now on Disney Plus with subsequent episodes debuting each Wednesday. You can watch Rogue One on Disney Plus now. Are you a Rogue One fan? Are you excited to watch Andor? Are you looking forward to exploring this era in Star Wars? Leave your thoughts in the comments below or on our social media and check back with The Illuminerdi for more Star Wars and Andor. 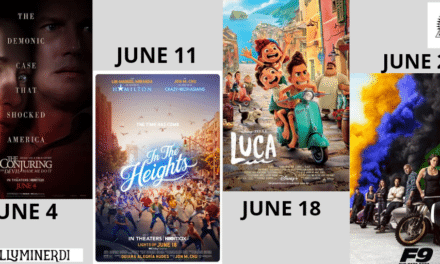 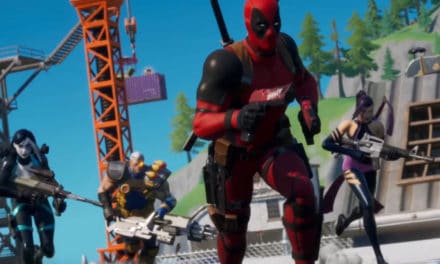