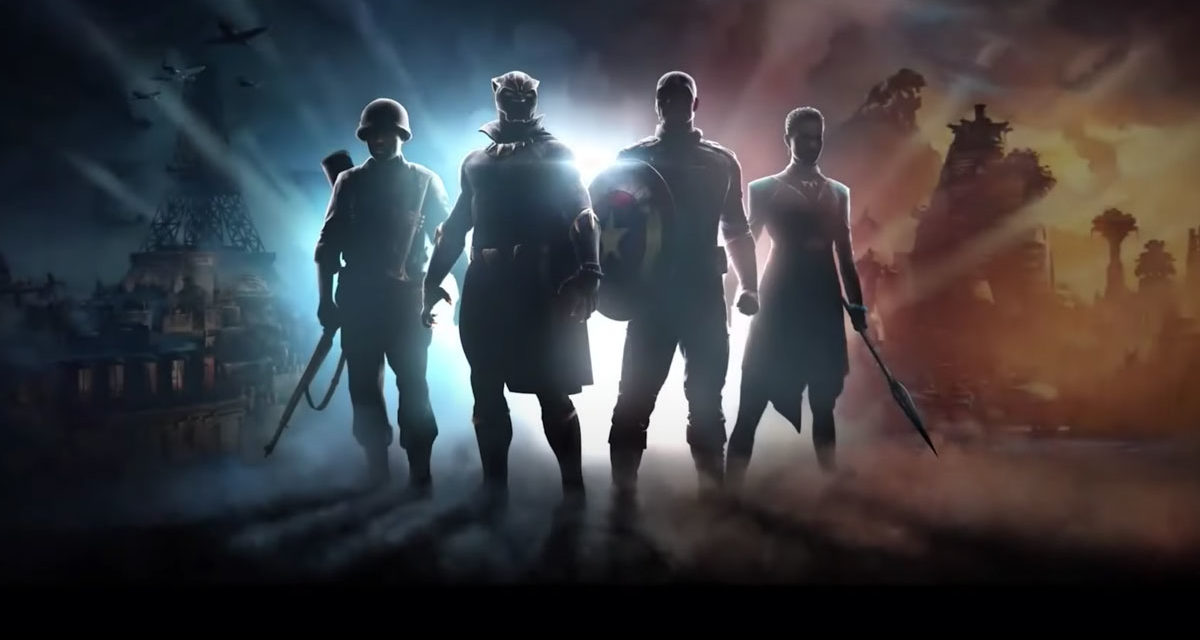 D23 is officially underway, and Marvel Games came out in a big way!

The untitled game comes from the creator of the Uncharted series, Amy Hennig, and Skydance New Media.

The surprise of the night was the reveal of Skydance New Media and Marvel’s first collaborative project, a narrative WW2 game focusing on four different characters, including Black Panther and Captain America.

Although the trailer didn’t reveal the game’s title, it’s more than enough to get any Marvel fan excited.

Check out the trailer below.

The short trailer begins with a classic 1940s-era song as the Skydance and Marvel logos sprawl across the screen. The trailer then opens on a Paris rooftop during the winter, with the Eiffel Tower in the distance.

The trailer then switches to a shot of an alleyway with a WWII-era car parked next to a building. A quick cut, and we get a glimpse of a cluttered desk. We get a good look at a few pieces of wartime propaganda and flyers on the desk before it pans over a journal and military knife.

The music starts to fade as a pistol, Hydra documents, and a Hydra captain’s hat are revealed. Finally, we see Captain America’s shield front and center, including the four claw marks scratched into it. The quick shot gave fans a complete understanding of the game’s protagonists. The vibranium shield is nearly indestructible, so only another vibranium source could make those claw marks, Black Panther.

The trailer gives a brief look at Captain America and Black Panther confronting one another before the words “KING, CAPTAIN, SOLDIER, SPY” cover the screen. The trailer ends with a shot of a soldier, Black Panther, Captain America, and a Wakandan spy. These are our four playable characters, the king, captain, soldier, and spy, respectively.

Finally, the tagline for the game: Four Heroes. Two Worlds. One War.

Thanks to the press release, we know that the game is a narrative-driven adventure game whose story includes four characters, each playable at different points in the game.

Players will play as the Black Panther Azzuri, Captain America, the Wakandan spy Nanali, and Gabriel Jones, a member of the Howling Commandos. The press release did not directly state if it was a single-player or co-op game, but it seems like it will be single-player focused.

Besides the setting and characters, the showcase didn’t reveal much more information about the game. Upon the first assumption, you may assume it would share similarities with DC’s upcoming Gotham Knights, but that doesn’t seem to be the case.

Amy Hennig did incredible work during her time with Naughty Dog on the Uncharted franchise. This untitled game is her first project with Skydance New Media after joining Skydance and establishing the new division in November 2019.

Check out the official synopsis below.

Skydance New Media and Marvel Entertainmen’s upcoming narrative-driven, ensemble adventure game is set in the Marvel Universe and features an original story that will take players on a WWII-era adventure with four playable heroes at different points in the story: a young Steve Rogers, aka Captain America; Azzuri, T’Challa’s grandfather and the WWII-era Black Panther; Gabriel Jones, a U.S. soldier and member of the Howling Commandos; and Nanali, leader of the fledgling Wakandan Spy Network. Skydance New Media is helmed by award-winning writer and director Amy Hennig. This title marks the first initiative from the new AAA game studio.

Based on that, it sounds like the game could be more like the Uncharted series than we thought.

No release date or window is attached to the untitled Captain America and Black Panther game.

Are you excited about the Captain America and Black Panther game? What kind of game do you think it’ll be? Could any other Marvel characters be in it? Let us know in the comments below or on Twitter, and check back in with The Illuminerdi for D23 coverage all weekend. 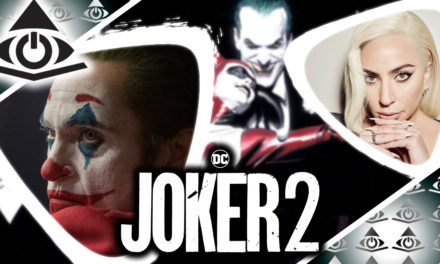 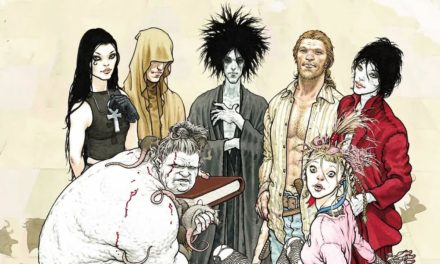 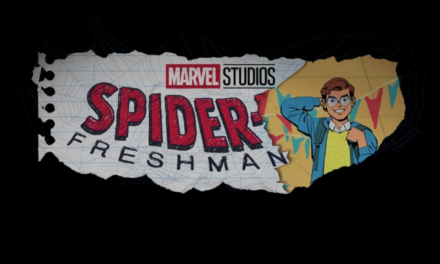 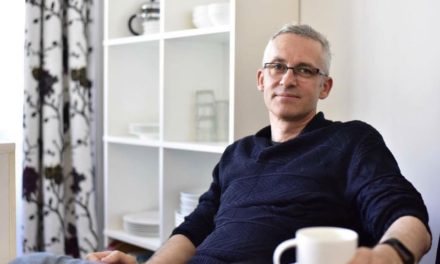