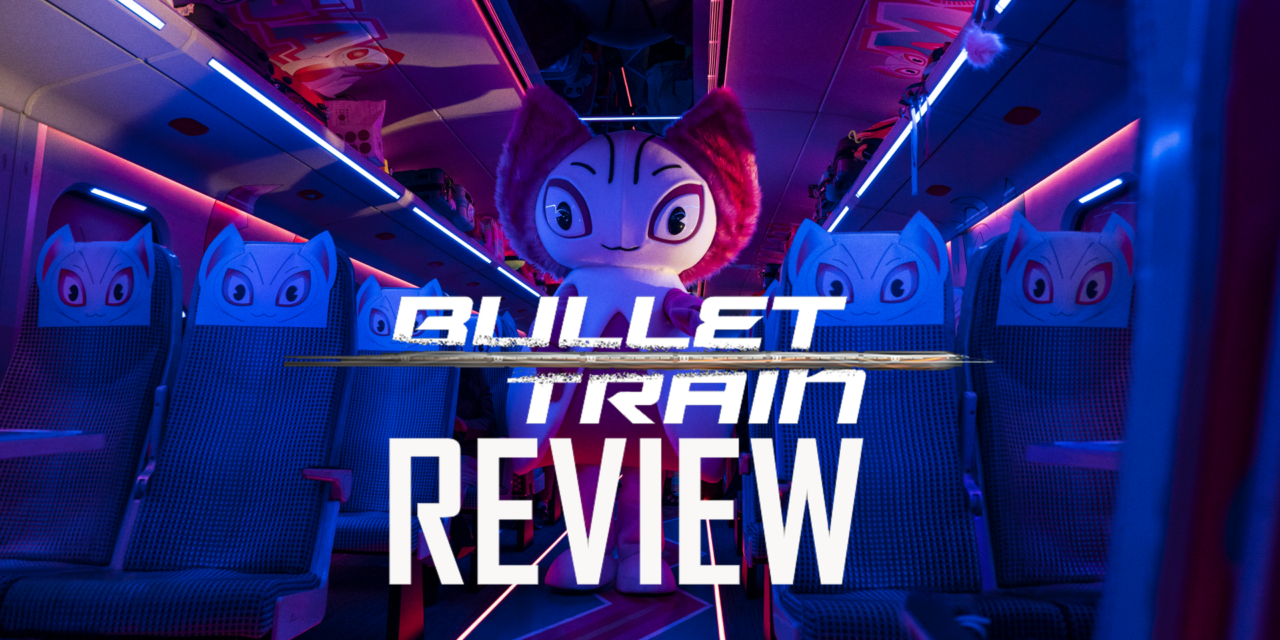 The temperatures may still be rising, but the summer box office is approaching its final stop. It has had a lot of hits and misses, but overall has been a great welcome back to theaters, despite the gas costing as much as a ticket and the forced watching of Nicole Kidman’s AMC commercial before every show. She is an incredible talent who I will watch in any show and film, but not in the third forced AMC commercial before a movie starts. Anyway, the 2022 summer box office film slate may be reaching the end of the line, but it is definitely still going full speed ahead with Sony Pictures’ flippant action-comedy-thriller, Bullet Train.

Bullet Train is about a snatch and grabber returning to work after taking some time to work on himself. His new handle is Ladybug, a tongue-in-cheek codename referring to his biblical levels of bad luck. A montage of examples, and almost every major plot point, works in support of how bad his luck is. However, his handler does offer a counterpoint of it being good luck as he does come out alive and generally better off. But as his simple snatch and grab job goes completely off the rails into a full-on criminal conspiracy, it’s hard to think anyone unfortunate enough to be in the situation of the film is lucky in any way.

David Leitch and Writer Zak Olkewicz engineer a brilliant puzzle across multiple perspectives. Bullet Train is essentially a movie about multiple people who realize they have a connected story. Leitch masterfully switches tracks to highlight the cargo of baggage each character hauls and how they all connect. What’s more impressive is that despite the characters’ intended stops, they’re all headed to the same destination. The symbolism in Bullet Train is quite poetic, but can easily be overlooked because of the irreverent characters and rampant violence.

The driving force that powers Bullet Train is Leitchs ability to interweave incredible action, visceral violence, and witty and poignant humor into a surreal but grounded experience. The movie gets outright cartoony at some points, not including the literal animated scenes, but never feels impossible. This grounded feeling heightens the emotional investment and will get audiences to care about sociopathic assassins. Without giving too much away, you realize Leitch is a master at his craft when you feel a gut punch about unfortunate things happening to a guy you saw drop severed limbs into a meat grinder.

The topper of it all is that Leitch doubles down on the train motif, with a character who codifies people and their personalities based on characters from the Thomas & Friends franchise. It is as ridiculous as it sounds, and is equally brilliant.

Bullet Train features an all-star ensemble cast that all delivers. Brad Pitt as Ladybug will take the sympathy of the audience and run with it. He’s just a guy who wanted to do a job but instead is forced to fight for his life. He truly makes you believe he is innocent and unconnected to the death and destruction that occurs around him. Then there are the twins, Lemon and Tangerine, played by Brian Tyree Henry and Aaron Taylor-Johnson. Two actors, six first names, and one hell of a duo. These sociopathic killers will win audiences over with their deep and combative bond. These two are so in sync and so mean to each other, that it radiates siblings.

The show stealer of the film is Joey King. King is frighteningly coldhearted and switches on a dime. She is constantly playing against her costume of an innocent schoolgirl. It is no easy feat to be that menacing in bright neon pink, but because of her masterful performance, that bright outfit contrasts her darkness and really makes her evil shine. Then she switches to embrace her get-up, and it serves to compliment that performance! King delivers a truly powerful performance and I can’t wait to see her be the bad in more films to come.

A few other performances I want to note are Andrew Koji’s, Hiroyuki Sanada, and Sandra Bullock. Sandy B lingers throughout the entire movie, and she’s just a voice on a phone. She is a top-tier example of a great performer who can also deliver a great voice-over performance. Something many studios don’t quite understand, especially when they rely on big names for their animated projects. Andrew Koji delivers a strong dramatic performance as a struggling father who gets in over his head. And Hiroyuki Sanada gets to show off some of his comedy chops. He is definitely still playing to his typecast in the US market, but he is given a lot more than usual and thoroughly nails it.

Where My Opinion and Numerous Others Might Hit a Crossroad

While I thoroughly enjoyed Bullet Train, I feel there are some things about it I feel lessened my experience. First of all, the less you know about the cast the better. This isn’t referring to knowing the performers’ bodies of work or personal lives. It’s, that the fewer people you know are in the movie, the better your experience will be. Luckily most of the big reveals are not featured in the trailers. In fact, only one reveal, though pivotal, in the trailer lessened the impact. But reading the IMDB ruined another. It is a difficult line to toe, as you do need to market your films, and these names are extremely marketable. But the less you know the better.

Second, another hard-to-avoid problem, not everyone in the cast is fully utilized. A slight spoiler, that’s in the trailer, Logan Lerman is not fully utilized. His part was pivotal to the story, just not a full example of what he can do. In similar capacities, Karen Fukuhara and Masi Oka. Oka and Fukuhara, like Lerman, play their parts well. But also do not showcase a fraction of their range that audiences already know. Especially in Fukuhara’s case. It’s especially evident in her case because of the type of film it is. However, having them in the movie does add to the mystery, which if that was the purpose, is very well done.

Lastly, there are two points where many will focus their disapproval: run-time and depth. Bullet Train is over two hours long and doesn’t play too many notes. For many, it might seem that this train is going full-speed in a circle and needs to just get to the last stop a lot faster. A valid complaint but I feel it works. Then there will be the overly critical who will call this mindless violence. The film is very macabre about human life, much in the heir of many R-Rated action films, or action films in general. But it is an intricately engineered masterpiece of the genre that utilizes masters of their craft to make high art.

Bullet Train is not a movie for everyone. The rampant violence, numerous deaths, and bitingly-witty dialogue are not for everyone. But if you’re into that kind of thing, this movie is top-tier in every category. It’s a bunch of masters of their crafts who came together to make an incredibly fun and exciting movie. It might not be an arthouse thinker that many critics expect every movie to be, but it is by no means a shallow film. If you’re a fan of the genre, and of a wide variety of films, you’ll see the incredible craft that went into making this tremendously enjoyable film.

All Aboard For a Great Time at the Movies

Sony Pictures has engineered the perfect final stop for the 2022 summer action blockbusters. It is a non-stop thrill ride of off-the-rails action, billowing wit, and an ensemble of smooth operators. Ironically, the less you know about the film, especially when it comes to who is in it, the better your experience will be. Luckily even with the trailers, and looking up the IMDB, there are still plenty of surprises. Bullet Train is this summer’s sleeper hit.

Does Bullet Train have after-credits scenes?

The film has one mid-credits scene very early into the credits.

Do you already have your tickets to Bullet Train? What kind of twists are you predicting? Are you okay with a lot of blood in a movie? Let us know what you think and share your reactions with us on Twitter.

TLDR Sony Pictures has engineered the perfect final stop for the 2022 summer action blockbusters. It is a non-stop thrill ride of off-the-rails action, billowing wit, and an ensemble of smooth operators. Ironically, the less you know about the film, especially when it comes to who is in it, the better your experience will be. Luckily even with the trailers, and looking up the IMDB, there are still plenty of surprises. Bullet Train is this summer's sleeper hit. 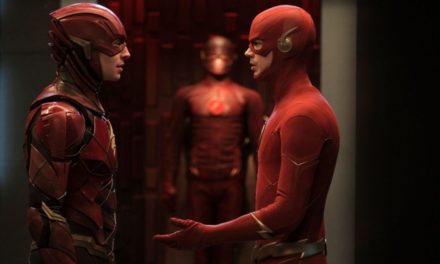 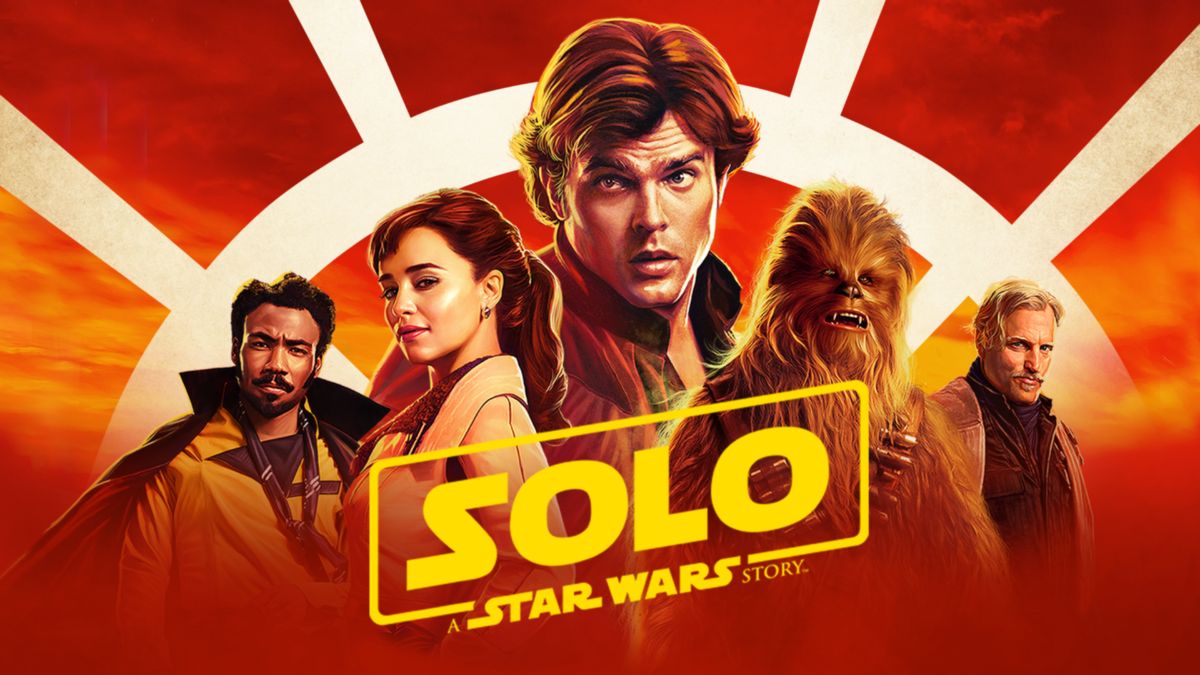 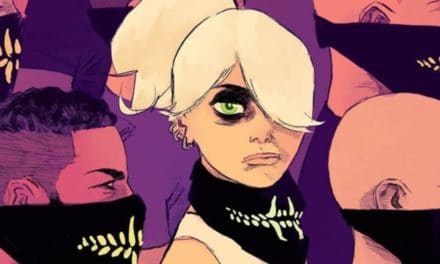 Something Is Killing The Children #6 Review 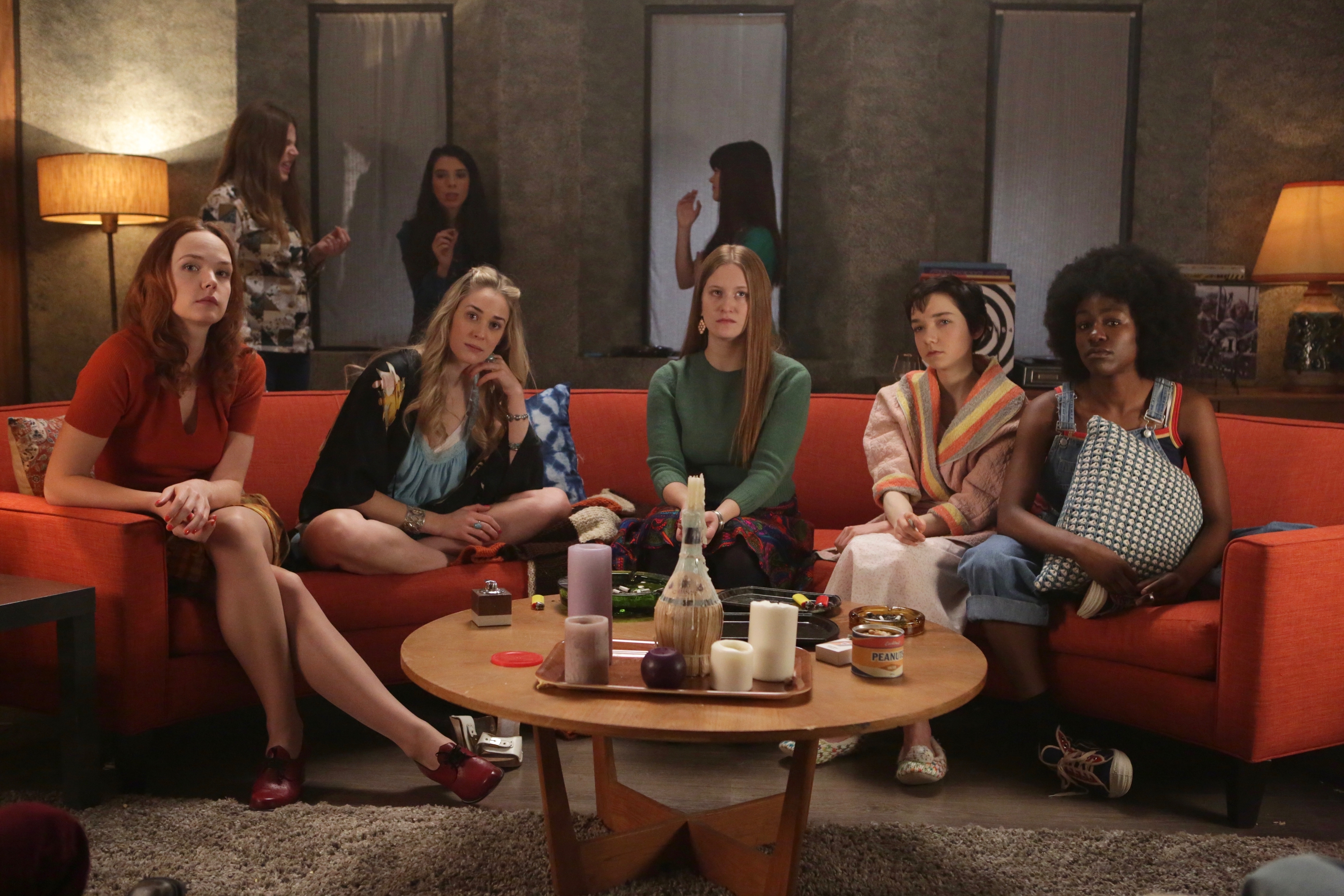