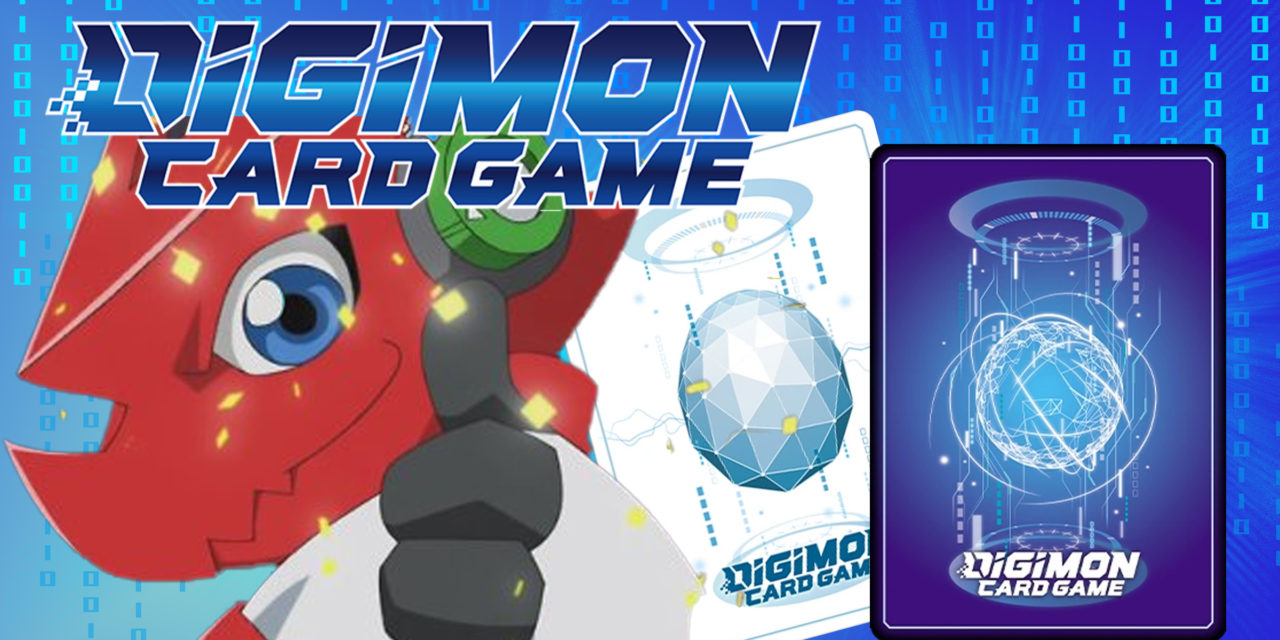 The Digimon Card game is the latest release from the Digimon franchise that has been completely improved compared to the original. Since its release, various starter decks and expansion packs have debuted, which has spoiled fans for choice. There is an abundance of amazing art found on these cards, which include various Digimon characters in stunning visuals and environments. New types of cards have also changed the strategies of Players for the game, such as allowing Jogress(DNA) Digivolution with cards that are duo colors. This review on the card game will cover its amazing core gameplay mechanics and the card variety that any Digimon fan will love.

The brand’s first card game was released in Japan in 1997 and was known as the Digi-battle Card Game in the US. The release for the US was in February 2000 but ended in 2001 when Bandai transitioned to the Digimon D-Tector for Season 4 (Frontier). The card game wasn’t as successful as the Pokémon card game, which continues today. Despite season 3 (Tamers) using cards as part of the gimmick, Digimon never found its footing as a Trading Card Game till now.

The new Trading Card Game(TCG) was released in 2020, following the release of the Digimon Adventures reboot. Popular demand had the game released in English in the west and featured new gameplay mechanics compared to the card game released in the 90s. The card game is a competitive trading card game that has each player’s Digimon in the battle area attack the opponent. With one general deck and a mini deck for hatching infant Digimon, the main goal is to win by attacking the opponent after deleting all their security cards.

RELATED: VITAL BRACELET BE TO MAKE GRAND RELEASE IN THE UK

This new card game features the Digidestined and Digimon of the Digimon Adventures reboot of 2020 and includes a variety of Digimon ranging from the most iconic TV series and movies to exclusive Digimon seen in games and comics. The cards that can be played in a turn depend on the memory cost and the types of cards in the Digimon card game include the following.

The game in general is quite simple but there are many elements that are considered in the gameplay. In terms of a player’s turn, there are only a few phases, but the flow always remains the same. The great feature of the Digimon Card Game is how there are many possibilities that can sometimes determine who the winner will be no matter how far into the game. This is different from Yu-Gi-Oh where the advantage is often clear but having strong cards on the field doesn’t always guarantee victory. A player’s turn has the following phases, which they use to make their moves.

RELATED: CRUNCHYROLL GOES PLUS ULTRA AT NYCC 2022 WITH NEW SERIES, EXCLUSIVES, AND GAMING

The memory gauge is one of the most important parts of the gameplay as the more you go over the amount of memory you have, the more you give the opposing player for their turn. This can affect what moves the players make as attacking doesn’t use memory by default, so trying to use other cards may cost the rest of the turn, since going over the memory to more 1 on the player’s side instantly starts their turn once all effects have finalized.

Attacking isn’t about destroying the little pocket monsters to win, instead, it is about the player themselves with security cards to protect them. The awesome fact about the security cards is that they can be anything in your deck, which can include cards with a security effect on them. Much like the relationship between the monster and the tamer.

It’s also great that young ones in training are incorporated into this card game, as they are often overlooked in a lot of releases, such as specific Digimon games like Digimon Masters Online. The Digimon having DP for their attack and defense also makes combat simple, but the Digimon effect and inherited effects can create a stack of combos that can change a battle outcome completely. DP is also what the Digiegg cards lack, meaning they must Digivolve to be used in combat. This is a great way to make the infant Digimon a separate tactic to use and not have to worry about.

The prime mechanics of Gameplay

There are many strategies that a player can use, which are often related to the main effects of the cards. However, every player always uses the general tactics set by the game to increase the chance of gaining the upper hand. Most are simple machines that are related to how the game is required to be played and do not require the effects of cards to activate. Despite being default game mechanics, players can always keep these methods in mind when planning their moves the action and reaction can benefit the player during their game. Here are some of the key mechanics that can aid a player’s tactical approach.

Many new cards will be introduced to change the dynamic, but the fundamentals remain the same in the gameplay mechanics. Unlike most TCG rules, the game has been set so that players can maintain their chance of options that will lead to victory. Simply keeping these gameplay fundamentals in mind will assist in defeating your opponent as each turn, these mechanics can always come into play. Alongside these decisions, the colors selection for your deck can also influence your strategy as certain cards have specific effects that work well for the play style of certain players more than others.

There are various color cards that highlight different effects and strategies, which are unrelated to the elemental stereotype seen in many Card games. This means that you might find certain colors would match your play style better based on the general effects that the specific-colored decks might have. Recent releases have also seen the use of duo color decks, which also allow for new mechanics such as DNA Digivolution and using two different sets of tactics in one deck. Although the effects can’t be specifically defined to one color, card colors usually use the following basis as seen in various starter decks.

Each of these deck colors often sees certain Digimon in their release, which includes the main protagonist in Red, the Holy one in Yellow, and the antagonist in purple. Currently, tournaments have seen an increase in the number of yellow decks being used due to their resistance against the attacks of opponents.

Recent decks being made have used the duo color format for more than one color to be present in a deck, which is also made possible with the monsters having two different Digivolution color options for their cost. It’s amazing that there are so many effects that can be used, and that any could match a player’s play style. The main opponent is certainly yellow decks due to security recovery, but new cards may change the status quo.

Boosters add to the diversity

More booster packs have been revealed for release this year, which include new additions featured in Tamers, Ghost Game, and X-Antibody. Although there are some great cards in previous releases, the trend of new cards will great a tougher challenge for old deck builds.

This includes the first-time Tamers with the “If less than 2 memory, put to 3” effect, which tips the balance in the user’s favor when given minimal memory for their turn. With Boosters, new cards are designed and introduced but all can be merged into a deck or even used to create a themed deck. Here are the highlighted booster packs available in the Digimon TCG, including the packs to be released later this year.

The early releases are mostly created based on Digimon Tamers and a special pack reusing art from the original TCG. More season-specific Digimon has slowly been seen in more boosters, which include both Season 2 and various Movie exclusive Digimon and Characters. A lot of people have used Hybrid Digimon in their decks for tournaments, which first featured in Great Legend [BT04]. The Digimon featured in this booster are seen in the 4th series, Frontier, which sees Tamers become Digimon in the show and now the TCG.

The latest Boosters have included Tamers characters and new option cards with Plug-in their name for Digimon Tamers, which disregard color if a Tamer is in play. More representation has been added but is gradually introduced, such as Digimon Ghost Game characters, which will be spread out in release in the following boosters.

The game has been an absolute rush to play, and it will be exciting to see how tournaments and releases change in the coming years. This trading card game has already gathered a lot of momentum and interest, with gameplay that is worth trying out. The concept of attacking security cards for winning, instead of attacking Digimon’s focus, may throw some people off at first, but the mechanics of the game always make every battle interesting.

There are various starter decks to get new players started, but it is always worth grabbing at least one of the latest new decks. If you wish to try out the game before you buy, try out the Digimon Trading Card Game app using the following link.

For more information regarding the Digimon Trading Card Game, check out the official website using the following link. The next booster to be released by Digimon TCG is Dragonic Roar, with Cross Encounter released on the 14th of October.

What do you think of the TCG? Have you play-tested the card game yet? What deck have you been battling with in tournaments? Let us know on social media, or in the comments below, and keep following The Illuminerdi for more content like this, we’re always watching. 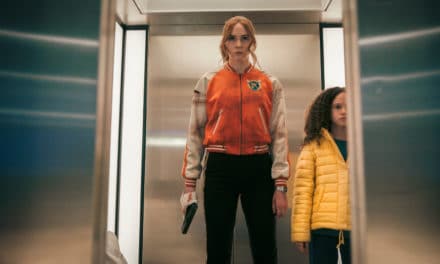 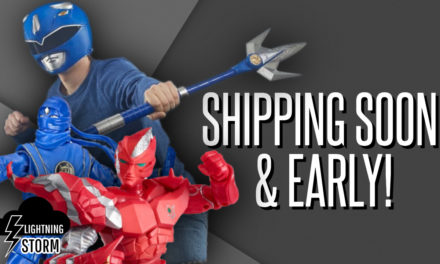 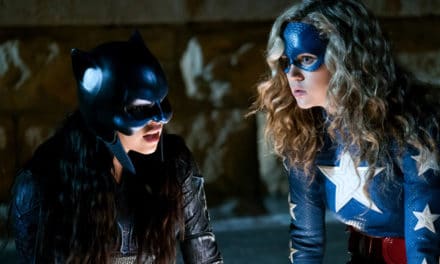 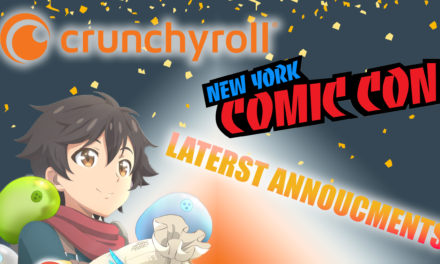