Forbidden Door is about to be a doozy.

AEW has more than big shoes to fill and rather a huge load to carry. You might as well call them Sisyphus, because its and uphill journey. See, AEW is doing something that is know as a “supercard.” That’s when a wrestling promotion puts on a show full of dream matches. And yes, there are some dream matches, because it’s not just AEW – they are partnered with New Japan to bring you Forbidden Door.

New Japan is possibly one of the best wrestling promotions in the word. Here’s the thing, AEW is currently riddled with injuries: CM Punk, Kyle Oriely, Kenny Omega, Brian Danielson. All these big time draws are down for the count, and it has made the line up for PPV events something that some are calling lack luster and a partial letdown. With that being the case, Tony Khan held a Press Scrum (impromptu press conference) to answer some questions, promote Forbidden Door, and calm our fears.

We were lucky enough to be included, so we’ll give you a run down of the stuff you wanna know about Forbidden Door.

Tony Khan has assured us that even with the heavy hitters gone at the moment this will be the show to watch. “Forbidden Door has sold well over 1mill in ticket sales and sold out. So a sequel is expected.” says Khan. he continues on to say: “There is currently one buy in for Forbidden Door, but tonight on AEW Rampage they will announce a few more matches that may be buy ins. Ultimately increasing the card of 9 matches to even more.

Many Forbidden Door questions were asked and many answers were given. Here they are in no particular order:

With Forbidden Door less than 48-hrs away, why should we watch AEW Rampage tonight?

Khan: Simply for the announcements, like I said we will be announcing more matches but there’s Jack Sabers mystery opponent who will be revealed tonight. There’s Orange Cassidy who would be a great US champion for New Japan and there is a possibility it may be exactly that willing to allow that and I am willing to allow to happen, but we will talk about it a little more tonight.

What is Jeff Hardy’s condition at the moment, can we look forward to seeing his return in the near future? And how does his recent action align with the current wellness policy at AEW?

Khan: Jeff is doing much better and doing the right thing. He was offered the chance and chose responsibility and decided treatment, where in he is doing much better. How we are working with Jeff is different than with Jon Moxley for example, because they are two different people. They are in different situations. The only thing that’s similar is that they are here at AEW. I spoke to Matt just the other day and Jeff is doing well in treatment and making a huge effort to get better and wants to get better.

To elaborate on the wellness policy, Mox stepped up and how? He stepped up and got help. You know we’re here for anybody that steps up and wants to get help, and hopefully they’ll come to us instead of it being under circumstance where they get themselves in trouble. But the most important thing is that they get the help, and I’m here to stand by anybody that needs help. We’ll get it.

I think the big point I would like for everyone to notice is that help is always available to anybody here. If anybody needs time off, if they have an issue? They can take it no matter how big a star they are; the most important person in the company in terms of drawing revenue, or somebody who is just starting to build momentum or just signed. They all have access to the same quality of first class treatment if they need it.

And then as far as everything else I think you know we do have policies in place about making sure people come in and show up to work, and that’s the most important thing. Then yes, there’s a testing policy. In particular, I just want to stress that we are here to offer help to anybody that needs it but that, I like I said, hopefully they would come to us and not get in trouble and then come to us.

Sure, we do have wrestlers that victory drink, and that is something that we don’t want to take away from them. But with all things, moderation is key. Now, we can’t play a blind eye to the troubles of drinking. We believe in drinking responsibly, just like in every alcohol ad. But still there is a culture of self medicating, and that is what we want to stop. Like I said, we rather they come to us before diving in so dep that addiction will drown them. We want to offer that life raft and help them to not only stay a float but get out of the deep end all together “

With all the talent you have, the momentum you are building, and the shows you are providing us, you are making us not only want more but crave it. Can we look forward to more PPV’s on top of what we are being provided?

Khan: We are definitely utilizing our reach with event episodes of Dynamite and Rampage like, Bash at the Beach, and Road Rage. But even with that, we do like our quarterly PPV’s. we don’t want to inundate the fans and have them break the bank once a month but from a business and revenue stand point it’s something to consider, but nothing I am willing to provide a definite answer as of yet. We got to keep you guessing and wanting more.

The Forbidden Door Pay-Per-View event takes place on Sunday June 26th. The Buy-In is scheduled for 6pm ET and is available on AEW’s YouTube channel.

AEW x NJPW Forbidden Door 2022 will be streamed live on Bleacher Report app in the United States and on FITE.TV everywhere else around the world. 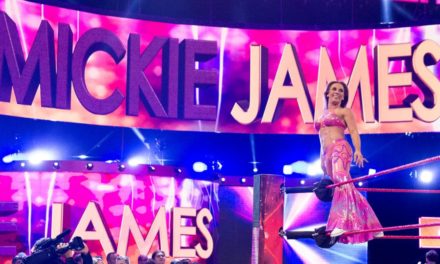 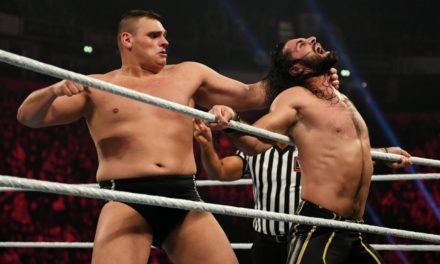 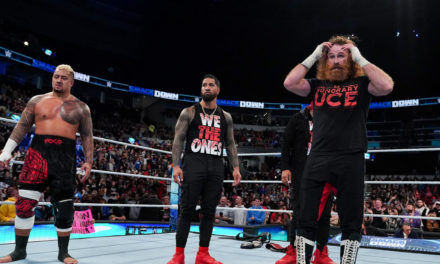