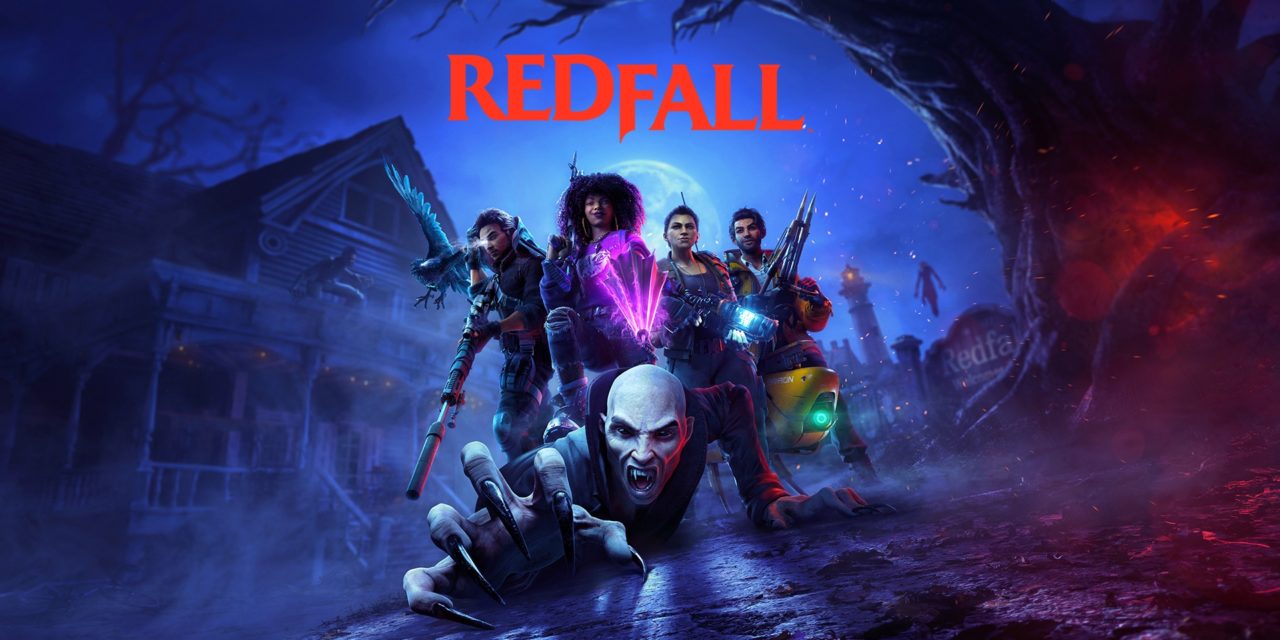 Originally slated to come out this summer when announced during last year’s Xbox & Bethesda Game Showcase, Redfall is now slated to release in 2023 with Day One Access via Xbox Game Pass. Redfall is an open-world, co-op FPS developed by Arkane Austin. Players can go solo or squad up to unravel the mystery behind the vampires’ appearance and siege of the Redfall, Massachusetts island town. These aren’t sparkly movie vampires, these menaces have blocked out the sun and cut the citizens off from the outside world. Get a glimpse of the madness in the official gameplay reveal trailer from today’s Xbox & Bethesda Game Showcase.

I am a huge fan of co-op gaming. particularly games designed for squads, so Redfall is high on my list. The game features a highly underutilized and often poorly represented mythological creature, vampires! I’m not talking about sparkly centuries-old weirdoes who are for some reason trolling around a high school. I’m talking about immortal beings who have all the time in the world to plan and utilize their supernatural abilities. The vampires in this game took over an island town, cut them off from the world, and blocked out the sun! These are vampires worthy of a garlic-infused bullet.

On top of worthy foes, there’s a unique and exciting group of heroes to play as. Each hero has different specialties and abilities that provide a wide of array of vampire elimination and teaming up. There’s the deadeye with an undead eye Jacob Boyer, who’s the stealthy sharpshooter. Remi De La Roa, the ingenious ingeniera, who slays night walkers with her ingenuity and robot buddy. Devinder Crousley, the cryptozoologist who is as deadly to cryptids as he is knowledgeable about them. And lastly Layla Ellison, a telekinetic threat in student loan debt.

The variety of gameplay per character, and in combination with each other looks incredible. In addition, it looks like players will have the options to plan out the attack head-on, stealthily, passively, or maybe just go with the flow. I’m hoping that it is possible to legitimately have part of the group set up a distraction for the rest of the group to go undetected. Though a lot of games have aggro systems, there hasn’t been one that really takes advantage of the full scope of the environment. Considering Redfall is an open-world game, maybe it’ll be the first to do it to the next level.

Though Redfall is taking a little longer than expected to release, it’s hard to be disappointed at what looks to be the next big co-op shooter. You got a unique and worthy group of enemies, a fun and unique group of friends, and what appears to be incredible gameplay. We maybe have to wait until next year, but it seems like it will be more than worth the wait.

Redfall will release on PC and Xbox Series X|S, with Day One Access on Game Pass in 2023.

What do you think about Redfall? Are you excited to finally have a game that lets you slay vampires? Do you prefer to play alone or with a squad? Let us know in the comments below and share you favorite co-op games with us on Twitter.