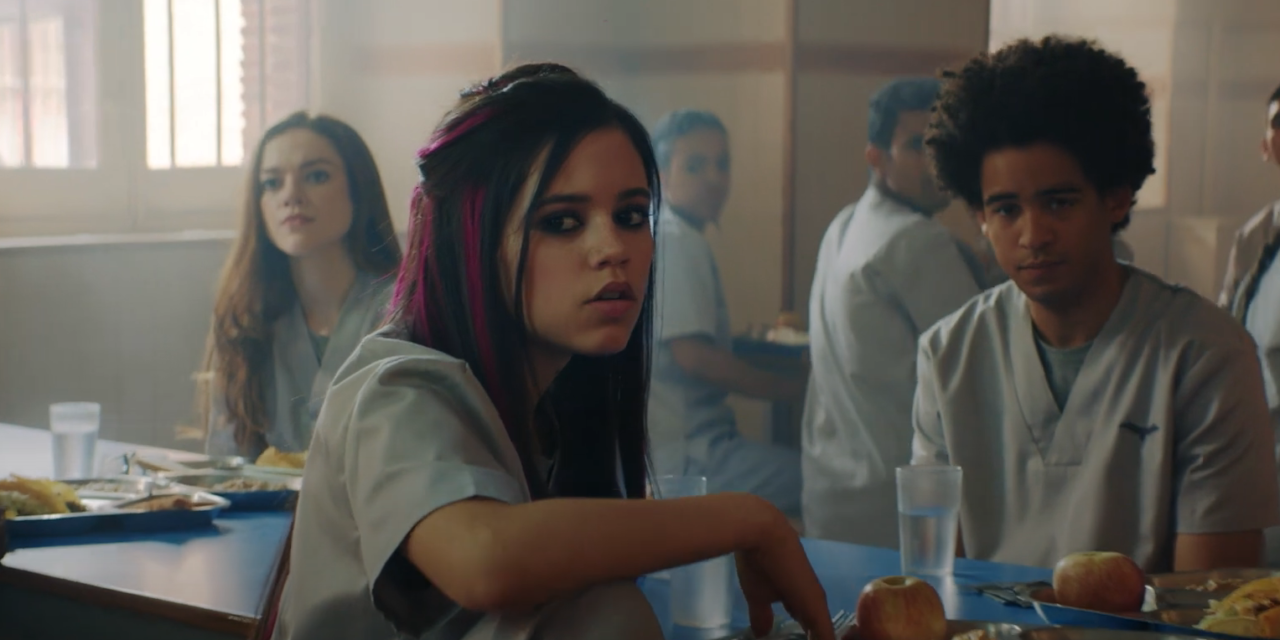 The trailer for the upcoming horror film American Carnage is here and it looks positively insane.  Body horror, cover-ups, and social commentary look to abound in the Diego Hallivis-directed film, and the cast he’s assembled is bloody impressive.  Check out the trailer below:

American Carnage looks like it could go crazy.  The topically-loaded setup involving immigration should absolutely get some heads turned onto the project, as should the cast and body horror element.  Horror has and always will be a breeding ground for social commentary of the day and I’d be surprised if American Carnage didn’t go for the jugular on some of the themes its trailer implies will be major aspects of its plot.  Beyond that though, I’m happy to see the body horror subgenre once again being employed in American Carnage.  The effects look suitably freaky and the hospital setting should make for good scares if fully capitalized on.

However, the most impressive thing about American Carnage is the cast it’s assembled: Jorge Lendeborg Jr (Spider-Man: Homecoming, Bumblebee, Love Simon), Jenna Ortega (X, Scream), Allen Maldonado (The Wonder Years reboot and Black-Ish), Bella Ortiz (Chicago Med) and Eric Dane (Euphoria, Grey’s Anatomy).  All of these performers have proven themselves multitalented thespians and the large and small screens before, but seeing them all come together for American Carnage should be exciting for anyone who’s followed their careers up to this point.

Ortega in particular is rising through the Hollywood ranks at an impressive speed and is currently shooting the highly-anticipated Scream 6. It looks like Ledenborg Jr. will have the primary lead here, so here’s hoping the film helps launch him into more prominent roles in the future.  His other credits of note include Spider-Man: Far From Home and the rising cult favorite Alita: Battle Angel.

It’s also worth noting that American Carnage is coming to us via Saban Films who have made their name from genre films over recent years.  From Bruce Willis-led films like Cosmic Sin and Gasoline Alley to the Olivia Cooke crime dark comedy Pixie to the John Travolta action movie I Am Wrath and the Mel Gibson vehicle Fatman, Saban has offered a home for low-mid budget films with big stars that make perfectly solid Friday evening viewings.  American Carnage seems to be following in the footsteps of more modern horror films like Get Out, Us, or Halloween Kills in that it aims to combine enjoyably gonzo gore and scares with a meaningful social message.

Add that the cast mostly contains some of the new generation of Hollywood’s rising stars and the expectations for American Carnage should be relatively high.

RELATED: The First Poster & Release Window For The Addams Family Spin-off Wednesday Has Been Released

The director, Diego Hallivis, has spent most of the last decade making short films across various genres, so we know he’s a man who likes to jump around rather than stay in one cinematic place for too long.  Based on this trailer, it looks like he has a good eye for appropriately off-putting horror imagery, and with the impressive cast at his disposal, I expect a thoroughly entertaining and potentially thoughtful wild horror ride.  We’ll find out what American Carnage has in store for us when it slashes its way into select theaters as well as Digital and On Demand on July 15, 2022.  Here’s hoping for a bloody success.

What are your thoughts on the trailer for American Carnage?  Are you excited to see such a strong cast of rising stars together in the fight for their lives?  What’s your favorite Jenna Ortega performance so far?  Let us know in the comments below and on our Twitter.