Wicked The Movie Scheduled to be Broken Up into 2 Parts 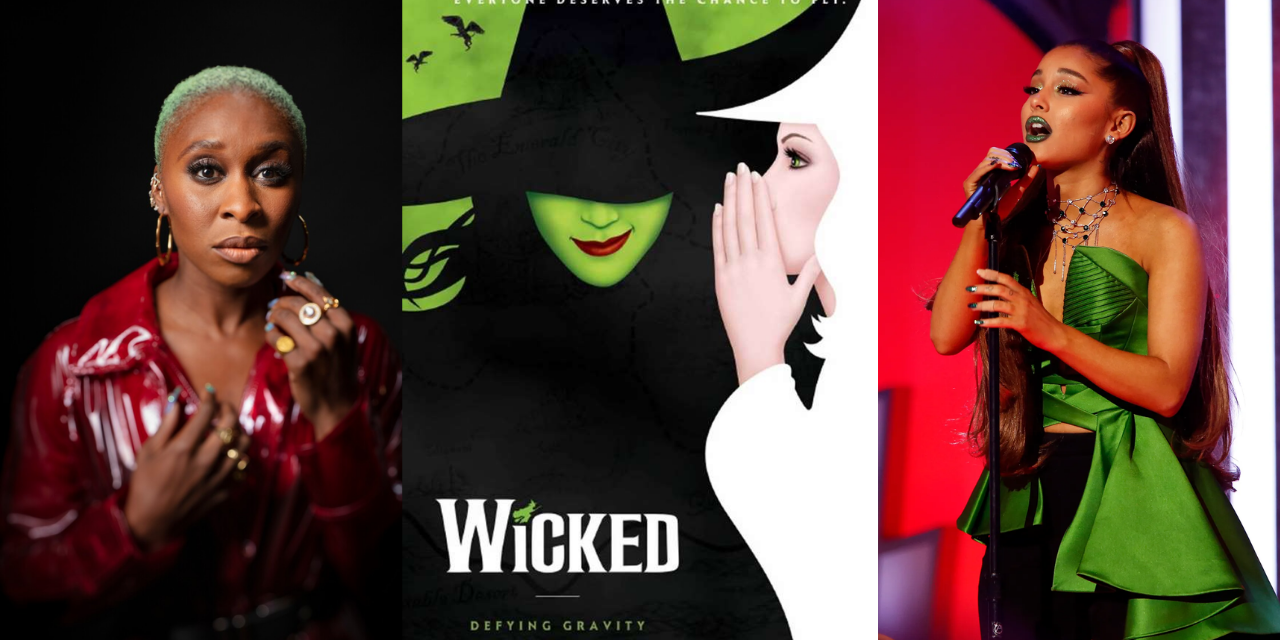 The moment Wicked fans laid eyes on the news, one thing popped into our heads. “Loathing, unadulterated loathing!”

Wicked fans have been waiting for over ten years for the Wicked musical movie adaptation since it was first hinted at in 2012. In 2016, it was announced when fans could expect the movie. But nothing excited us more than in November 2021, when the casting choices for Glinda and Elphaba were revealed. It was as if hope was reinstated throughout the fandom that the movie ACTUALLY might happen. So when news broke this week by director Jon. M. Chu on Twitter that the Wicked film was being split into two films, many fans were not happy.

The upcoming film from Universal Pictures is set to release on December 25, 2024, and December 25, 2025. It will star Ariana Grande (Glinda) and Cynthia Erivo (Elphava). This musical has a massive fan base and has been able to keep its home on Broadway since its debut in 2003. Wicked is the prequel to the Wizard of Oz, where we get to see more of the story of how Glinda the Good and the Wicked Witch of the West came to be.

Clearly none of those needed to be broken up into two parts. So why Wicked?

RELATED: Fast X Has A Problem, The 10th Film of the Fast Saga Lost Its Director

To long-time fans of the musical, it feels like an easy money grab for the studio and a death sentence to the show. One of the biggest downfalls to musicals when they are greenlit for the big screen is the adaptation process. In far too many cases, songs are removed, moments that didn’t need to be drawn out are, and a lot of what makes Broadway special is just erased to make it more appealing for a bigger audience.

But again Wicked has been running on Broadway for almost 20 years because of how amazing it is. From the scenery, costumes, writing, and especially the music. Splitting that up into two parts seems like the magic will be lost and forgotten within the year span of the second release.

Now in his tweet, Chu said, “As we prepared the production over the last year, it became impossible to wrestle the story of ‘Wicked’ into a single film without doing some real damage to it. As we tried to cut songs or trim characters, those decisions began to feel like fatal compromises to the source material that has entertained us all for so many years. We decided to give ourselves a bigger canvas and make not just one Wicked movie, but two! With more space, we can tell the story of Wicked as it was meant to be told while bringing even more depth and surprise to the journeys for these beloved characters.”

And many fans would agree, that cutting songs or characters would change certain pivotal parts of what makes Wicked a brilliant show. As everyone is speculating what will become of Wicked the film, there is a clip of Andy Cohen and Kristin Chenoweth discussing cutting Doctor Dillamond circulating the internet. For those who are unaware, Doctor Dillamond is a small character but plays a huge role in helping shape the Elphaba we meet in the first act, to the Elphaba in the second act. Removing him removes a huge part of her character arc.

But if they are making this decision to not remove characters, will we see more story development to fill up two movies?

Now as stated above and many other fans have pointed out, the two acts of Wicked have two very different feels. In the first act, we are introduced to Galinda and Elphaba being filled with hope and excitement for their futures. Even with a slight hiccup like getting over their initial disdain for each other, they end up being best friends. But when forced with harsh realities, both of them must make a choice that changes everything they know. Which is so perfectly summed up in act one’s final song, “Defying Gravity. “

When audiences return from intermission, the second act plays out more surreal as the two now face the aftermath of their choice. Here is a clip of Cynthia Erivo singing a part of “Thank Goodness” from Wicked in Concert. Now while Erivo is cast as Elphaba in the movie, this song is sung by Glinda (The Ga is silent) to start off the second half. It sets the perfect example of how everything has now shifted.

Cynthia Erivo Sings “I Couldn’t Be Happier” / Wicked in Concert

“There’s a kind of a sort of, cost. There’s a couple of things get, lost. There are bridges you cross. You didn’t know you crossed, until you’ve crossed.”

No one is exactly sure where the first movie will end and the second one begins. We can only assume that since there are two acts in the Broadway show, this might be a good place for the movies as well. The issue is that will moviegoers remember the build-up in the first movie to fully grasp the impact in the second? Will audiences remember the connections and the character development from the first, to still feel connected in the second? Will songs lose the power they hold when audiences have to wait a year to see what happens next?

It just feels weird to split Wicked up into two parts, when other musical movies didn’t need to. Even if the two acts allow for this kind of decision, it just feels like a gamble that isn’t needed. With that said, it is important to note that the creative team behind Wicked on Broadway is also helping with the film. Winnie Holzman who wrote the original book is writing the script. Stephen Schwartz, who wrote the original songs for Broadway is on hand to handle the screenplay. As well as Marc Platt who produced the stage play returns to produce the film.

Plus John M. Chu is directing and he did a fantastic job bringing In The Heights to life as a big-screen adaptation in 2021. The Wicked film adaptation couldn’t be in better hands to keep the integrity of what makes the show a masterpiece. And maybe this means we will get new songs. Or even better character developments for roles like Boq, Nessarose, Doctor Dillamond, or Fiyero. Not to mention, if this movie does well, it means other musical adaptations might be able to get the go-ahead as well.

So while Wicked fans speculate and try to examine every decision made in regards to the film adaptation. Stressing over if this movie will live up to the long wait we have endured. May we remember the wise words of Fiyero. ” Woes are fleeting, Blows are glancing, when you’re dancing through life.”