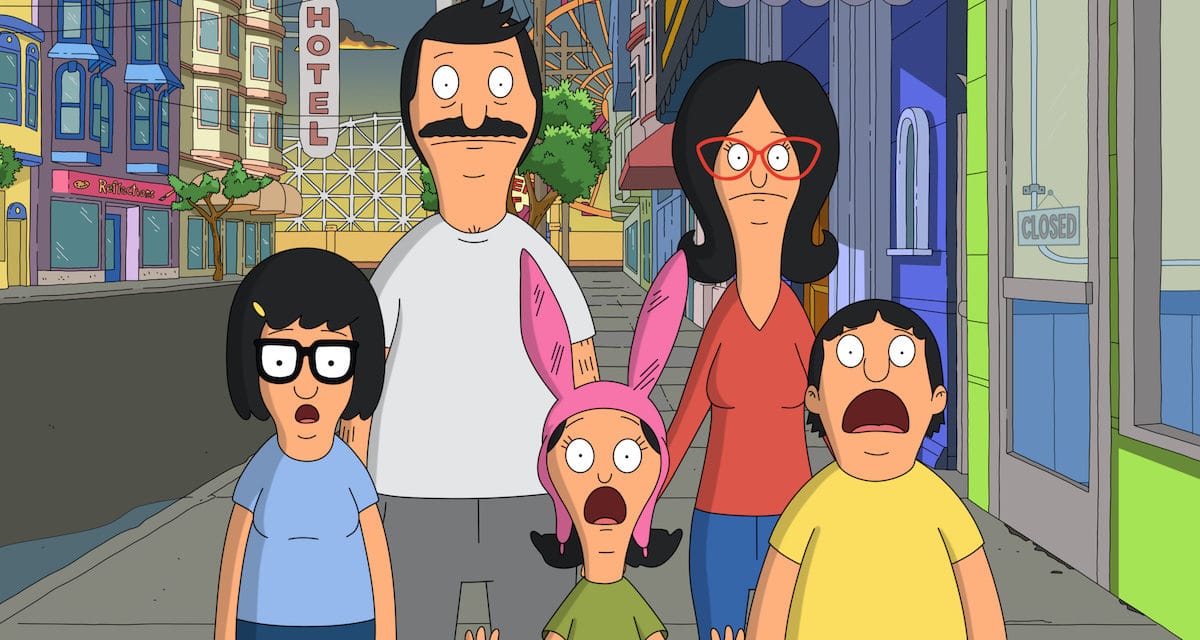 The Disney catalogue is huge and continues to grow not only with new Disney and Pixar animated movies, but Star Wars and Marvel content as well. And not long ago the House of Mouse added another arrow to their quiver with the acquisition of 20th Century Studios and with this came the beloved animated series, Bob’s Burgers. This summer Bob’s Burgers is heading to the big screen for an all new animated adventure in The Bob’s Burgers Movie.

During WonderCon 2022, The Illuminerdi had the opportunity to speak with the cast of Bob’s Burgers about their upcoming movie, but we were also curious about who in the vast Disney catalogue they’d like to see appear on the long running animated series. The cast did not disappoint with some truly hilarious and intriguing answers.

Kristen Schaal was quick to answer revealing, “Oh my god. I’d love to have Louisa from Encanto come on and just break shit up with Louise.” The idea of the nine-year-old Louise and the muscle bound super strong Louisa demolishing things is absolutely hilarious and seems like the perfect combination.

Eugene Mirman had ideas about bringing a Marvel favorite into play, “I think Gene would have a nice time with Spider-Man.” What exactly Gene and Spider-Man would get up to remains a mystery although could it be a revival of the sadly unsuccessful Spider-Man musical? H. Jon Benjamin also revealed himself to be a fan of Marvel choosing a character that is yet to be seen within the MCU, but expected to be seen on the big screen soon, Namor The Submariner.

Dan Mintz, who voices Tina, had an interesting pick that revealed some past WonderCon drama,

“I mean we were actually, at the last WonderCon we had the table next to the guy that did C-3PO in the original Star Wars and he had kind of a tense back and forth with Larry Murphy who plays Teddy. So, I think that would be very interesting to bring him onto the show and have a kind of C-3PO Teddy B-story.”

The idea of Teddy and C-3PO feuding is hysterical. This being a B-story during an episode makes the idea even more hilarious especially if C-3PO’s reason for being there, beyond his feud with Teddy, were to remain largely a mystery. Larry Murphy, who voices Teddy, had his own pick for which animated Disney character he’d like to see on Bob’s Burgers, “I don’t see any reason why Cinderella can’t come by.”

John Roberts’ idea about a night out with Minnie Mouse quickly became a side-splitting adventure that would likely leave the Disney icon forever changed.

“I’d love to see Minnie Mouse and Linda become really good friends. That would be fun right? If Linda took Minnie Mouse out and got her drunk on red wine, how fun would that be? And then she puked, but then like cotton candy came out or something fun because it’s animation.”

Roberts had another brilliant pick that combines Bob’s Burgers, Pixar, and superheroes, The Incredibles,

A Bob’s Burgers crossover with The Incredibles would surely be a ton of fun and lead to some crazy adventures for both families. And speaking of superheroes, while H. Jon Benjamin did eventually choose Namor The Submariner, his first pick was perhaps the funniest. When asked who in the Disney catalogue he would like to see on Bob’s Burgers his initial response was actually outside the vast reach of Disney,

H. Jon Benjamin, “Maybe the Flash should run by or something. Is that Marvel?” When corrected he added, “God damn I don’t know anything about-”

Larry Murphy cuts in joking, “Wow dude. Can’t pick one that they own? They own 65% of all pop culture you come up with nothing?”

Murphy later brought up this blunder again which culminated in the call for a hashtag campaign urging Disney to buy DC for one specific reason, for The Flash and Bob’s Burgers crossover.

Larry Murphy incredulously reiterates, “The Flash should run by.”

H. Jon Benjamin responds, “That would be so great.”

John Roberts joins in on the fun, “Oh, if Linda became friends with The Flash.”

H. Jon Benjamin jokingly pitches, “That would be so great. Think Disney should buy DC and get The Flash thing going.”

Larry Murphy adds, “If we could get the support that we wanted from Disney for this whole get The Flash on Bob’s Burgers, just a hashtag going, I mean it feels like it’s being buried by the movie.”

Although these crossovers don’t seem likely with series creator Loren Bouchard explaining that within the world of Bob’s Burgers the MCU, Disney, Pixar, and Star Wars all exist as television and movies, it is a fun concept to toy with. Each pick opens up a hilarious potential story idea even if it doesn’t come to fruition on screen.

That being said, The Bob’s Burgers Movie will dive into mystery, adventure, comedy, and of course music with the Belchers on a whole new adventure that seems primed to have that animation magic that both Bob’s Burgers and Disney are famous for. And while Bob’s Burgers may not be visited by characters from the Disney rolodex, fingers crossed that could change in some capacity, the fact that the Belchers and everyone within the world of Bob’s Burgers is a part of this impressive catalogue and history is exciting within itself.

The Bob’s Burger Movie is set to premiere in theaters May 27, 2022. Are you excited for The Bob’s Burgers Movie? Witch character from the Disney catalogue would you like to see appear on Bob’s Burgers? Do you want to see The Flash crossover with Bob’s Burgers? Leave your thoughts in the comments below or on our social media and check back with The Illuminerdi for more Bob’s Burgers.