Netflix’s Nimona is set to release on the streaming platform in 2023.

Nimona is a fantasy graphic novel by American comics writer and artist ND Stevenson. Nimona is a shapeshifter who joins the villain Ballister Blackheart who aims to take down the over-controlling Institute. Blackheart operates with a strict code of honor, likely influenced by his time as part of the Institution, whereas Nimona doesn’t live by a strict code and has no problems with violence and killing.

The highly anticipated animated film Nimona will be released on Netflix in 2023. Netflix and Annapurna Pictures have already started production on the film early last year. This animated feature is an adaption of the New York Times bestselling graphic novel by author ND Stevenson. This morning, ND Stevenson announced the release date and shared the first look image on Twitter (ND Stevenson handle is @Gingerhazing).

As of this writing, the tweet has over 23,000 likes and over 2,4000 retweets. Fans in the comments are elated with the announcement. Numerous fans are over the moon with the incredible quality and beauty of the still. Scrolling through even more of the comments, numerous celebrities and people working in the industry are equally excited like Giancarlo Volpe, Matthew Mercer, and Matt Braly just to name a few.

RELATED: Paws of Fury: The Legend of Hank Drops a New Trailer Ahead of July 15 Release

Nimona ran as a webcomic from 2012 to 2014 and was nominated for numerous awards and won many, like “Best Web Comic” in 2012 and “Best Graphic Album-Reprint” in 2016. in 2015 20th Century Fox Animation acquired the rights to an animated feature adaption, being produced by Blue Sky Studios. However, after Dinsey’s acquisition of Fox, the film was delayed from 2020 to 2021, and later again to 2022, until now with an official release date of 2023.

Fans were undoubtedly worried when Disney announced they were shutting down Blue Sky Studios in 2021 and the project was cancelled. The film was supposedly 75% complete at the time of its cancellation, and it is inferred its inclusion of LGBTQ themes was a factor in the decision. Thankfully, Netflix and Annapurna Pictures have picked up the film with new directors Nick Brune and Troy Quane. The original cast of Chloë Grace Moretz and Eugene Lee Yang will be returning to voice Nimona and Ambrosius Goldenloin, with Riz Ahmed to voice Ballister Blackheart.

After a long journey, fans can rest easy knowing two studios with glowing track records of film and animation greatness are poised to bring it to life in 2023. The original author has made it official and even provided a first look. Check below for an official full resolution image of the first look and official film information from Netflix.

Release: Coming to Netflix in 2023
Directors: Nick Bruno and Troy Quane
Producers: Roy Lee, Karen Ryan, Julie Zackary
Executive Producers: Robert L. Baird, Megan Ellison, Andrew Millstein
Animation: DNEG Animation
Cast: Chloë Grace Moretz as Nimona, Riz Ahmed as Ballister Boldheart, and Eugene Lee Yang as Ambrosius Goldenloin
Synopsis:
A knight is framed for a crime he didn’t commit and the only person who can help him prove his innocence is Nimona, a shape-shifting teen who might also be a monster he’s sworn to kill. Set in a techno-medieval world unlike anything animation has tackled before, this is a story about the labels we assign to people and the shapeshifter who refuses to be defined by anyone.

Are you excited about Nimona finally getting an official release? What do you think of the first look image? Did you read the comic? Let us know what you think in the comments below and share your reaction to the news with us on Twitter. 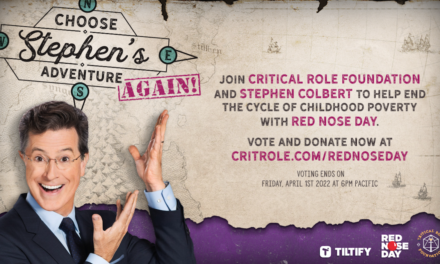 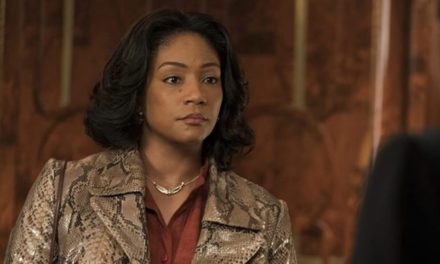 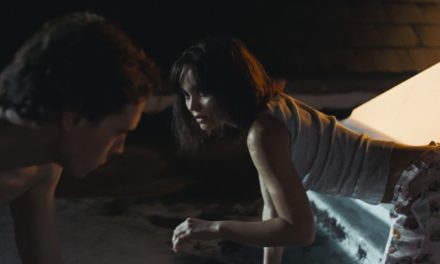 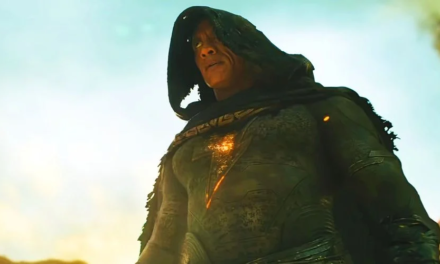