The time has come: Bridgerton season 2 is finally available on Netflix. Releasing on Friday March 25, this series quickly took the #1 spot as many figured it would. If you haven’t already, watch the show first here.

When the first season launched in December 2020, it was the talk of the town. Bridgerton held the title of the most watched show of all time before Squid Game in 2021. And along with those views, and the books it is based on, comes an excited fan base that has been waiting for the next installment. The question on everyone’s minds now is: does the new season hold a candle to the first?

And it’s interesting but not shocking that the answer is divided. Personally, it feels to me as if season 2 had a lot more to offer to viewers. But for some, season 2 was lacking one important thing: sex. Similar to what we saw with Game of Thrones, sex scenes catch audiences’ attention. Not to mention that the romance novels the series is based on include bed scenes as a huge part of the genre. But sex scenes should not make or break a show, and they definitely should not be the reason one dislikes this season in particular.

Bridgerton is based on the romance series by Julia Quinn, based on a period that women’s virtue was of the utmost importance. Fans of the genre understand that while sex scenes are delightful, the romance that is built in these stories is so much more than some nudity splashed across the screen. As well as readers of this series know that the books have completely different story lines between the romantic pairs. And that this is what we can expect to see every season as well. This is also why I personally love Bridgerton, but especially season 2.

As annoying and frustrated it felt as the anticipation built over the 8 episodes, it also left viewers highly invested and connected. In regular TV series, the will-they-won’t-they trope can last seasons, and it feels like a lot of us were so accustomed to season 1 with the quick marriage of Daphne (Phoebe Dynervor) and Simon (Rege-Jean Page) that we just assumed this too would be tied up neatly.

But love is anything but neat at times, and the feeling of anxiety that plagued us during season 2 between the smoldering glances and almost touching lips was exactly what was needed to expand Bridgerton.

This season of Bridgerton focused mostly on the eldest son and Viscount Anthony Bridgerton (Jonathan Bailey) who decided this was the season he would find a bride. Making a list of everything he wanted, he quickly realized that there were not a lot of women who could fit his tall order. That was until he met the newly arrived Sharma sisters, Edwina (Charithra Chandran) and Kate (Simone Ashley) who were being hosted by Lady Danbury (Adjoa Andoh).

One of the things that made this season great is that it shined more of a light on the surrounding characters. While in season 1 we saw other plot lines develop, it felt as if the main couple really was the only thing that kept the story pushing through. Whereas because of the slow burn between the main couple this season, it allowed for the other characters to play bigger parts. For example, Lady Danbury. Sure we saw snippets of her as she helped Simone and Daphne, but her true fiery spirit didn’t really show until season 2. Especially when she would square off with Kate regarding their different views in society.

But it wasn’t just Lady Danbury that shined, it felt as this was the season of mothers. One of the best scenes of the whole season is towards the end when Lady Bridgerton and Lady Danbury find themselves in a fit of laughter as everything around them falls apart. Because season 1’s romance was quickly developed we didn’t see all of the work mothers do behind the scenes. And while Lady Danbury isn’t the mother of the Sharma sisters, she does play a role like one when it comes to seeing them married off.

RELATED: BETTER NATE THAN EVER DIRECTOR DISCUSES THE IMPORTANCE OF FEELING ACCEPTED

This added so much more dynamic to the Bridgerton series because it adds a completely different perspective for viewers. Even Lady Featherington, who is sometimes an easily overlooked character and comes off as a bit of a antagonist had a huge moment to shine in episode 8.

Another great example of this is how The Queen and her hunt for Lady Whistledown unfolded. While I personally liked this season’s romance focus point, the winner of this season for me was the story arc of Penelope Featherington (Nicola Coughlan). For someone who plays a wallflower so well, she truly stole the show. Between the clever way she gained an accomplice, to the struggles of keeping her secret, and most importantly the impossible choice she had to make. The Penelope as Lady Whistledown plot line had me cursing as the final credits rolled on episode 8.

It was at this moment that many viewers were probably rushing to see if season 3 had already been greenlit. Luckily for us season 3 and 4 are in the works.

Because these side plots were able to flourish more in between the down times of the love triangle brewing, viewers were able to get closer to the overall world of Bridgerton. Including the overall family dynamics between the older brothers, Daphne and Anthony’s relationship, and especially the growth of Eloise (Claduia Jessie). At the start of this season Eloise was more the comical relief that was perfectly timed between Anthony’s sometimes obnoxious behavior. As well as held a mirror to how many of us might feel dating in today’s world.

But as time went on, we saw her start to fall into her own romance. Now while this plot feeds into the bigger arc of Lady Whistledown, at times it stood alone. This makes one really look at the relationship between Penelope and Eloise. How two best friends can be so intertwined in the world around them, and yet as they grow they start to become independent.

It can’t be stressed enough that Bridgerton season 2 was leaps and bounds better than season 1 when it came to character development and laying the groundwork for future seasons. But that wasn’t all. This season really dove deep into the complexity of humans. With such a messy situation like a love triangle, viewers were made to face a wide range of emotions. As well as good intentions do not always create good impacts.

No matter how much Anthony and Kate tried to do what was best for Edwina, in the end the truth did come out. Leaving destruction and heartache in its wake. Watching all three face some of their biggest hurdles like Anthony and his fear of love, Kate with her need to prove she is worthy, and Edwina finally coming into her own, there was something for everyone to connect with. It felt as if this season was really pushing the viewer to look deeper within, more so than just a fancy fairytale. And that is where it feels a lot of viewers will be more connected than ever before to Bridgerton as a whole.

It felt like this season kept us on pins and needles the whole way through. Especially with the building pressure between Kate and Anthony, the uncomfortableness we felt for Edwina, and the growing anxiety as the Queen searched for her rival. But even though this series felt like the intensity had been elevated, it was also nice to know a few things didn’t change. The costuming was as wonderful as ever. Everyone looked beyond beautiful and dashing while they danced from ball to soiree to ball again.

And the music! One of the things that this show is brilliant at is the choosing of music. Starting off with Material Girl, coming to a tipping point with Dancing on my Own, and bringing it home with Wrecking Ball was a masterpiece of elevating plot with music.

Overall, Bridgerton season 2 has only raised the bar higher in regards to expectations fans will have for season 3. And while some might be annoyed over the drawn out moments between Kate and Anthony, the majority of fans seem to have found a deeper connection to the series and characters. This season was so much more than just a love story,, and because of that the wait for season 3 will be way more painful than 7 episodes of will they or won’t they kiss!

Lastly, because every season must have a diamond: our pick is, hands down, Newton. The only let down of the show, is that this adorable pup wasn’t in more of the scenes. However, we do thank him for his part in tripping Anthony into the pond. 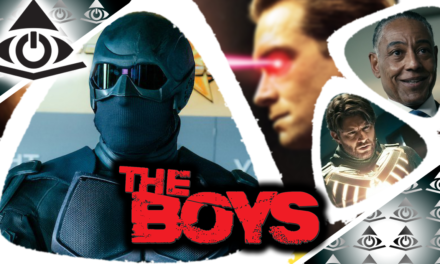 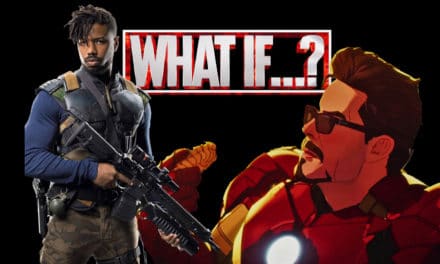