George Lopez, Adrianna Barraza, Elpidia Carrillo, and Damian Alcazar have joined the superhero project – the first ever starring a Latino lead character. The film already has Cobra Kai star Xolo Maridueña and Hocus Pocus 2′s Belissa Escobedo signed on to lead, while Lopez stars as Uncle Rudy, Barraza as Nana, Carrillo as Rocio and Alcazar as Alberto, The Reyes family is thereby complete.

Director Angel Manuel Soto has gone on record discussing his intent to make the film as authentic as possible in casting Mexican and Mexican-American actors in the lead roles.

In an interview with The Wrap, Soto stated,

And then you have somebody on the younger side, the new blood that’s coming in, like Belissa and Xolo, they’re Mexican American, and tying them with the guys that came before which have a strong history of being born in Mexico and then coming over to the US. Being able to provide a Mexican family, a brown Mexican family, that embraces that level of authenticity, I think this cast allowed us to have all of that.

Soto’s desire to make Blue Beetle as authentic as possible reflect the calls for greater diversity and positive representation for minority groups onscreen that have risen in the last few years.  Especially in this current time where superhero movies are practically the sole type of films bringing most audiences back to theaters, it will certainly be nice to see a new perspective on the scene to help differentiate it from the mountain of others in the genre.

The involvement of George Lopez alone on Blue Beetle is sure to pique the interest of his longtime fans and general audiences who grew up with him as a staple of both television and cinema, while Barazza has worked in films like Drag Me to Hell, Babel, Dora & The Lost City of Gold, and Bingo Hell among many others.  Elpida Carrillo has been working since the 1970s on film and television with roles in TV’s Euphoria, the ‘80s classic Predator, and a bevy of other projects over the decades, while Damian Alcazar appeared in The Chronicles of Narnia: Prince Caspian among numerous other roles on film and TV.

Especially given the phenomenal performance of The Batman recently, it’s a pleasure knowing Blue Beetle will see a theatrical release on August 18, 2023.  If the superhero genre is to continue being the dominant force of pop culture it currently is, studios must expand their canvas and give films to characters who most filmgoing audiences aren’t familiar with.  Blue Beetle will do just that, and I look forward to seeing it in theaters next year especially given the talent they’ve assembled.

What are your thoughts on the new Blue Beetle cast members?  Did you grow up watching the George Lopez show and/or follow the careers of any of the cast involved, or will this be your introduction to them?  Who’s your favorite DC superhero and/or superheroine?  Let us know in the comments below and on our Twitter. 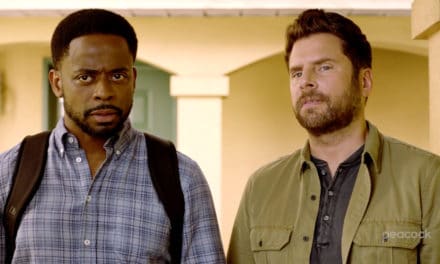