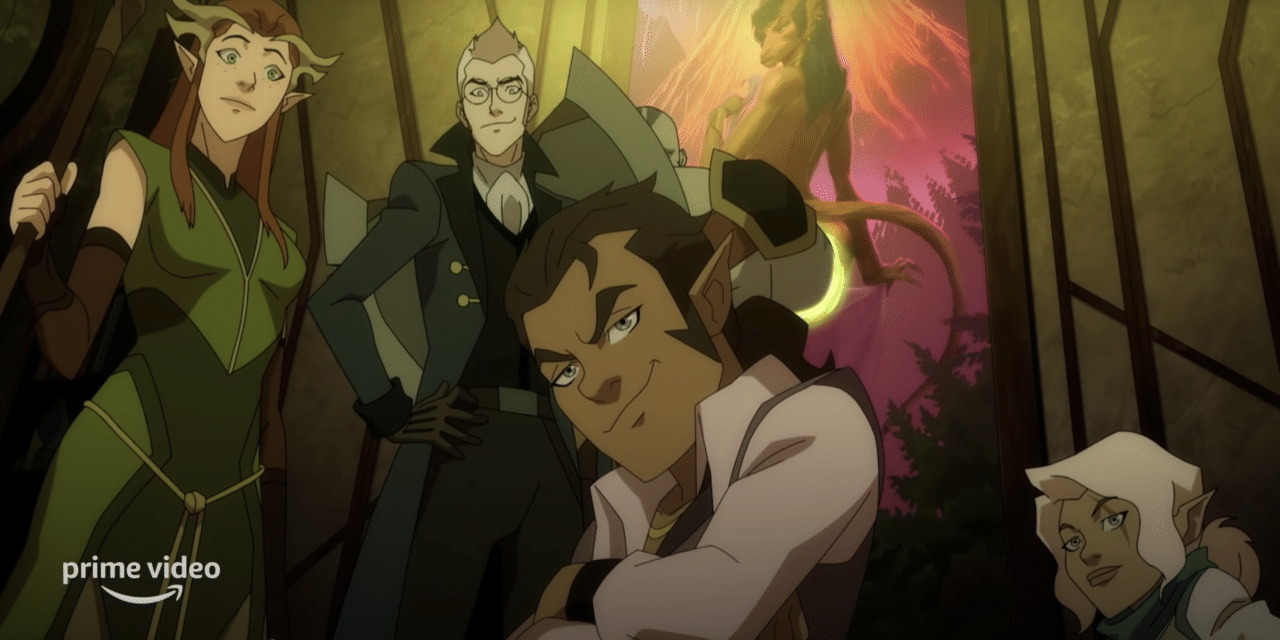 The Legend Of Vox Machina is an absolute triumph with stunning animation, hilarious comedy, dynamic action, gorgeous music, along with a raunchiness and gore that brings these beloved characters to life in a whole new way. The series starts out perfectly from the first scene of the series to the introduction of Vox Machina immediately diving into the action, humor, drama, and stakes of the show.

The Legend Of Vox Machina follows the unlikely band of heroes, Vox Machina, on their ridiculous adventures through Exandria. Vox Machina’s motley crew is made up of Percy the human gunslinger, Scanlan the gnome bard, Keyleth the half elf druid, Pike the gnome cleric, Grog the goliath barbarian, and the half elf twins Vex and Vax, a ranger and rogue respectively. The misfit adventurers find themselves in some trouble with a mounting bar tab and a penchant for brawls leading Vox Machina on a fantastical adventure to save Exandria from dark magical forces.

The Legend Of Vox Machina breathes new life into some of the most iconic moments in Critical Role’s first campaign, expanding upon what makes them stand out in fans minds. The series is also perfect for newcomers, brilliantly introducing Vox Machina and their dynamic immediately and throwing viewers into a compelling animated fantasy adventure. The animation is stunning and lends itself perfectly to the epic fantasy world, the energetic action sequences, and the hilarious physical comedy. The character designs manage to capture what makes each character unique and the world is beautifully immersive.

The action is captivating and dynamic, highlighting what each character brings to the table in a fight from the start. Each member of Vox Machina not only stands out because of their unique fighting style, but their mentality in a fight which lends itself well to adding elements of humor and drama to what are already intense blood pumping action sequences. The Legend Of Vox Machina brings some of the most memorable fights from early Campaign 1 to life in a way that fans have never seen before, lending itself perfectly to this new medium with truly high-octane action.

The voice acting is fantastic with the core Critical Role cast bringing new energy to these characters. The emotions shine through in their performances and the connection that each of these actors and characters have are clear in their performances. Sam Riegel’s Scanlan and Travis Wilingham’s Grog are scene stealers with their genius comedic timing, but Marisha Ray infuses Keyleth’s every scene with an impressive combination of pathos and awkward hilarity. Taliesin Jaffe’s performance as the haunted gunslinger with a blood thirsty need for vengeance is stunning, balancing both pathos and menace. Matt Mercer steeps his performance as Sylas Briarwood with a gorgeously menacing bravado and proves why he alone needed to take on this nefarious villain.

The extended cast brings the world of The Legend Of Vox Machina to life in a whole new way breathing new life into these beloved characters with what each actor brings to their roles. David Tennant is a stand out as General Kreig, but Sunil Malhorta is absolutely glorious as Gilmore and his chemistry with Liam O’Brien’s Vax is palpable. Stephanie Beatriz and Indira Varma are absolutely fantastic as Lady Kima and Lady Allura capturing the core of why so many fans first fell in love with these characters.

The music is absolutely marvelous from the score that adds new layers of energy to each scene, be it a dynamic action sequence or an emotion filled character moment. Sam Riegel’s new original songs for the gnome bard Scanlan are absolutely fantastic and full of humor, but the actual musicality is equally stunning.

The dynamic between the party is perfect, exploring the loyalty they hold for one another as well as the conflict that bubbles up within. The relationships between the twins as well as Grog and Pike are amazing, capturing the close-knit bonds that these characters hold for each other even with the smallest moments.

The Legend Of Vox Machina is made with Critters in mind in the best way possible. Adapting characters and stories that fans know inside and out after following Vox Machina’s adventures for years. The series has a formidable task adapting so much story into this medium, but they pull it off beautifully. The team behind The Legend Of Vox Machina brilliantly keeps the spirit and heart of Vox Machina and their adventures while being strategic in what story and character beats from the original stream are necessary to tell the story.

The pacing works surprisingly well, given how much story is being adapted, but truly hits its stride in the third episode. Even with the changes that are made to the main arc, which work wonderfully, The Legend Of Vox Machina keeps the heart of what makes the adventures and characters so special.

The Legend Of Vox Machina also explores aspects of the story that weren’t able to be fully fleshed out in the original source material by further exploring characters, like villains, who were not always at the center of the narrative. One of the things that The Legend Of Vox Machina is able to do is give fans the chance to experience a pre-stream storyline in a completely new way. The Legend Of Vox Machina dives into one of the most important arcs that fans never got to see and with this new medium it brilliantly shows how fantastic animation lends itself to these stories.

This is clearly an animated series meant for adults with raunchy humor, plenty of F-bombs, nudity, and impressive gore throughout. The gore is akin to another Amazon animated series, Invincible. The Legend Of Vox Machina does not shy away from the violence of this fantasy world or the consequences that come with it.

The Legend Of Vox Machina is a triumph for fans in every sense, bringing beloved stories and characters to life in an entirely new way. The love and passion that have gone into this project is clear throughout, from the smallest Easter egg in Gilmore’s Glorious Goods to the inclusion of a pre-stream story that Critters get to experience for the first time through animation.

The Legend Of Vox Machina is exactly what was promised as an animated series for the fans. For newcomers The Legend Of Vox Machina will feel familiar as an animated fantasy series that leans into everything that makes this genre so exciting, but with a bit more modern feel through the music and dialogue. And I can say as a fan of Critical Role myself, this series is worth the wait and the excitement that Critters have had since the Kickstarter was first announced. 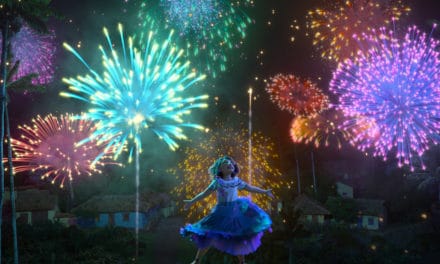 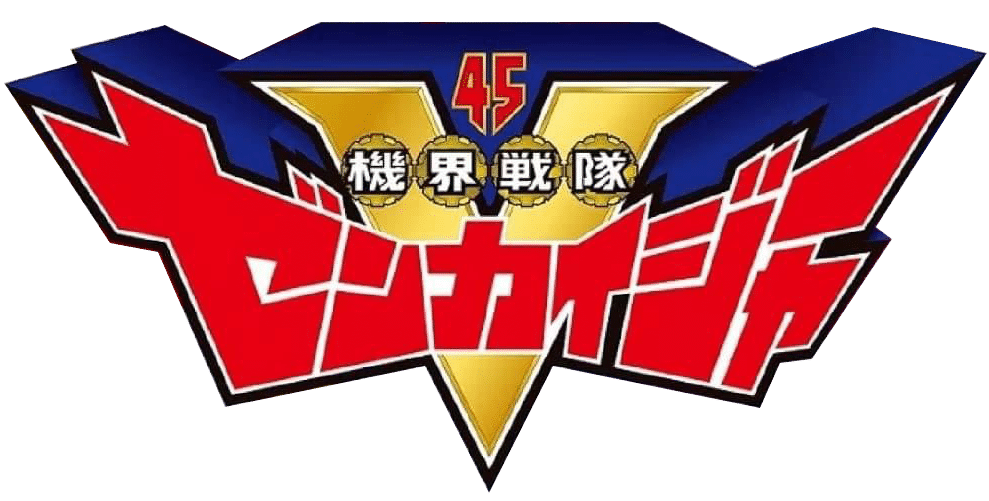