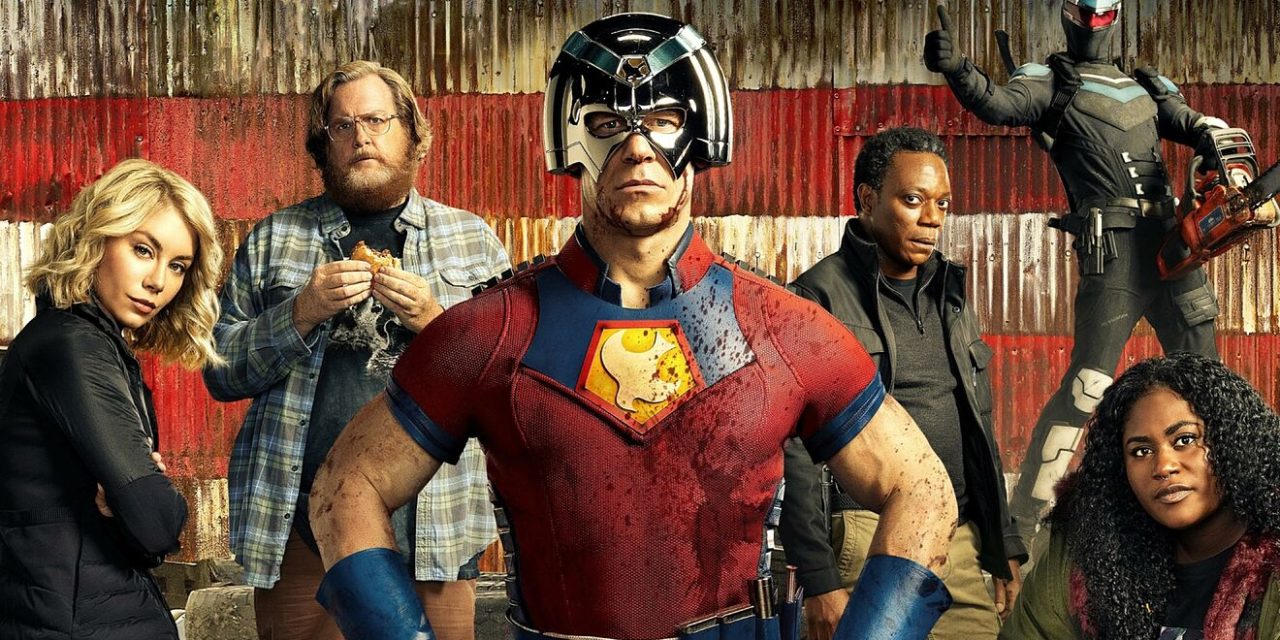 Peacemaker is truly one of a kind. The comedy, the action, and the…..raunchiness all fit together perfectly. It’s a series that, even though rushed, makes sense.

James Gunn has said that he wrote the entire first season in 8 weeks, but it looks like it was written in a year. The series has perfect pacing, and John Cena returning as Peacemaker is an absolute delight to behold. Steve Agee’s John Economos is great, and so are Jennifer Holland’s Emilia Harcourt and Chukwudi Iwuji’s Clemson Murn. However, Danielle Brooks’ Leota Adebayo is on another level. Her charm and wit is immeasurable, and contributes immensely to the series’ comedy aspect.

The series has some issues, like all other media, but makes up for it in the best of ways. For one: Eagly. I mean, he’s a pet eagle and is adorable. Who can go wrong with a cute pet? Not even Peacemaker can, though somehow Harcourt has an issue. Don’t ask me, I just think she’s grumpy. In any case, the series is exceptional in its craft and wit, as well as its nerve to do the most ridiculous things.

For instance, Peacemaker actually calls Batman “a pussy” in an episode. I mean…. I can’t imagine WB would be too happy with that. One of their better characters calling their best known character an expletive. But, it’s in the show, so something obviously worked out.

Let’s start off with the biggest thing here: James Gunn has created a masterpiece. The writing in the first 3 episodes is off the charts. There is so much character development with John Cena’s Peacemaker in the episodes that I teared up. He’s advertised as a ruthless killer who doesn’t care who he has to kill but, in truth, he’s the opposite. He cares. He cares a lot.

When asked to take out kids, he hesitates. At first glance, those seem like minor things, but in the end, all the minor things add up to major developments. It builds up who Peacemaker really is under the uniform. It makes him likable and, to some extent, relatable. Chris Miller’s (Peacemaker) experiences with his father will also come to light. James Gunn has outdone himself again.

Leota Adebayo gets a lot of focus in the series, but through the first 3 episodes, there’s not much character development. However, I sense there will be some coming shortly, as all signs point to a major shift in her nature in Episode 4. In addition, John Economos is probably the funniest character I’ll ever see in DC, he’s just so stupid that it’s hilarious.

Jennifer Holland plays the hardened Emilia Harcourt, who seems like she doesn’t have a heart (even though it was proved she does in The Suicide Squad). Chukwudi Iwuji is, for the lack of a better term, suspect. He’s not necessarily a “butterfly”, but there’s something he’s doing behind the scenes that the others aren’t seeing. I’ll be keeping my eye on him going forward.

James Gunn wrote all 8 episodes, and directed 5. Jody Hill, Brad Anderson, and Rosemary Rodriguez each directed an episode. Hill with the 4th, Anderson with the 7th, and Rodriguez with the 5th. All of their individual creative designs are visible when they’re directing, from something as major as shifting on/off screen dialogue, to something as minor as a small color shift.

For example: Hill takes on a more action-filled role in her episode, while Gunn goes more for the story. However, when Gunn takes action scenes, they’re good. Really good. That’s not to say that Hill isn’t good at developing the story at all, just that Hill doesn’t focus on that aspect as much. And sometimes, a bunch of action is just what we need.

This review is about the first 3 episodes of the series, which are all directed by Gunn, so I’ll focus on him. The episodes have a lot of charm to them, and Leota Adebayo (Danielle Brooks) especially gets a lot of screen time. She’s an interesting figure, in the sense that we don’t know a lot about her. All we know is that (minor spoilers ahead) she’s Amanda Waller’s daughter, but no one else on the series seems to know that.

Gunn has crafted that deliberately, and his directing styles show his intention, which is to keep people guessing as long as possible. It’s great, I love it. Throughout the season, I was kept guessing what would happen, based on the shot choices and dialogue, and I still missed the mark entirely. This may be Gunn’s best work yet.

Yo, what? Honestly, that was nuts. Those opening credits shocked me to no end, and I’ll be watching them 24/7. I love love love it, the dancing and all is hilarious, and the music is catchy. If you haven’t seen them yet, I highly recommend checking it out. Eagly makes a nice cameo at the end of the credits, but John Cena’s dance moves are what make this credits sequence so lovable. Jen Holland hipping and hopping to the beat doesn’t hurt either.

But seriously, Steve Agee dancing? I didn’t know it was possible. I love it either way. I don’t think I honestly have a single issue with the credits, they’re perfect. Whoever thought that up, props to them, there should be a HUGE bonus paycheck waiting, they deserve it.

The score. The score. The score. I can’t get over it. It’s just amazing. The score (like all James Gunn work) adds so much to the episodes, and provides some additional story and feeling. My personal favorites are of course, the opening credits, and the end credits. The songs mixed in throughout the episodes are good, but the opening and end credits are better. As for the actual soundtrack, the score composed by Clint Mansell and Kevin Kiner is quite good, and provides an instrumental feel to the series (no pun intended). It feels more grounded, and less off-the-ground alien stuff. Quite good decision-making by James Gunn on both counts.

Honestly, I thought the comedy was going to be good. And for a lot of the show, it is. There are quite a few funny jokes in the series, and that janitor in the beginning of the first episode is absolute FIRE. However, there are jokes in the series that aren’t really….well….funny. They’re meant to be, but they’re not. They come off as inappropriate and rude, and it ruined the mood for a bit. Adebayo’s jokes were fine, so were Peacemaker’s, but Vigilante just doesn’t work for me. He’s trying desperately to be funny, but he just can’t make the cut. Hopefully he can do better in future episodes.

The VFX isn’t bad, actually. There are some mistakes, like with all visual-effects heavy projects, but overall it’s quite good. One of the only mistakes that comes to mind is in the first episode, when Annie whats-her-face starts attacking Chris Miller. There was a moment where the shot didn’t look quite refined, but hey, it happens. I’m pretty sure it’ll happen a bit more going forward with the final 5 episodes, but it’s bound to happen at least once an episode. Other than that, the VFX is pretty realistic.

Peacemaker is a really good show. Apart from a few mistakes, it excels at everything else. The action, the writing, and of course, the directing. It’s a must-watch for the DCEU, and a must-watch for action, comedy, horror, or superhero fans. Peacemaker is going long ways in its first 3 episodes, and its final 5 will air until February 17. Episode 4 airs on January 20. Catch Peacemaker streaming on HBO Max now. 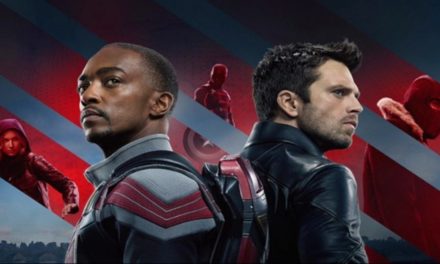 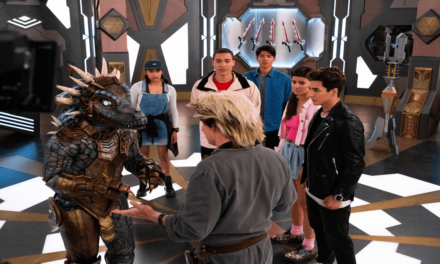 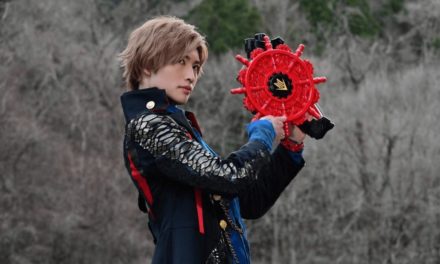 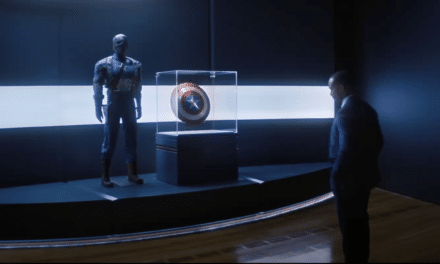