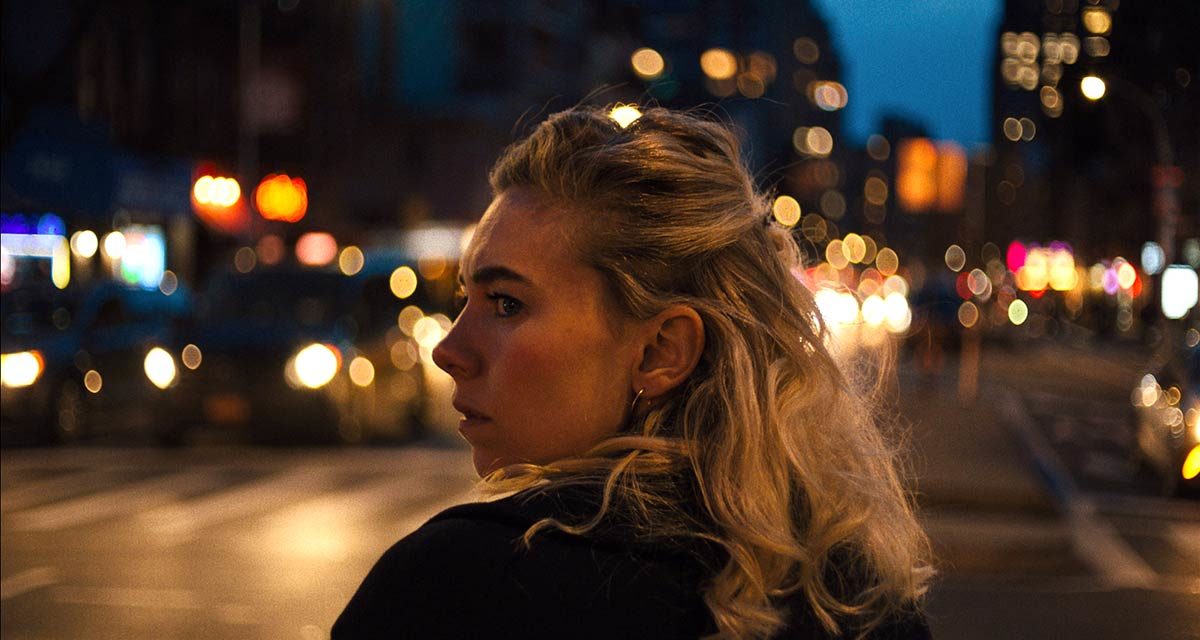 Vanessa Kirby wanders around nighttime in New York trying to find clues to retain her memory in Italian Studies, a sort of captivating mystery drama. Read more in our review below:

While visiting New York City from her native London, writer Alina Reynolds (Academy Award®-nominee Vanessa Kirby) inexplicably loses her memory and suddenly becomes unmoored and adrift on the streets of Manhattan with no sense of time or place — or even her own name.

As Alina’s consciousness swings between imagined conversations, fragments of her own short stories and the bustling city around her, she finds an anchor in charismatic teenager Simon (Simon Brickner). Drawn to the lost woman, Simon soon introduces Alina to his free-spirited group of friends, and together they make their way through a disorienting cityscape full of life, beauty, and music.

Italian Studies is the third feature film by writer/director Adam Leon and it’s an interesting genre-bending, yet simple straightforward story. Kirby plays an author, who has lost her memory and interviews people in order to retain it. As she meets a group of teenagers in nighttime Manhattan her journey begins to unravel the mystery of her memory loss.

The film’s highlights are the captivating performance by Vanessa Kirby. She commands the screen and is the factor that keeps audiences invested. Nicholas Brittell, who is a frequent collaborator of Barry Jenkins (Moonlight, If Beale Street Could Talk), composed the score of the film, that fits the atmosphere of nighttime Manhattan, with its slow and jazzy piano.

But overall there is not a lot to enjoy about Italian Studies. It’s as simple as the synopsis says. You are watching Vanessa Kirby wander around for luckily just 70 minutes with a nice atmospheric score by Nicholas Britell, who is known for his work on the acclaimed TV Show Succession. Kirby does everything she can with her captivating performance, but the film just lacks any kind of meaning and is straight up not an interesting story worth telling.

Kirby’s odyssey is interrupted a few times with documentary-like interviews, where she is interviewing the people she just met so that the audience learns a little bit more about them and to give this film this kind of mystery, where you would ask yourself “When did she talk them? Before or after her memory loss?” It doesn’t matter at all as it doesn’t go anywhere, because it stays too predictable. It really feels like it’s just there to stretch the runtime just enough to make it a feature film.

As harsh as that sounds, the film never lost me due to its short runtime and a magnetic Vanessa Kirby. Nicholas Britell’s atmospheric score helps set the atmosphere and keep your attention. Not his best work, but it definitely elevates the film. But due to the lack of interesting story, those aspects aren’t enough to make it worth watching, as we’ve seen Kirby deliver better performances in better pictures and Brittells work in Barry Jenkin’s Moonlight or If Beale Street Could Talk, as well as Succession, are on another level. My Italian Studies review gets

Italian Studies is coming to theatres and VOD on January 14. It is written and directed by Adam Leon and stars: Vanessa Kirby, David Ajala and Annika Wahlsten.

What do you guys think? Are you planning to watch it? Which is your favorite performance by Vanessa Kirby? Let’s discuss everything in the comments down below and on our Social Media. 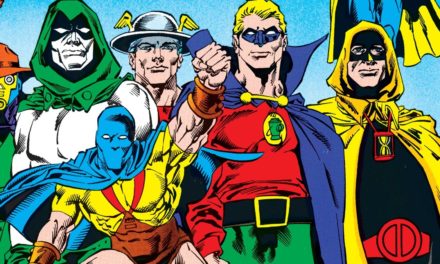 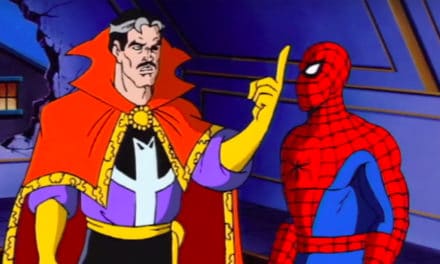