From Mamoru Hosoda and Studio Chizu, GKIDS Films released the English-dubbed opening scene of Belle today and fans are in awe! From the vivid colors, the exquisite animation style, to the voice acting, we are in for a special treat.

So much is going on in this scene as we are introduced to the vastness of the world of “U” and how users create their own avatars through each individual’s biometric data. Buildings are upside down, a beautiful woman is singing atop a flying whale, and everything is possible.

The English dub features Kylie McNeill as Suzu/Belle, Paul Castro Jr. as Dragon, Chase Crawford as Justin, Jessica DiCicco as Hiro, and many more. I don’t typically watch anime/anime movies in English purely for the sake of authenticity. But there are those special movies/series that I make an exception for (Studio Ghibli anyone?!) because of its notably stellar English dub.

RELATED: Belle Enchants with Dazzling Teaser Trailer ahead of 1/14 Release

Watching the opening of Belle reminded me so much of when I used to watch Digimon on TV as a child, so I am really excited to see how the rest of the film plays out. You can already see how closely people worked on this to make the English dub fit with the lip movements of the original Japanese. Plus the incredible visuals, which can be glimpsed in the images below.

Suzu is a 17-year-old high school student living in a rural village with her father. For years, she has only been a shadow of herself. One day, she enters “U,” a virtual world of 5 billion members on the Internet. There, she is not Suzu anymore but Belle, a world-famous singer. She soon meets with a mysterious creature. Together, they embark on a journey of adventures, challenges and love, in their quest to become who they truly are.

Are you excited to watch Belle? Would you prefer to watch it in English or in Japanese? Do you recognize one of the film’s inspirations? Let us know in the comments and let us know your thoughts about the film on Twitter. 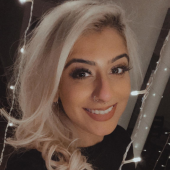