SCREAM was the first horror movie that I had seen in a theatre. The first for most. But inside that Century City theater on a cold December 1996 night, people were already running around wearing the now-famous Ghostface costume. Up until then, it was nothing but a novelty mask. The room was ironically reminiscent of the opening of SCREAM 2, which came out just a year later. But when those lights went down and that logo with the ear screeching sound of a girl screaming came on the screen, it changed how horror films were made from there on out. And the film that springboarded me into writing.

The opening of the first film set the stage with Drew Barrymore, who was thought to be a part of the main cast. She would create one of the most iconic horror film openings. No spoilers even for this old of a movie. Along with the mastermind of Wes Craven’s direction and Kevin Williamson’s witty dialogue and smart characters, SCREAM hit hard from the beginning.

Crowds fell in love with Neve Campbell, Courtney Cox, David Arquette, and Jamie Kennedy. As well as Skeet Ulrich, Rose, Mcgowan and Matthew Lillard. I did too. The reason being is because we all witnessed the actual evolution of film.

Since SCREAM came out in 1996, audiences were treated to a story about a girl whose family is messed up and being stalked by a killer dressed in a discount store Halloween costume who is obsessed with horror films. Using the traditional horror film troupes in believable ways. Again, no spoilers, even for a 25-year-old movie. But the meta-references towards horror films, the real-life humorous sarcasm, as well as the movie being aware of itself not only made watching horror movies scary but one hell of a fun ride too. This formula changed how horror movies or movies, in general, were written. But most would not come close.

The reason being is any other movie that tries to replicate this film will only end up making fun of itself as you can not be meta-heavy without being a copycat of the franchise. Only Scream itself can pull it off. All movies in the franchise are loaded with references for the era they were released, and it feels real. From the fact that everyone was starting to have cell phones in 1996 to people using *69 to return calls, social media, and the beginning of influencers.

Or random cameos, like Henry Winkler as Principle Himbry (whose memorial can be seen in Scream 4 in the Woodsborro High hallways), Wes Craven as the Janitor dressed in Freddy Krueger clothes (Scream 1996) Linda Blair (Of The Exorcist fame), Kevin Williamson interviewing Liev Schreiber at the beginning of Scream 2 and the late Carrie Fisher playing “someone who looks like” Carrie Fisher in Scream 3.

Scream has evolved over the 25 years, although with not as many films in its library as some other franchises, it has taken is time to develop each story. Reason being as I stated earlier, these films are the only movies that can tell this type of funny, scary, murder mystery as it takes time to craft a story with this amount of complexity and still be fresh. Not to mention the exhaustive list of top-notch actors, whose names had only begun to shine on television, Neve Campbell with Party of Five and Courtney Cox with Friends. I could write an exhaustive list of the many faces that have passed through the Ghostface tales.

This franchise remains the perfect homage to the horror genre, Billy Loomis (Scream 1996) was named for Dr. Loomis from Halloween, for example. But the franchise, speaks on the topic of PTSD. The characters trying to cope and deal with traumatic events is a battle that many people struggle with. Despite these movies being horror films, the strength of the legacy characters shows in each film as they get stronger and learn how to live again.

SCREAM (2022) hits theaters on January 14 and continues the saga of Sidney, Gale and Dewey. What happens after that remains a mystery. Which is all the fun of this franchise isn’t it? The guessing game. But first, what’s your favorite scary movie? Let us know in the comments below or on our social media platforms.

On a personal note, I would not be where I am today if it had not been for Scream and a little book from my father, The Screenwriters Bible by David Trottier and the copy of Final Draft my mom got me for Christmas 1996. I was inspired to build my own horror film, as smart and as scary as Scream. But I came to find out at the young age of 14 that I was just writing the same script. No one can write Scream-type stories except Scream itself. Because then you become the movie that Scream takes a stab at. 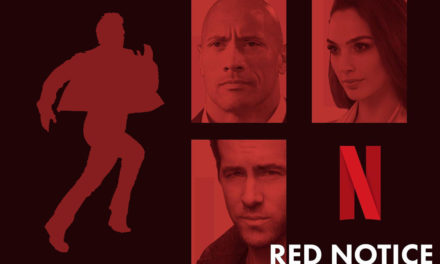