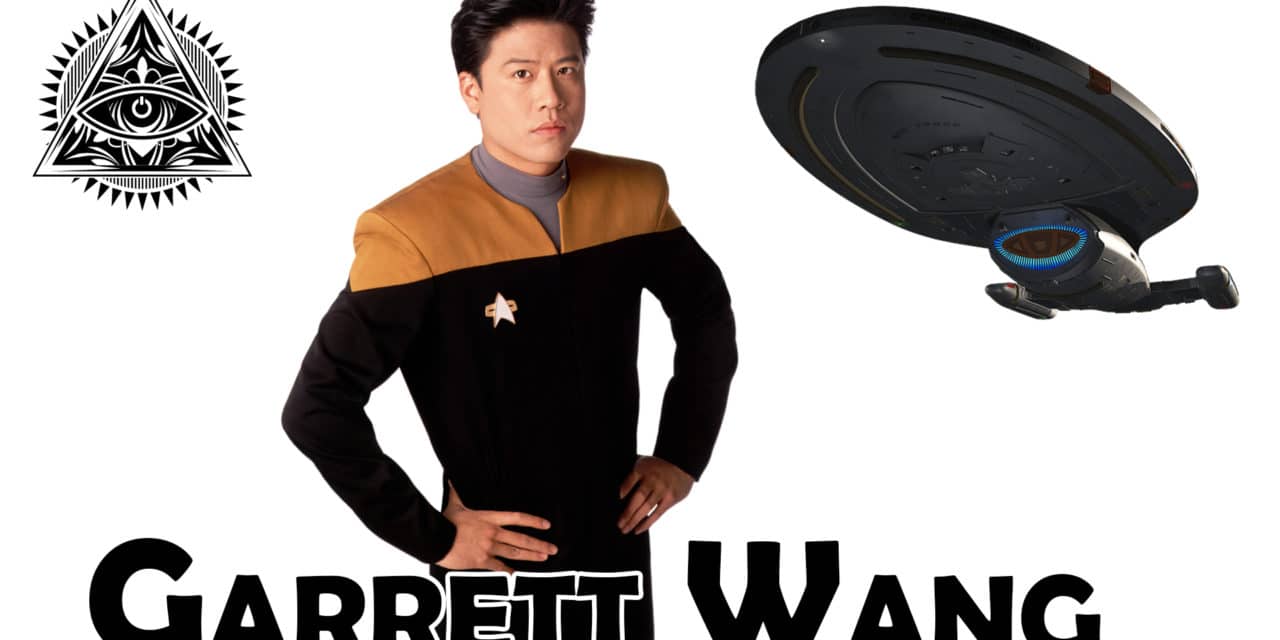 Whenever people discuss Harry Kim (Garrett Wang) from Star Trek: Voyager, one of the most common topics to come up is how he was never promoted beyond the rank of Ensign. Tom Paris was reinstated with a higher rank, got demoted, and then promoted again.

Members of the Maquis who integrated with the rest of the Voyager crew had higher ranks. . . but what could Harry do about it? They were 70,000 light years from home, he couldn’t exactly put in for a transfer or file a complaint directly with Starfleet, right? Well, Garrett Wang, the actor who portrayed Harry Kim in the series has an idea.

When BadCulture TV caught up with Garrett at Star Trek Day, they asked him about it and he’s definitely given some thought to this answer and answers in the below interview. But, to be completely honest, I always felt like they missed an opportunity with Harry.

RELATED: THE SPECTRE: BLACK ADAM PRODUCER ON THE CHANCES OF A FEATURE FILM ADAPTATION AND WHY THE CHARACTER IS INTRIGUING

In both TNG and DS9 we saw various characters rise through the ranks and chart their path within the universe. In TNG we saw Geordi become the head of Engineering and Westley became an acting Ensign, joined Starfleet, and then left Starfleet to join up with The Traveler. In DS9, We saw Jake decide to become a writer, Nog became the first Ferengi in Starfleet, and Sisko embraced his place as The Emissary. . . that’s not even mentioning O’Brien’s huge step up from his position on the Enterprise.

Granted, with Voyager being so far from home and having a limited crew and pool of people to recruit from, maybe it just wasn’t feasible for Harry to be promoted. He’d still be stuck having the same job responsibilities even though he was moving up the ladder, who would have replaced him if he wanted to do something else? The answers are out there I’m sure, but check out Garrett’s answer below along with his thoughts on having a cameo in one of the new shows and how being a part of Star Trek has affected him personally.

BadCulture TV: I’ve been a fan of Star Trek and Ensign Kim since the show aired. So first question – and I hate to ask this immediately, but in the world of Star Trek, has Kim been promoted yet?

Garrett Wang: No, he has not. I think Kim needs to make an appearance on Lower Decks as the oldest ensign in Starfleet history. That would make sense. But no, there’s no promotion. It’s really, really sad. So people ask me, “What’s Kim doing now?” I said, “Well, it’s very easy. Kim, because of the lack of promotion, he quits Starfleet. But he rents the retail space right by Starfleet Headquarters in San Francisco and opens up Admiral Kim’s Bar and Grill, where only ensigns and lower in rank get a discount.”

BadCulture TV: Throughout Star Trek, there’s been a lot of buddy team-ups. In Next Generation, you had La Forge and Data, Data and Worf. In Voyager, we had Kim and Paris.

BadCulture TV: Paris has made an appearance on Lower Decks now.

Garrett Wang: Yes, he has.

BadCulture TV: So I feel like it’s only a matter of time before you get there.

Garrett Wang: I know. I know.

BadCulture TV: If you do get to appear on Lower Decks, Mike McMahan’s right there, so maybe he’ll hear this.

Garrett Wang: Yes, he is.

BadCulture TV: Is that what you would like to see Ensign Kim doing? Or do you think he would want to be out there in the stars?

Garrett Wang: At this point, I would do anything to get on something like Lower Decks because I’m more about comedy, right? I mean, I joke about, “I’ll play a phaser. I don’t care. Just get me on the show.” Right? But yeah, whatever direction they want to put me in. If they’re going to make me a plate, like Paris was, great. And although he does have the plates of everyone, right? He goes, “I’ve got plates from Janeway to Kim.” So they do mention there is a Kim plate there somewhere. So, yeah.

BadCulture TV: Hopefully, that will come to be.

This is also the 55th Anniversary of Star Trek in general, since the original series. It’s played a huge part in so many people’s lives.

BadCulture TV: Like in mine growing up, I’d  watch it with my family. Obviously, you have a little different perspective because you’ve been on the show, but how has Star Trek affected you in your personal life?

BadCulture TV: Awesome. Well, thank you very much for your time. I hope to see you or either hear you on Lower Decks or see you maybe on Picard or one of these other new shows that are coming up. It would be great to see you again.

Garrett Wang: That’d be so fun. Thank you.

Garrett Wang: And I love that you know your Trek, so yeah. What up? Well, both of you, right? Yeah, you’re both.

Camera: He got me into it over the pandemic.

Garrett Wang: Oh, he’s the one that started it? Oh. What did you get him in on?

BadCulture TV: We were discussing episodes of shows that you don’t need to know, what was happening outside of anything else.

BadCulture TV: So I was like, here, watch this episode of Star Trek, and that was it.

Garrett Wang: And you dug it? Yeah?

Camera: Oh yeah, Enterprise, I binged it in like a month, the whole thing. Star Trek got me through the pandemic.

BadCulture TV: No. It’s in my queue. I have it saved, but I haven’t.

Garrett Wang: Oh, you’ve got to listen to that one. Yeah. We’ve been having a grand old time with that, my god. It’s been amazing.

If you’re a fan of Star Trek, be sure to check out Lower Decks on CBS All Access. 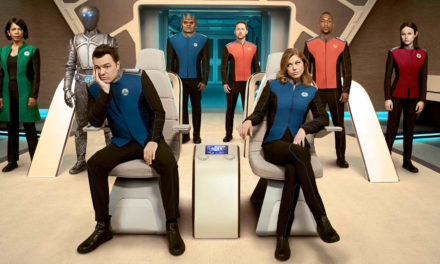 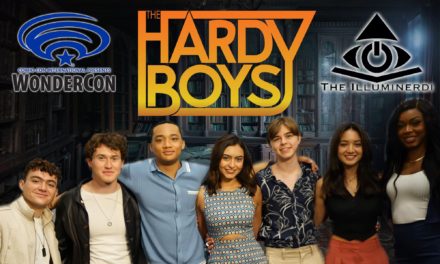 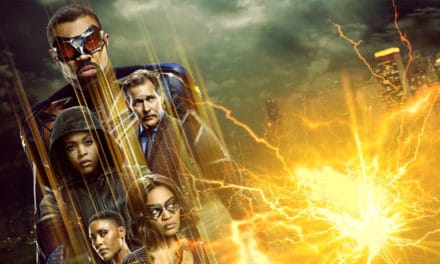