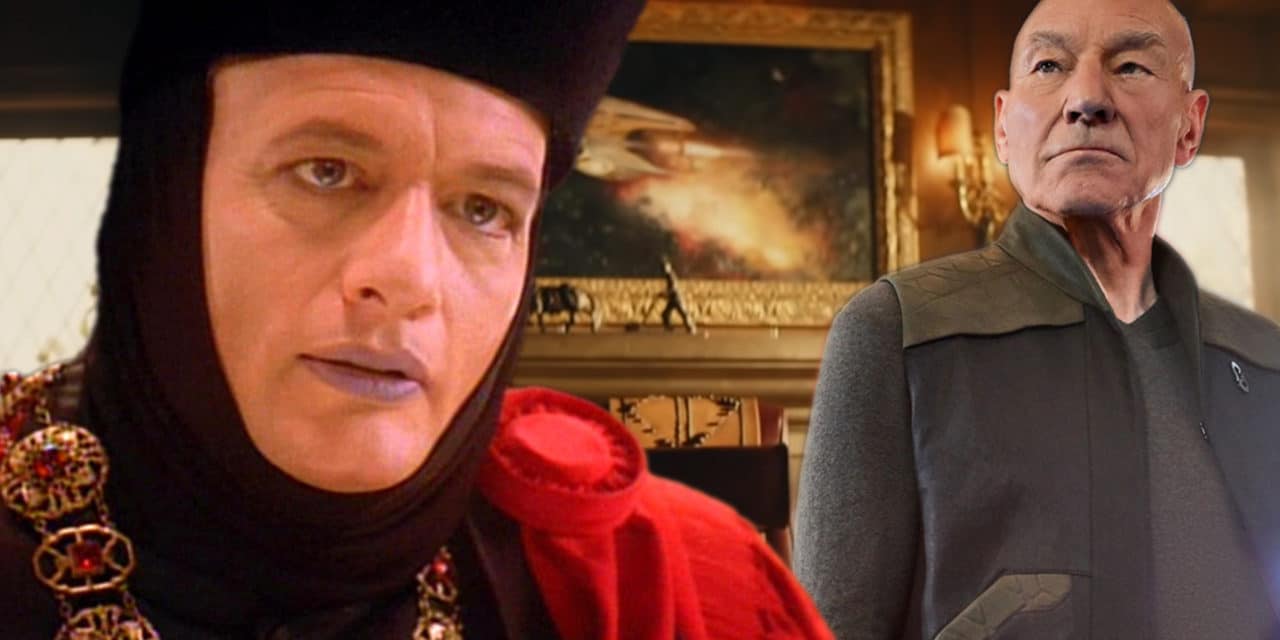 Picard will indeed be traveling through time in its second season, The Illuminerdi can now confirm.

In Star Trek: Generations, Soran (Malcom McDowell) tells Jean-Luc that time is “like a predator; it’s stalking you. Oh, you can try and outrun it with doctors, medicines, new technologies. But in the end, time is going to hunt you down… and make the kill.” It was also in Generations that we learn of the death of Picard’s brother Robert, who ran the family vineyard, which Jean-Luc took over after his retirement from Starfleet.

The trailer for the second season of Star Trek Picard was not shy about indicating that the concept of time would be playing a large role in story. Picard starts the trailer by stating “The true final frontier is time,” and as we progress through the visuals, that line from Soran stuck with me.

Then at the end, we get the big reveal that Q is making his grand return. What else could that mean but an adventure through time, exploring the concepts of life and death and time? The biggest question is how, though Picard’s synth body will still age and die, he’s now cheated death once again.

The Illuminerdi has obtained info on 4 characters who will be appearing in Picard’s second season. Two of these characters give us fairly explicit confirmation of two time periods the show will be bringing us to, while the others are a little more nebulous. As always with this type of information, there will be spoilers, so if you want to go into the new season not knowing anything, turn back now. Otherwise, you may proceed.

I’m going to get what I consider to be the biggest reveal out of the way first. For a role just titled “Father,” they are looking for an actor who resembles a young Jeremy Kemp. Jeremy Kemp is the actor who portrayed Robert Picard in Star Trek: The Next Generation‘s 4th season episode, “Family”. The episode immediately follows Picard’s rescue from the Borg in the Season 4 premiere. On my first read, I had immediately assumed this was going to be Robert, but it could also be their father, Maurice.

The casting information specifies they are looking for an actor in his 30s or 40s, with either a British or French accent. He’s described as being an emotionally distant working man. A blue collar, salt of the earth type. While he’s working the vineyard his “wide-eyed son looks towards the sky.”

We know that René shared Jean-Luc’s interest in space travel, and the next character on the list is “Marie”, who is also described as being in her 30’s. While it doesn’t state as much in the breakdown, we know Robert’s wife was named Marie. Therefore, I’m going to say with about 90% certainty that “Father” is Robert, but since it’s possible that we’ll be seeing Marie in a different time than we see “Father,” I’m not completely convinced I’m right.

In addition to her age, Marie is also described as “wry, playful, and enthusiastic with just a hint of madness in her eye”. The breakdown also states that Marie will guide her son through life with one simple mandate. It doesn’t say what that mandate is, so I guess we’ll just have to watch the show to find out. If I’m right about “Father” being Robert, we’re looking at revisiting the TNG era France sometime before 2371. If it’s Maurice, we can add the mid-2310s as well.

Our next specific time-frame character brings us to present day Los Angeles, where “Sofia” is a doctor who helps undocumented workers and other citizens in need at an off-the-grid clinic. Sofia is Latinx, in her 30s, and has a son with whom she shares an experience of intense racism. But her life drastically changes when she meets a member of Picard’s crew. Like Marie and “Father”, Sofia is a recurring guest star.

Our last character has a less specific era attached to her. “Rachelle” is a NASA scientist in her 20s who’s preparing for a multi-national mission of some kind. While she has had plenty of success in her life, since she was a child, she’s dealt with depression. Rachelle’s era is a little harder to pin down because of how vague the breakdown is.

We don’t really know when NASA was shutdown in the Star Trek Universe, while the latest official entry we have for it is 2038, which we learned about in TNG’s season 2 episode “The Royale”, we also know that Starfleet wasn’t formed until the 2130s. That’s a pretty broad stretch of time, so I’m not even going to guess.

So, that’s what we’ve got for now. None of these roles have been cast yet, but we know that Penelope Mitchell had been offered the role of Rachelle, we have not been able to confirm whether she has accepted or passed though.

With the return of Q we know this season will be a fun adventure with some heady philosophical questions about the nature of life and death. It will be interesting to see where Picard has landed in that respect given all that he’s been through since he said:

Someone once told me that time was a predator that stalked us all our lives. But I rather believe than time is a companion who goes with us on the journey, and reminds us to cherish every moment because they’ll never come again. What we leave behind is not as important how we lived. After all, Number One, we’re only mortal.

Star Trek: Picard Season 2 is set to air on Paramount+ in 2022. What do you think of this new news? How do you think the pieces fit together? Let us know in the comment section below or over on our social media! 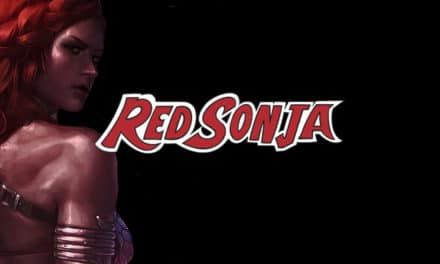 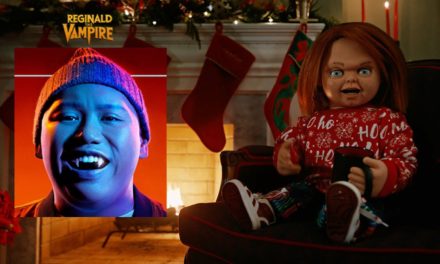