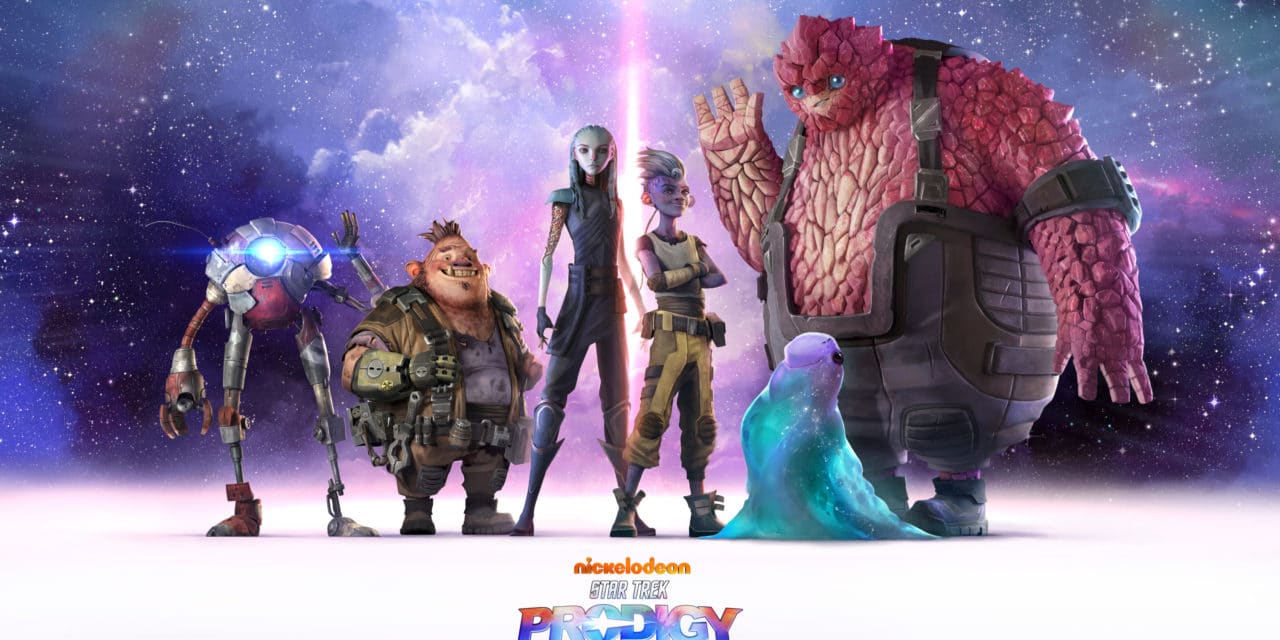 New information about the future of Star Trek: Prodigy was revealed during the ViacomCBS Investor Day event for Paramount+, the “new” streaming service that will be replacing CBS All Access.

The segment on Star Trek seemed to reinforce their commitment to the brand and ongoing plans for the franchise. One of the highlights is a video that Alex Kurtzman narrated detailing the past and future of Star Trek.

Originally, the plan for Star Trek: Prodigy was for it to premiere later this year on Nickelodeon, however they have since decided to launch it on Paramount+ first. It will still air on Nickelodeon as well, but not until after it’s launch on the streaming service. No additional information was given for what that timeframe will be however. Additionally, we now have confirmed the first season will be comprised of 20 episodes and while a weekly release was not confirmed, it’s a pretty safe bet.

During the video we also got our first look at the “bridge crew” of the Prodigy. We still don’t really know much about these characters. The only current official information we have is this: “Six young outcasts know nothing about the ship they have commandeered – a first in the history of the Star Trek Franchise, but over the course of their adventures together, they will each be introduced to Starfleet and the ideals it represents.” In addition to the six kids, we know Kate Mulgrew will be appearing as her Star Trek: Voyager character, Kathryn Janeway and more recently, Billy Campbell let slip that he’ll be returning as “The Outrageous Okona”.

Outside of Prodigy, we know the both Discovery and Strange New Worlds have been shooting for a while now and production on Season 2 of Picard is just getting underway. There’s still no word on when we might see anything about the planned Section 31 show, but I wouldn’t be surprised if we hear something in the near future.

Check out the full press release about Star Trek on Paramount+ below.

PARAMOUNT+ IS THE HOME OF THE STAR TREK UNIVERSE

ViacomCBS today announced that the Star Trek Universe will head to Paramount +. The news was revealed during ViacomCBS’ Investor Day event for its highly anticipated new streaming service. Included within the line-up is the upcoming all-new animated kids’ series STAR TREK: PRODIGY which will now premiere on Paramount+ in the U.S. in 2021. Developed and produced by Nickelodeon and CBS Studios, PRODIGY is the first Star Trek series for the kids and family audience and will bow later on Nickelodeon, following its premiere run on Paramount+.

A first-look image of the STAR TREK: PRODIGY bridge crew was also released today. In PRODIGY, six young outcasts know nothing about the ship they have commandeered – a first in the history of the Star Trek Franchise, but over the course of their adventures together, they will each be introduced to Starfleet and the ideals it represents.

“In three years, we’ve expanded the Star Trek Universe to new heights, creating five original series – each with its own unique storytelling and distinct cinematic feel,” said Alex Kurtzman, Executive Producer Star Trek Universe. “We’re so excited to partner with Dan and Kevin Hageman and the team at Nickelodeon for STAR TREK: PRODIGY as we bring Trek to a new generation of younger fans with an animated series as rich in character and scope as our live action shows. I’m thrilled audiences of all ages now have instant access to the full Trek library, classic and new original series, on our new home at Paramount+.”

“When STAR TREK: DISCOVERY first premiered, we knew we had the beginning of something special,” said Julie McNamara, Executive Vice President and Head of Programming, Paramount+. “Over three years later, we are thrilled that Paramount+ will serve as the streaming home of the Star Trek Universe, with an unparalleled existing and expanding library of Trek content. The upcoming addition of STAR TREK: PRODIGY to Paramount+ means subscribers now have a Trek series for every member of the family – including kids. We are excited to bring this next chapter to a new generation of Trek fans alongside the creative masterminds behind Secret Hideout and Nickelodeon, as well as the talented Kevin and Dan Hageman.”

“Debuting Prodigy on Paramount+ alongside the complete Star Trek universe points to our strategy of growing Nickelodeon’s reach by expanding our top franchises and diving deeper into their worlds, and their characters and stories,” said Ramsey Naito, President, Nickelodeon Animation. “And on top of having great characters and absolutely gorgeous animation, PRODIGY shows how the ViacomCBS brands can come together to make great, compelling content that appeals to both new audiences and long-time super fans. We’re incredibly proud of this series and we’re looking forward to building its audience across the Paramount+ and Nickelodeon platforms.”

Developed by Emmy® Award-winners Kevin and Dan Hageman (‘Trollhunters’ and ‘Ninjago’) the CG-animated series STAR TREK: PRODIGY is the first Star Trek series aimed at younger audiences and will follow a group of lawless teens who discover a derelict Starfleet ship and use it to search for adventure, meaning and salvation.

ViacomCBS’ existing subscription video-on-demand and live streaming service, CBS All Access, will be rebranded as Paramount+ on March 4, 2021 as part of the service’s expansion to feature content from ViacomCBS’ leading portfolio of broadcast, news, sports and entertainment brands. ViacomCBS will also bring Paramount+ to international markets with an initial debut in Australia, Latin America and the Nordics in 2021.

CBS Studios is one of the world’s leading suppliers of entertainment programming with more than 70 series currently in production for broadcast and cable networks, streaming services and other emerging platforms. The Studio’s expansive portfolio spans a diverse slate of commercially successful and critically acclaimed scripted programming, genre-defining franchises including the ever-growing “Star Trek” universe, award-winning late night and daytime talk shows, and an extensive library of iconic intellectual property.

Nickelodeon, now in its 41st year, is the number-one entertainment brand for kids. It has built a diverse, global business by putting kids first in everything it does. The brand includes television programming and production in the United States and around the world, plus consumer products, digital, location-based experiences, publishing and feature films. For more information or artwork, visit http://www.nickpress.com. Nickelodeon and all related titles, characters and logos are trademarks of ViacomCBS Inc. (Nasdaq: VIACA, VIAC).

What do you think of the new look at Star Trek: Prodigy? Let us know in the comment section below or over on our social media! 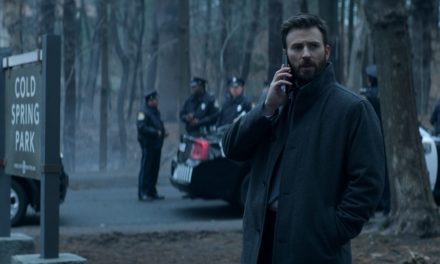 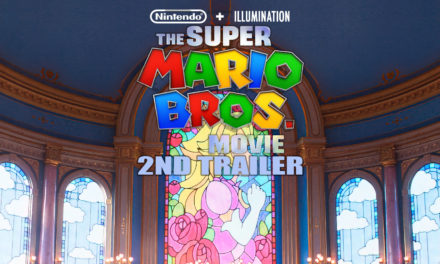 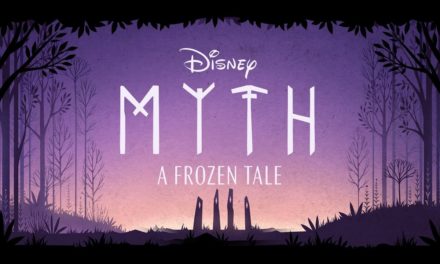