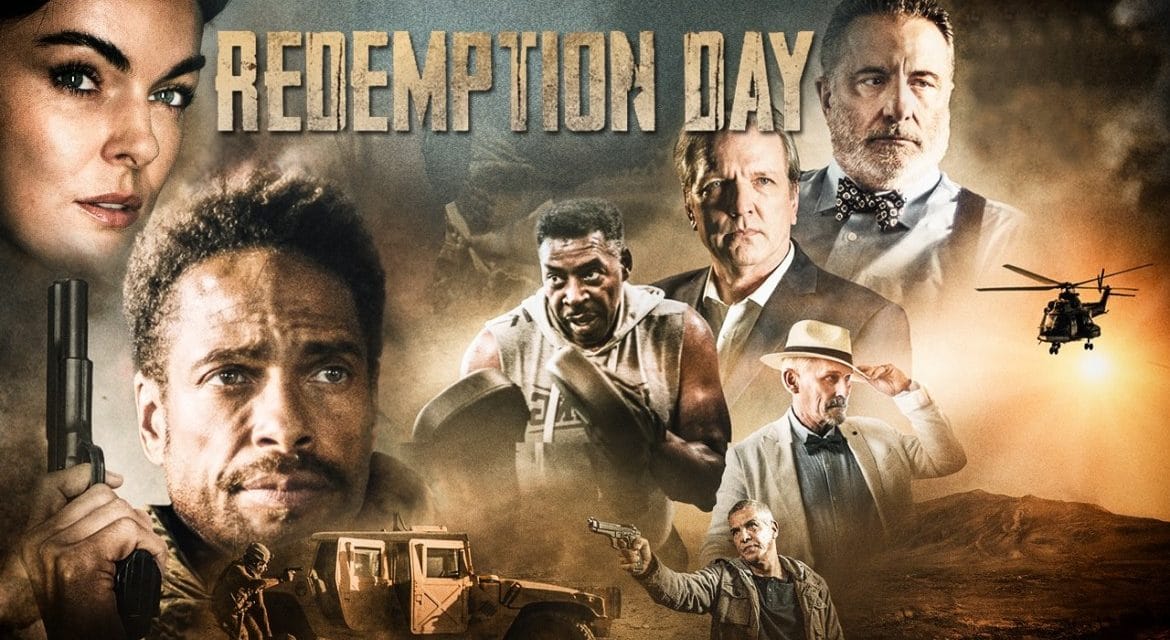 2021 is kicking off in the entertainment industry with a few major releases, although one that’s flying under the radar is the new action-thriller, Redemption Day. The movie has already won awards long before its release, and it includes an all-star cast with names like CSI’s Gary Dourdan, Inhumans’ Serinda Swan, Ghostbusters’ Ernie Hudson, Tenet’s Martin Donovan, and Ocean’s Eleven’s Andy Garcia.

One name that isn’t as well-known yet is the movie’s director, Hicham Hajji, who is taking on the role of director for the first time in this movie. After producing over two dozen productions in his career, this is a somewhat new venture for him, but he seems more than ready for the task.

The Illuminerdi had the incredible opportunity to sit down with Hicham Hajji, and I’m happy to share our chat below:

The Illuminerdi: Reading your background, you’ve produced a ton of movies and projects over the years, and this is your first time directing a full-length feature film. Was there anything specific that you focus on as you take control of this big theatrical release?

Hicham Hajji: Actually, you know, the movies I produced in the past, I was mainly a line producer, I was taking care of production servicing in Morocco. I really felt, you know when you’re stuck in this…and you try to do more on the project, that’s what I wanted to do with this one. I didn’t want to be just the production service or the line producer, I wanted to be behind and find the finance and make it happen.

This is not something I was supposed to direct in the beginning, because I was producing and aiming for a very high budget. But at the end of the day…since I was the one behind the story, I wrote the script, I knew all the locations while writing the script, I was taking care of a huge part of this movie. I was talking to Nancy Foy, my casting director, and she said ‘You know what? Why don’t you give it a shot? You can direct it. I’ve seen your shots, it’s great, you know what you’re doing. Let’s give it a shot.’

And for me, in the beginning, to be honest, I wasn’t even considering it, because I thought to myself ‘Nobody’s gonna work with me,’ and I’m trying to get big actors. And she convinced me, and it became, all of a sudden, very clear. I could go to my friends and go ‘Hey guys, you want to invest on this movie? I’m gonna be part of it as a director.’ At the beginning, everyone was scared….To be honest, at the end, it was very clear for everyone that I was meant to direct this movie, and I’m so glad that I did.

You guys have already won an award for Best Picture at the Manhattanhenge film festival before it even comes out. What does that mean to you in relation to the work you put in and the quality that you and the cast strived for?

Hicham Hajji: It means a lot. Any time you get an award from someone, when they look at the hard work that you’re doing for four years. Because I completely changed my life to make this movie happen, and then you get an award, big or small, it shows that your movie and a lot of others has been better, and it truly means a lot. It truly helps me to be better for the next time.

The cast and the crew were fantastic in this movie, everyone did a great job, especially knowing the little money we had. It’s been a financial nightmare because a lot of people were promising to invest, and at the end, they didn’t. And we started with the minimum amount of money to just make stuff happen. And at the end of the day, when I see the result, I’m really happy about it.

You had the chance to film this movie in your home country of Morocco. Was this an intentional part of the filming process for you or just a nice bonus getting to film the movie right at home?

Even the New York scenes that you see in the beginning of the movie were entirely shot in Morocco. That was the only way to make it work with the help of the authorities that I knew would help us. The people who gave us their houses, their offices, it took a lot of things to make it happen. If I had to go and rent everything and pay for everything, it would have been almost impossible to get.

Hicham Hajji: We shot this movie in April and May of 2019, and I was working on it to finish it in December of 2020. We had a very low post-production, not because we had complicated stuff to do, but we had mainly some VFX shots to fix which takes a little more time. But at the end of the day, we planned on finishing in February 2021 and we were hoping for a summer release around May or something. But then everything happened with this pandemic, and at the end, I had no idea what we were going to do.

The producers were handling the movie and waiting for the right time, and I think today is the perfect time, because there are a lot of political aspects in this movie, and a lot of things happening in my country. We’ve had this conflict with Algeria for 50 years, and in the movie, they declared the Sahara is Moroccan. I think its the right moment.

One of the most incredible things about this movie was the very first scene, the six-minute one-shot cut. How difficult was that for you to shoot? Talking to Gary, he was saying it was a lot of your work and your vision for that scene.

Hicham Hajji: That’s something I really wanted to do. And Gary was also a little bit against it, like “Hicham, why don’t you do a lot of shots?” It was six pages, and I was really thinking about something that would make the opening look good and cinematic. I had this idea that took a lot of rehearsal with the camera, a lot of rehearsal with the props, because we had real explosives.

You worked with an incredible cast on this movie, including Gary Dourdan. When you were writing this movie, was there any actor in particular that you had matched up early on, or did that come later in casting decisions?

Hicham Hajji: When you write the script, you always have something in mind. You say, ‘I’m gonna take this actor as an example and I’m gonna write the script for him.’ And at the end of the day, you contact the actors, guess what, they’re gonna be in a TV show for the next three years. So you have to be open and think about a lot of other people and a lot of other options.

I wanted someone different, and I sent the script to Gary Dourdan’s agent, he answered me the day after and said “Gary loves the script, he would love to be a part of this.” Then I started to talk to Gary, and I knew he was the guy. He loves to sing, he’s good with the crew, he gives everyone his time and attention, he has a very good energy. I want to work with people like this. I usually become friends with my actors, and you create a family.

Redemption Day is now playing in theaters and On Demand and Digital January 12th. What did you think of Hicham Hajji’s film? Let us know in the comment section below or over on our social media.