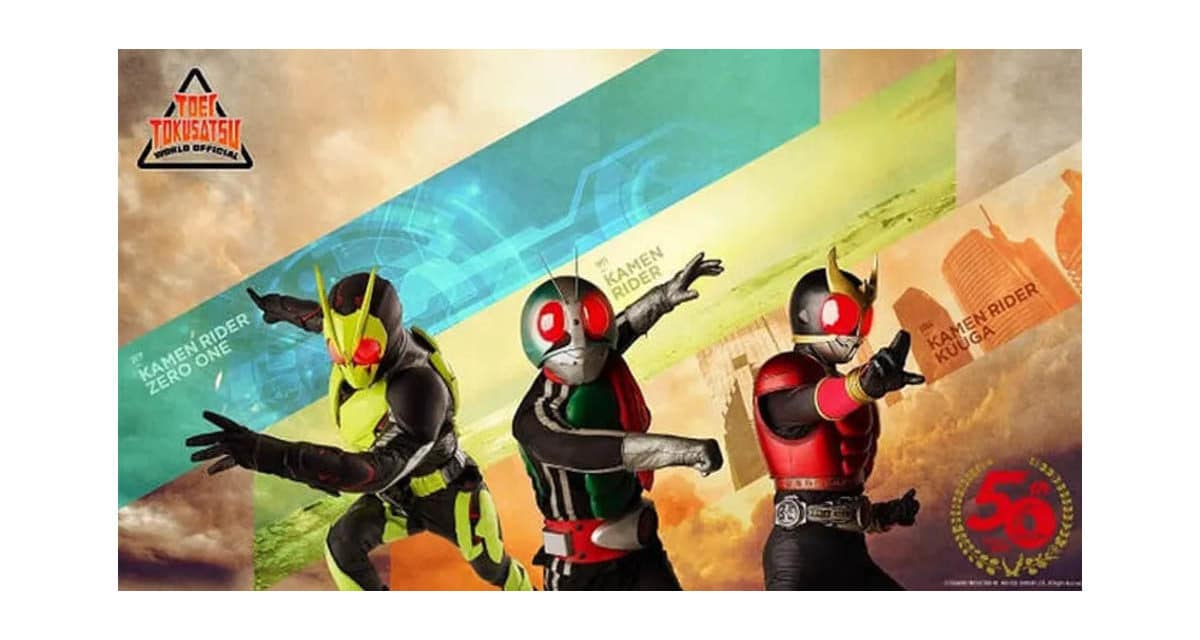 You are not just seeing things. Yes. Japan’s beloved bug-eyed ‘Power Ranger-like’” super heroes are going to be more available to American audiences than ever.

This just in from James Whitbrook of Gizmodo that select episodes of Kamen Rider from multiple seasons will be available on Tokusatsu World’s official YouTube account.

The Youtube channel has already released episodes of other classic Toei franchises, such as Metal Hero and Fushigi Comedy, and even the first episode of the original Kamen Rider (1971). In promotion of the collaboration between Toei and Shout Factory, Shout Factory released a new Pluto channel called “Toku-Shoutsu” in 2020, featuring Kamen Rider, Ultraman Leo (1974), and Kyouryu Sentai Zyuranger (1993), with a promo trailer featuring Power Rangers and Saban’s Masked Rider (1995) alumnus, Dr. Jason Narvy.

Now other seasons of Kamen Rider can reach American audiences on Youtube. As mentioned, these are only select episodes of select seasons, and will be uploaded gradually over time. Unfortunately, this does mean that if a newcomer does take a fancy to a particular season of the show, they might not be able to binge all 50-ish episodes of it, like they could with Kuuga.

Much like any season of Power Rangers or Super Sentai, each season is a unique mostly-standalone story with a new cast and themes, so if one is not particularly fond of the forensic style of Kuuga, maybe they can enjoy the melodrama of Kiva (2008), or the shounen teenagers-with-attitude of Fourze (2011) or the off-beat detective pulp of W (2009), or even the recent socio-philosophical contemplation of A.I. sapience from Zero-One (2019).

While there’s no official word on which seasons will be released or when. What we do know is that this release will be done in promotion of the show’s 50th anniversary of its premiere on April 3rd, 1971. Ideally, they want to have a weekly release of several episodes on weekends and the high-hopes that all the seasons from the first two generations will be available by the end of the year.

My Personal Journey With Kamen Rider

For someone like myself, being a fan of the show for roughly a decade and a half, this is a dream partially come true. When I was first exposed to the show, I was going through a tough time in my teen years, and Kamen Rider Kabuto (2006) was very much a life saver. As a 3-year old who came up with his own black bug-themed super hero (completely unaware that in Japan, such a hero existed in the form of Kamen Rider Black), I fell in love with character design of the lead character in Saban’s Masked Rider because he was a bug-themed super hero.

I certainly didn’t know it had a Japanese counterpart, nor would I imagine that said Japanese counterpart would eventually come to me in a way that would be described as nothing short of “cosmic”. It was as if it was destiny for me to be a Kamen Rider fan and I wanted to do nothing more than watch all of it and spread the word to my classmates, friends, and neighbors about this amazing show.

At the time, watching the show in a legal capacity was next to impossible, and one’s options were either to watch illegal uploads on Crunchyroll or Veoh, or buy 4-episode dvd volumes for 60-80 dollars online….and I am sure those dvd’s weren’t very “kosher” either. For years, American fans of the show were in a state of “do whatever we can to get by.”

As for my crusade to spread the word? Well up until I started attending Power Morphicon, the only friends I had who knew about Kamen Rider were only the people who I introduced to the show myself. And most people who haven’t heard of it would often respond with “So…is this like Power Rangers or something?” or “Power Rangers rip-off”. To me, it’s beautiful that more and more people in the last few years have been exposed to this half-century old franchise, especially in a legal capacity.

It has been a struggle for me to achieve the benchmark of having seen all 30 seasons (plus the 16 episodes of the current season as of writing this article), and it is my dream that others will be able to achieve it too, but with less of a struggle than it was for me. While all 1450+ episodes might not be available, this will be an opportunity for people to get their start.

If I had to nitpick though, one thing I appreciate about certain fan-subs that isn’t done in official subtitled releases is the inclusion of Romaji lyrics to the opening themes of the shows. I rather like the idea of a non-Japanese speaker being able to learn the words to the song as they watch the show, and by the time they reach the penultimate episode, they are able to sing along to the songs. I hope that official subbers would start doing that in new releases and edit previous releases to include it as well.

What else is there to say except “Let’s Ride!”

Are you excited for Kamen Rider coming to YouTube? How did YOU get into Kamen Rider? Let us know in the comment section below or on our social media! 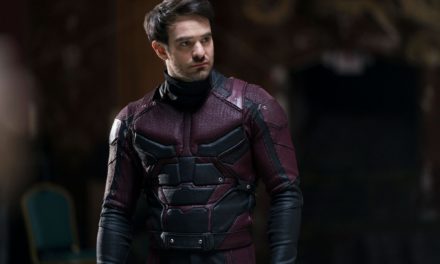 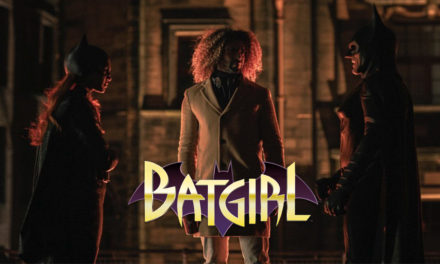 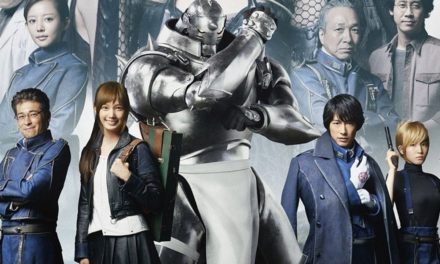