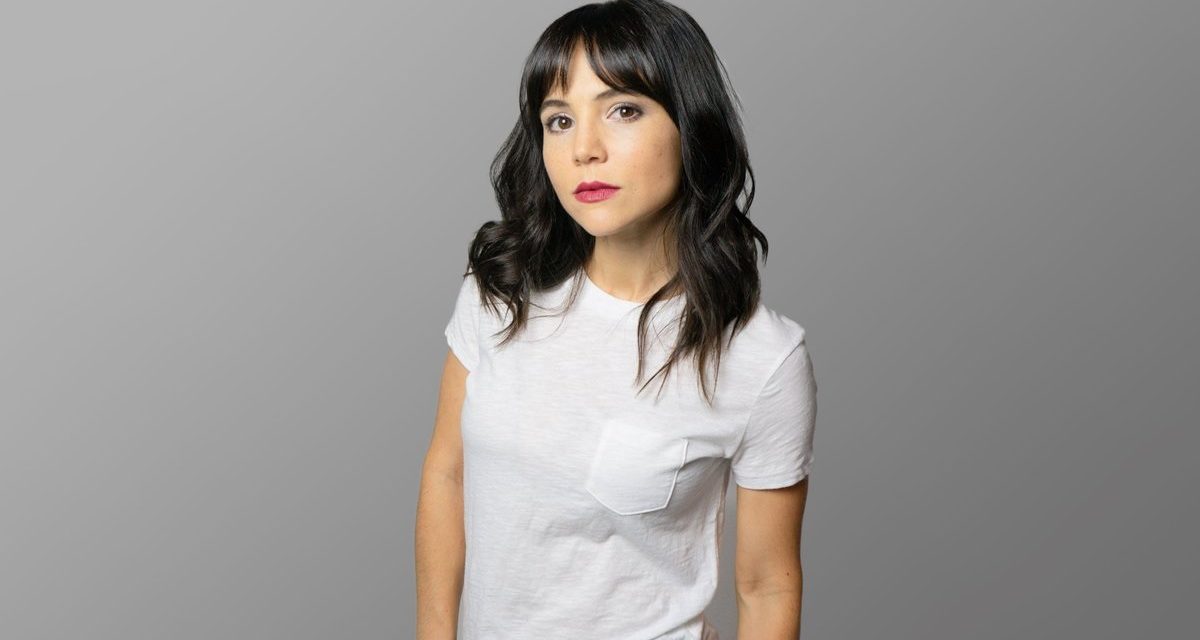 LA Macabre is a horror series from writer-director Dan Ast that centers around a mysterious cult known as the “New Family”. We at The Illuminerdi were lucky enough to speak with the lovely Christina Wren about the recently released season two.

Please enjoy our interview with Christina, who plays the fiery tech-genius JP on LA Macabre.

How did you get involved with LA Macabre?

Dan is an old college friend of my husbands. They went to film school together, so I met him years ago when we were all making our first indie films, viewing them with each other and giving feedback. A few years later he was making LA Macabre and he asked me to play JP, which I was super pumped about.

So you have a history with Dan Ast then. What’s his creative process like? What was it like working with him on LA Macabre specifically?

As a writer, he is incredible. He just deep dives into the worlds that he’s creating. He’s spent a lot of time with several of his projects really digging deep into the world of cults and the kind of shows that he loves and wants to make in the thriller/horror genre. Just seeing his dedication to the writing process was fantastic. The season two scripts were about the size of three features, when he plopped it down in front of me.

It is super incredible, and he did it entirely himself. He does not have a writer’s room. He wove together these very, very craftily intertwined stories and I think it pays off really well in the end. So number one, seeing him as a writer was so cool.

His process as a director is very laid back. He is really affirming of his cinematographer Austin Smoak, and she has a very low key personality so it’s a very calm, relaxed, communal environment.

Talk to me about the writing and characteristics of your LA Macabre character, JP.

So JP is a super cool character. She is a hacker, super tech genius, and also really playful, whic  I like as a combination. She’s pretty cool and makes herself comfortable and at home in this new group of people, she’s very confident in how she approaches Ryan, who is a character from within the main ensemble that ends up bringing her into this community. She is generous, really down to help and puts herself at risk for these people that she really doesnt know very well. Once she’s in, she’s in, she’s fully committed. She’s got great integrity, really smart, really fun, and she has a strong moral core.

How does the situation with the “New Family” affect JP and Ryan’s relationship?

I mean their relationship is so young. They’ve had a one night stand and they haven’t called each other back, and then he needs her. So it’s like the relationship is forming as all of this happens. I guess in terms of how it affects it, it would be that this is the bedrock, this is the foundation that it is built upon, this experience of crisis. It would be interesting in the future to see if that’s something that binds them, or without that or outside of that, it either triggers something negative in them, or they just don’t know how to connect other than that.

I’m not sure yet, we’ll have to wait on Dan and see where that goes. I’m rooting for them, I think that they are different from each other but clearly get a kick out of each other and I like that.

Were there any specific performances or characters that inspired you as JP?

Not specifically, when I was prepping for her I did a lot of research about the tech side of the character, what her knowledge base would be, what all of the jargon I would be spewing actually meant. So I think that inspired me, just that she knows a lot. Also, the dialogue that Dan wrote for her is very confident and sassy, so from that at least I just took away a character that was very surefooted in her life’s work and who she was. But no, there wasn’t a specific other character I was looking at while building her.

My favorite scene in LA Macabre is the scene when you are trapped in the barrel. What was it like filming that scene?

It actually was a little intense, Dan went out of his way to try and make sure that I was and felt safe and secure, and I knew that, which was nice going in, but admittedly, being in a barrel with water pouring in and actors on top smashing chains on top, it got a little intense at times. I was holding water in my mouth so I could spew it out when I got out. The most intense part was that time was moving slowly. When I would get into the barrel, everyone had to get into their places, they had to roll camera, roll sound, the other actors had to do their thing.

Eventually after banging the lid with chains, I was going “please god don’t let that seal it shut, may it not be hard for them to get it off”. Then Ryan would come in and pull me out, but that little bit of time felt much longer than it actually was. But overall I was kept really safe and secure. It was chilly, that was maybe the worst thing coming in and out, just being wet.

What are some of your favorite horror movies or tv shows outside of LA Macabre?

I just finished Lovecraft Country and I’m obsessed. I loved  it, I just loved it. I thought it was such fantastic use of the genre to highlight the horrors that so often the black community has gone through. It was all so beautiful, the characters are great, the actors are fantastic, so I was super hooked and similarly I loved Get Out. I really liked The Babadook, and admittedly I am a bit of a novice in the horror genre, I’m just kind of getting my feet wet in it.

Growing up I didn’t like Saw, or some other things my friends would bring around, so I thought “I don’t know if I like horror”. I don’t necessarily like watching horrible things happen to people. And I don’t like being scared just for the sake of being scared, but when I’m lured in via the character’s journeys, I get so sucked in. I mean Handmaid’s Tale is one of my favorite shows. I don’t know if people would call that a horror genre, but things that are a deeper commentary on society, I really like those.

You’ll be starring in Army Of The Dead: Lost Vegas, playing a character named Nicole. What can you tell us about that project?

Oh my god, I’m so excited, the scripts are amazing. I can’t really say much, but oh man, the scripts are so good. I felt just so giddy when Zack sent them to me. I was really touched that he thought of me again and included me in this piece. It’s gonna be a really fun ride.

So it’s safe to say that you’re excited to work with Zack Snyder again?

Any time he comes a-callin, I’ll say yes. He’s so delightful to work with. He’s been so generous with me, and really has given me some of the most significant experiences of my career. I’m forever grateful for him and Deborah and their whole team and crew, they’re just really lovely people.

You play Major Carrie Farris in Man Of Steel and Batman V Superman. The character is inspired by the DC Comics character Carol Farris, otherwise known as Star Sapphire, a hero from Green Lantern’s corner of the universe. Would you be interested in playing Farris again in Green Lantern, or another DC project in the future?

Back to LA Macabre, did you have a favorite scene to film in season two?

I had so much fun working with Cory Driscoll. He plays who is like a real creeper who runs the underground video shop that I go into. He was so delightful to work with, he himself is not at all creepy. He’s the little brother of another one of my husband and Dan’s film school buddies. So I had known his older brother, so there was a bit of “aww, the little brothers here, this is awesome.” But they tricked out this garage to be this video store, and eventually I got to wreak some havoc when I came back, so that was pretty fun.

Earlier you mentioned your hope for JP and Ryan’s future. What else would you like to see in the next season of LA Macabre?

It’s tough to say because I feel like that’s Dan’s territory. Selfishly, as an actor, I would love JP to have a million episode arc and do lots of awesome stuff, so I hope I’ll get to come back and play. But I really trust it in his hands. This world has been swirling in his brain for probably about a decade now. The commitment to it and the knowledge of it, even with us, he holds his cards pretty close to the chest. One fun thing, he gave most of us a false ending to the script until we saw it. Only the characters who were part of the final twist of the show knew. He knows how to keep his secrets. I’m more excited as a fan, like “ooh, what’s going to happen next”?

Aside from Army Of The Dead: Lost Vegas, are there any other upcoming Christina Wren projects we should stay tuned for?

Yeah, my husband and I have a production company called Two Kids With a Camera, and he is working on a script right now that I am super pumped about. We’re hoping to film in March. Basically this woman from a satellite society gets thrust back to earth after it has been uninhabitable for decades, and she has to figure out how to survive. It’s kind of a Castaway or The Revenant type situation but in the future. I’m excited, excited to go out in the wilderness and figure out how to survive.

Thank you for taking the time to talk with me Christina, this has been a wonderful time.

Thank you, I really appreciate you taking the time as well.

LA Macabre is available to stream on Amazon Prime now. What do you think of the most recent season of LA Macabre? Let us know your thoughts on the series in the comments below or on our social media! 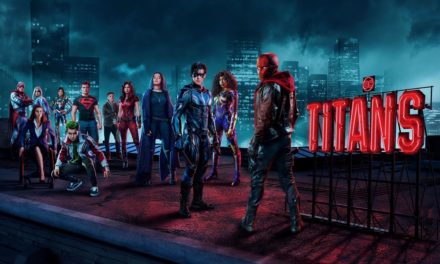 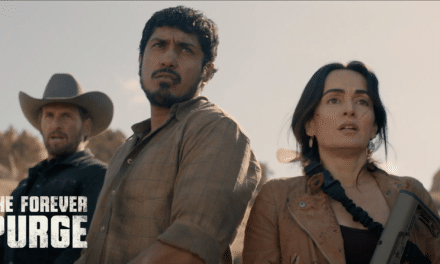