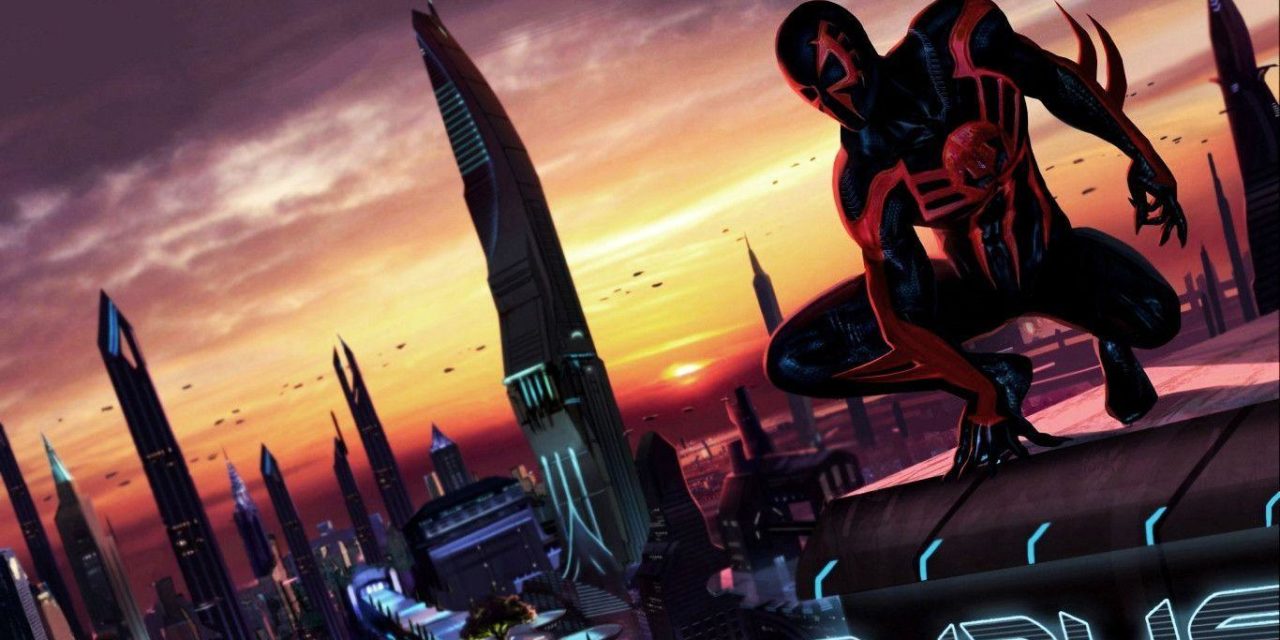 Into The Spider Verse 2 has released some new art, and we are dying at the new look into Oscar Isaac’s Spider-Man 2099 that it’s providing.

When the animated film Spider-Man: Into The Spider Verse was released way back in December of 2018, it was a surprising hit. The new classic gained critical universal acclaim from critics and became a highly favorite of fans. The film also received many impressive accolades and even won the Oscar award for best animated film. It’s actually the first animated film to win an Oscar that’s not made by Pixar or Disney, and the first since Rango.

Additionally Into Spider Verse was also a surprising box office hit, gaining $375.5 million dollars against a $90.00 million budget despite Sony Pictures not pushing it too hard at first. The film was reported to co-exist with the Marvel Cinematic Universe version of Spider-Man, but Sony later decided to set Into The Spider Verse in an alternate universe.

The film was also the first time that fan favorite Spider-Man character Miles Morales made his animated theatrical debut, as well as other incarnations of Spider-Man such as Spider-Gwen, Spider-Man Noir, Spider-Ham, Peni Parker, Ultimate Spider-Man, and the original Earth 616 Spider-Man.

The film was a love letter to Spider-Man fans and helped introduced more of the character’s lore to casual audiences, and it garnered so much success that Sony Pictures determined to create a sequel. To make matters more exciting, Into The Spider Verse 2 will properly introduce another popular incarnation, Spider-Man 2099 or Miguel O’Hara.

Into The Spider Verse 2 Delves Deeper Into Spider-Man 2099

Spider-Man 2099 is a futuristic version of Spider-Man. The character was first introduced in a five page sneak preview of the 30th anniversary of the Amazing Spider-Man Comic Book series, getting his official first intro in Spider-Man 2099. Unlike the original, Miguel O’Hara got his powers from a genetic experiment.

O’Hara used his newfound abilities to fight crime in his futuristic timeline, becoming very popular with fans and making appearances in other media such as video games and TV shows until landing own solo series in Spider-Man: Unlimited. Now, the character will make his theatrical animated film debut in Into The Spider Verse 2, voiced by the award-winning actor Oscar Isaac.

Spider-Man 2099 was first shown in the post-credit scene of the original film, but the franchise’s Twitter account recently gave us our first tease of him in the sequel. The account tweeted “one year closer to 2022”, and it was accompanied by multiple images featuring O’Hara. With the tease, we can expect that he will be an important character in Into The Spider Verse 2.

When Spider-Man: Into The Spider-Verse came out, many critics and fans expected it to be nothing but a backburner film and a good popcorn flick to pass the time. However, it turned out to be a phenomenon and the film is now considered one of the best animated movies of all time – even one of the best superhero films of all time.

RELATED: SPIDER-MAN 3 SPECULATION: HOW WE CAN CONNECT OCK AND ELECTRO

Hopefully the sequel can deliver the same magic as its predecessor, if not better. Let’s just say it’s great to be a Spidey-fan, and late creator Stan Lee would have been very proud!

Spider-Man: Into The Spider Verse 2 is set to release on October 7, 2022. Shameik Moore is set to reprise his role as Miles Morales and Hailee Steinfeld is set to reprise her role as Spider-Gwen. It is still unknown if the actors who voiced the other incarnations of Spider-Man in the previous film, such as Jake Johnson (Spider-Man 616) and Nicolas Cage (Spider-Man Noir), are returning.

The sequel will be directed by Joaquim Dos Santos and will be screenplay by David Callaham and produced by Amy Pascal, Phil Lord, and Christopher Miller. Daniel Pemberton will serve as the film’s composer. The film will be distributed by Sony Pictures.

KEEP READING: Marvel Get Your S*** Together and Cast Shameik Moore as the Next Spider-Man 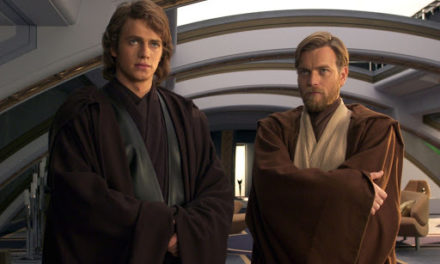 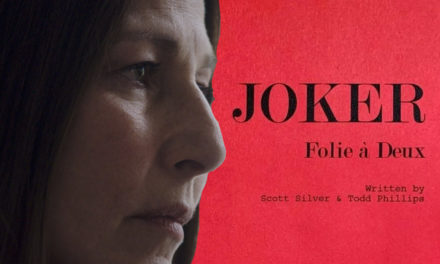 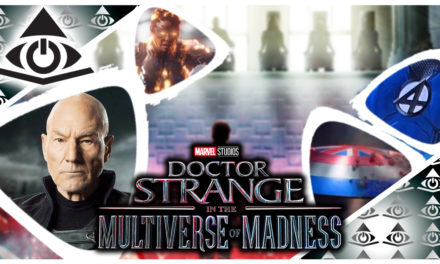 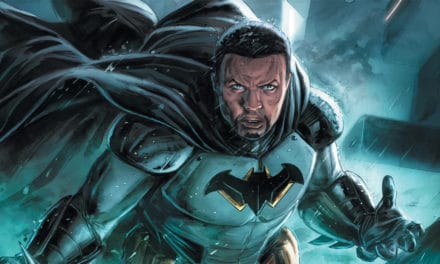