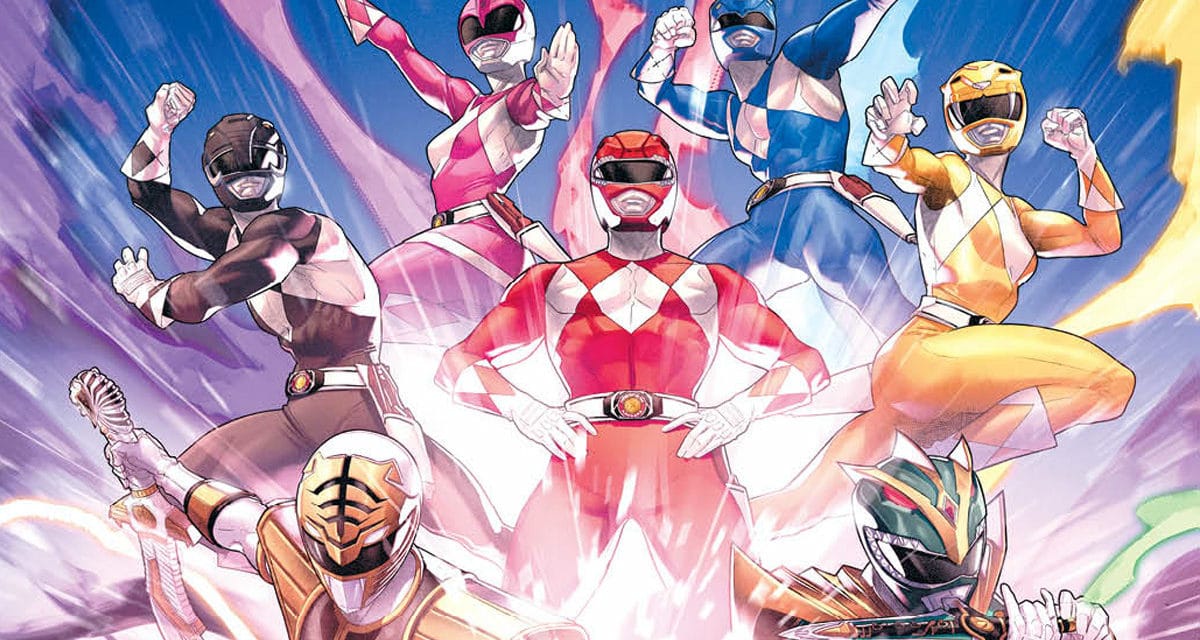 First off, the cover of the issue is already drawing in fans as we see seven rangers on the screen. We see the new Green Ranger and that must mean that he will be in this comic, right? The look of the rangers is imposing as the larger than life figures they are, particularly that of the red ranger. Fans have always talked about the legacy of Jason the original red and his successor Rocky, so to see Rocky in the middle really steps up his image as not just a filler but a ranger of his own. 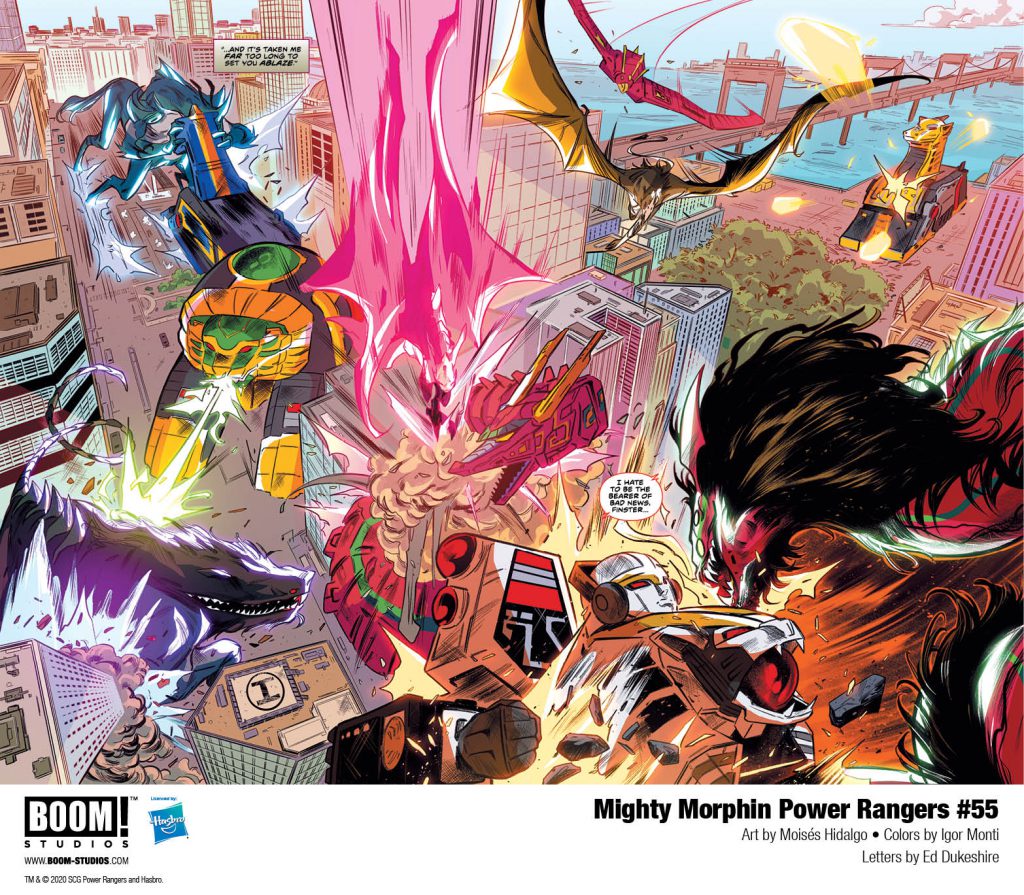 The battle continues for the Mighty Morphin Rangers as they battle Zedd and his dark rangers that now have their “Terrorzords”. Zedd appears on earth gloating over the success of the Dark Rangers. Each ranger in their zord fights hard, we see Rocky and his red dragon zord fighting Finster and trying to keep the fight but is unable. The dialogue between each ranger and their dark opponent is nice as we see some of the banter between them. it is interesting to see on the pages compared to some of the seasons that use banter in the fights often does not work on screen.

The battle continues and Billy reaches out to Grace Sterling and to activate the Green Protocol. Sterling begins the process, and we see the Terrorzords step up the danger by combining and making the Mega Terrorzord. The designs of the new creature look quite horrifying and it is ready to destroy. The Rangers combine and with the Mega Tigerzord and Red Dragon Warrior Mode is ready to defend. The scene with Drakkon and Sterling is quite interesting as it gives off feelings of DC comic character Amanda Waller and watching her gain a member for her Suicide Squad. Sterling gives Drakkon a way to leave the situation he is in and seems to believe that there is some good left in him.

The zord battle goes on as the mega Terrorzord is still dominating over the rangers as they try to find a way to make a strike on the Terrorzord. It looks like the Rangers are down for the count and as Zedd watches and gloats on his success, a figure arrives in the shadows. We get an amazing panel of the new green ranger taking on Lord Zedd. The colors really show off the effect of Green Ranger arriving out of nowhere and the details of the suit and is just a very impressive shot altogether. 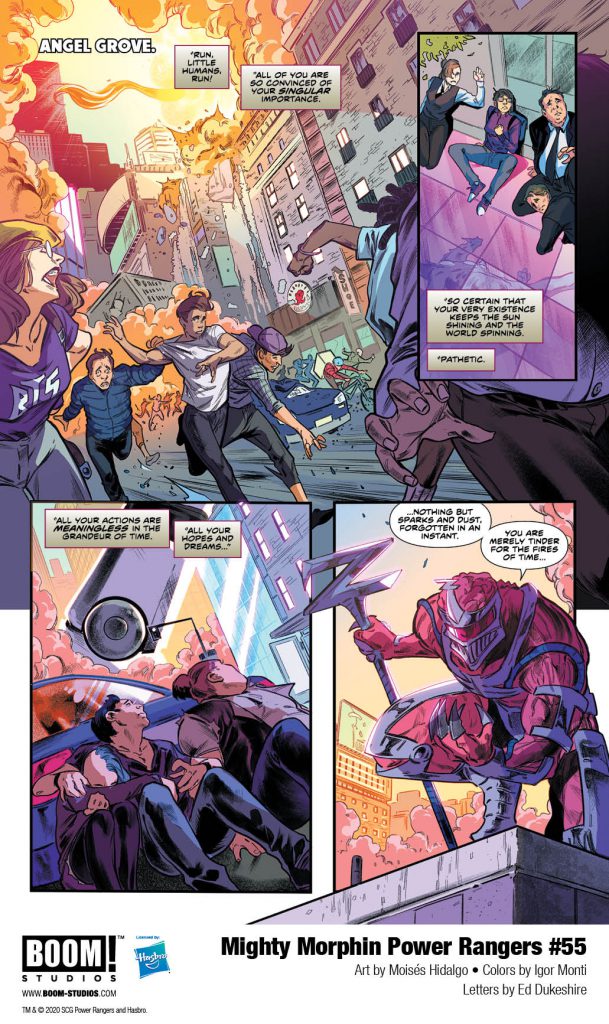 Watching the new ranger strike and attack Zedd looks very impressive and the lack of dialogue from the green ranger helps the battle play out more as you see this ranger is here to get the job done. Zedd does realize that this ranger is not one of Zordon’s creation and finds that the ranger is using green chaos energy. Green ranger is successful in cracking the chaos crystal and we see the power of the dark rangers fade away. The rangers get an opening, takes it, and succeed in destroying the Terrorzord.

As the monsters fall back and disappear, we see that the Rita putty has split off from the rest of them and may have an impact on what will happen in the upcoming issues of Mighty Morphin. Zedd vows to come back deadlier than before and we see the Green Ranger return to Grace, we see the Dragonzord which may be getting a redo by sterling and her team. We see Sterling give a warning on if this ranger tries to break her rules and what will happen, and it takes a cut from Amanda Waller and the Suicide Squad.

For a story, this issue will really have you excited to see a new story develop with Mighty Morphin and Power Rangers comics. The pacing of the story is going slow and that’s perfect, you will not feel like the issue is rushing you through and gives enough to keep you wondering what is going to happen next.

What do you think of this issue? Are you excited to see what’s to come in future issues of Mighty Morphin and Power Rangers? Let us know in the comments below and be sure to stay with The Illuminerdi for more Power Rangers news and reviews like this in the future! 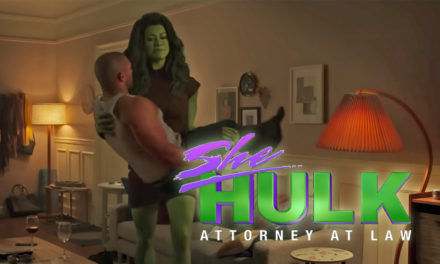 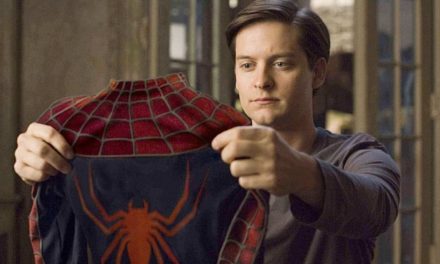 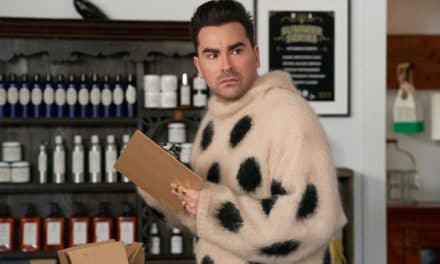 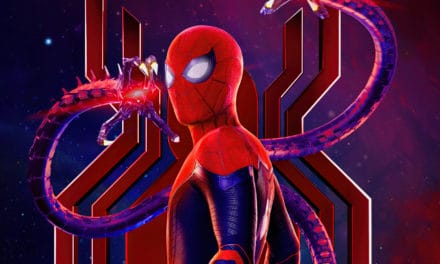