Borat 2, or as its fully titled: Borat: Gift of Pornographic Monkey to Vice Premiere Mikhael Pence to Make Benefit Recently Diminished Nation of Kazakhstan, is a comedy film written by and starring Sacha Baron Cohen (Hugo, Brüno) as the comically inept and wildly racist Kazakhstani television personality Borat Sagdiyev introduced in F2F and Da Ali G Show and serves as the sequel to the 2006 film Borat! Cultural Learnings of America for Make Benefit Glorious Nation of Kazakhstan.

The plot finds Borat believing he’s a big star following his 2006 fame, so he tries to disguise himself — It’s ‘Cohen playing Borat playing Cohen’. The first Borat was a big success, grossing $262 million worldwide for Fox and received an Oscar nomination for Best Adapted Screenplay. Borat 2 will premiere on Amazon Prime and you can know further details and exclusive news about the sequel below.

The Craft: Legacy is a supernatural horror drama film written and directed by long-time actress Zoe Lister-Jones (New Girl) who made her feature directorial debut in 2017 with ‘Band Aid‘. The film is a sequel to the 1996 cult film classic ‘The Craft‘. Jason Blum is serving as a producer on this continuation film under his Blumhouse Productions banner with Andrew Fleming the director of the original film, serving as an executive producer, with Columbia Pictures distributing.

Official synopsis: When starting at a new school, Hannah befriends Tabby, Lourdes, and Frankie, and quickly becomes the fourth member of their Clique. Hannah soon learns that she somehow brings great power to the quartet. An eclectic foursome of aspiring teenage witches get more than they bargained for as they lean into their newfound powers. To celebrate this Halloween season The Craft: Legacy is set to be released in the US through video on demand for a $19.99 rental price or $24.99 digital purchase.

RELATED: THE CRAFT: LEGACY SEQUEL TO THE CULT CLASSIC HORROR FILM WILL BE AVAILABLE ON DEMAND OCTOBER 28

His House is a thriller film written and directed by Remi Weekes, in his feature directorial debut, from a story by Felicity Evans and Toby Venables. It is a haunted house story that features Wunmi Mosaku (Fantastic Beasts and Where to Find Them, Lovecraft Country), Sope Dirisu (The Huntsman: Winter’s War, Gangs of London), Emily Taaffe (War & Peace), and Matt Smith (Doctor Who).

The story follows a young refugee couple who made a harrowing escape from war-torn South Sudan, but then they struggle to adjust to their new life in a small English town that has an evil lurking beneath the surface. It had its world premiere at the Sundance Film Festival on January 27, 2020. The film holds a 100% RT score based on 8 reviews. It is now scheduled to be released right on time for Halloween on Netflix.

The film follows a lonely young boy named Oliver (Robertson) who feels different from everyone else. Desperate for a friend, he seeks solace and refuge in his ever-present cell phone and tablet. When a mysterious creature uses Oliver’s devices against him to break into our world, his parents Sarah (Jacobs) and Marty (Gallagher Jr.) try to protect their son from the monstrous humanoid creature that preys on the innocence of children.

Then, when the boy’s friends and classmates along with other children also fall victim to Larry’s attacks, his family along with other parents and adults fight to save their children from the villainous entity beyond the screen that is trying to capture them. This one looks to be a kid-friendly fright flick that’ll appeal to audiences both young and old. It is scheduled to be released in theatres in the US, in time for Halloween.

Which October movies are you most excited about? Which movies will you be seeing during the month of October? Let us know in the comments or on our social media and be sure to come back to The Illuminerdi for more movie news! 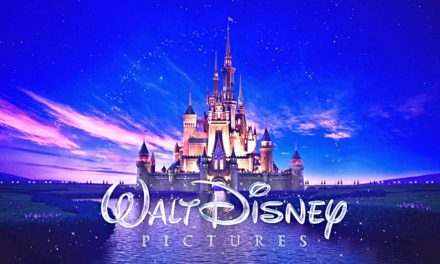 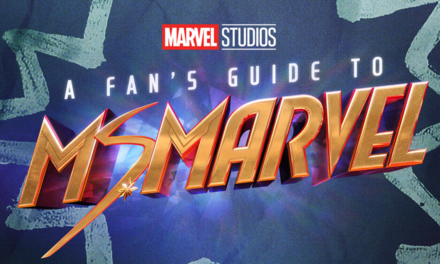