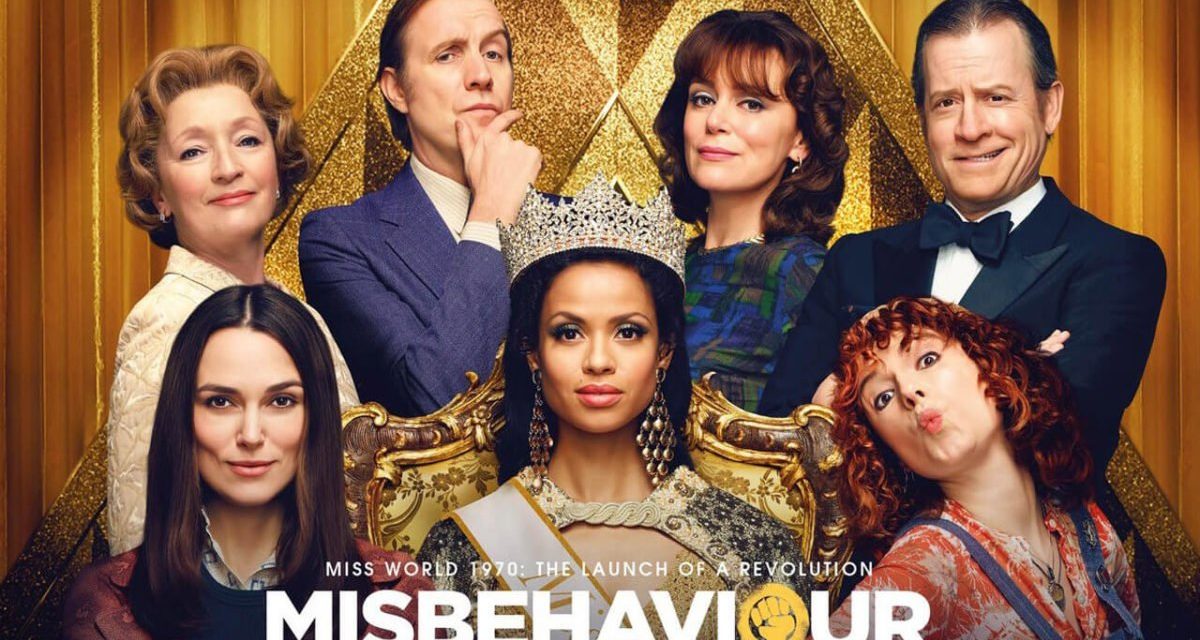 Misbehaviour is set around the events of the 1970 Miss World competition, which made history for a number of reasons.

The 1970 Miss World was hosted by screen legend Bob Hope and at the time was watched by over 100 million viewers, making it one of the most watched TV events in the world. At the contest, the newly formed women’s liberation movement garnered worldwide attention by protesting against the beauty pageant because of how it objectifies women. The protest that gained the most attention was in the theater during the live broadcast event, which launched the group into instant fame. Miss World 1970 was even more notable because Miss Grenada became the first black Miss World.

Misbehaviour recreates the world and the sexist outlook of the early 1970’s that permeated all areas of life. Right from the beginning of the film, we find Kiera Knightly’s Sally Alexander fighting to be taken seriously as a potential student who deserves a place at the university. Greg Kinnear plays Bob Hope and Rhys Ifans portrays Eric Morley, the owner of the Miss World competition. Both do an excellent job playing the personification of the patriarchy, as two sexist men who look down on the so called “women libbers”, because they enjoy being in power and objectifying women based on their looks.

Knightly and Jessie Buckley take the lead as the two main characters from the women’s liberation movement, with Knightly acting as the straight laced upper middle-class college student who wants to change the system from the inside. While Buckley’s Jo Robinson wants to burn the patriarchy down and does her best to live outside the establishment, while fighting against it. Instead she lives in a commune with no patriarchal influence and is often found spray-painting slogans on sexist signs throughout the city. While both actresses effectively portray two very different woman with different perspectives on fighting for equality, it’s Gugu Mbatha-Raw and Loreece Harrison who stole the show.

THE STANDOUTS OF MISBEHAVIOUR

Mbatha-Raw plays Miss Grenada’s Jennifer Hosten and Harrison plays Miss Africa South’s Pearl Jansen. Mbatha-Raw and Jansen do an excellent job showing that the Miss World competition has a different meaning to them, because it’s an opportunity that can open doors. Misbehaviour swivels between the different storylines and perspectives on feminism in a way that makes it clear that both fights are important, but at the time the women’s liberation movement didn’t truly seem to understand how the Miss World competition could be anything other than objectifying.

A few scenes stick out as purposefully discomforting, where the contestants must turn to display their derriere for the judges. Knightly compares the competition to a cattle auction and that analogy never seems more obvious than in this moment. A pointed conversation between Mbatha-Raw and Harrison about what Pearl can expect when she returns home to South Africa during the heights of apartheid once again shows what the competition meant on a global scale. In particular for the few women of color who were invited to the event.

RELATED: I’M THINKING OF ENDING THINGS REVIEW: THE MOST UNIQUE FILM OF 2020

However, the moment Misbehaviour was building to from the start was a pointed conversation between Knightly and Mbatha-Raw. Mbatha-Raw explains why her winning the competition is important in regards to representation and how the problems Knightly is fighting against, while important, are not the only issues Mbatha-Raw needs to be concerned about. Misbehaviour does a good job of pointing out that while the women’s liberation movement of the 70’s was important, it lacked in intersectional feminism.

While the women’s liberation movement brought women to London from all walks of life together to fight for women’s rights, they didn’t seem to truly comprehend how the protest effected the competitors in the moment. While Misbehaviour follows an important moment in the history of women’s rights, it could have been benefitted from giving a bit more screen time to the competitors, like Mbatha-Raw and Harrison.

It’s worth noting that many of the things that the women’s liberation movement were fighting for in Misbehaviour, are still issues today. Mbatha-Raw’s character explains the importance of representation and why the competition matters for her. Many of her points hold just as much importance for women of color today. This is noteworthy because the movie is set fifty years ago and while things are arguably better than they were, the fight for women’s equality is nowhere near over.

Misbehaviour is in no way a perfect movie, but the historical drama captures a moment in time that doesn’t get the attention it should and manages to show more than one perspective on how and why equal rights are so important.

Misbehaviour opens in select theaters and on VOD on September 25, 2020. Are you going to see Misbehaviour? Let your thoughts in the comments below or on our social media. 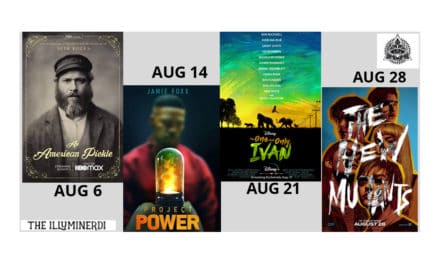 New August Movies In 2020 You Don’t Want To Miss