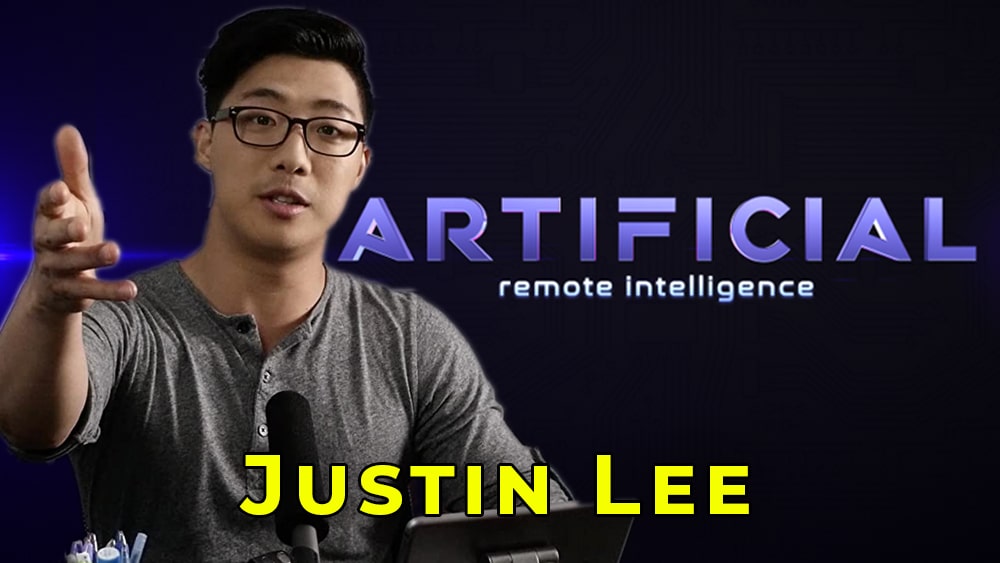 Earlier this summer, The Illuminerdi got to sit down with the cast from Twitch’s Emmy winning scripted series, Artificial. Justin Lee plays the role of Justin, a podcaster who started out just as a commentator of the events taking place within the world of the show and later became a part of it as well.

In this interview, Justin discusses his thoughts on artificial intelligence, technology in general, and the changes to how the show is produced due to the COVID-19 pandemic.

Justin Lee, or Justin from Artificial on Twitch

There’s been a lot of TV shows covering the themes of what it means to be a person what, what’s the meaning of life, and what makes a good person. A lot of those things were definitely present in Artificial. Do you think we’ll ever have a society where artificial beings are just walking around as if they were regular people?

Justin Lee: I definitely think so. I’ll go even further – I think we’ll have hybrid with neurolink, which Elon Musk is creating. I think we won’t just have synthetic people; I think we’ll have hybrid people. I’m just speaking from personal experience, but I’d do it. Let me preface that I’d wait till version 9 or version 10, and I wouldn’t be the first one to jump into it. But I would definitely do it. If you have enough people doing it, I think eventually everyone’s just going to jump on the ship, because you don’t want to be left behind.

That actually raises another interesting question, because a lot of people are worried about being tracked by their phones or internet. Do you do you think that will have an influence on who signs up?

Justin Lee: That’s a great point. I think it already has made an influence. I think that actually answers your question; the fact that our phones are already a part of us. I think we’re one step there. I think the fact that we feel naked when we leave our phone somewhere for an hour, and we feel that something’s missing, that in and of itself shows we’ve already become a hybrid. It’s just not completely attached to us; it’s on a phone.

But once we get have our phone wired into our brain, and we can get it everywhere we go, that’s what going to happen. The processing rate will be a lot quicker. Now you’re going to your phone to look up something, whereas then it will just happen instantly in your brain.

I bought a new car at the end of last year that had the Android Auto built in, and the other day, I was driving somewhere and found myself yelling at Google because it wasn’t doing what I wanted it to. I couldn’t imagine having one of these things implanted in my head, and then just standing there with a blank stare on my face, trying to get it to do whatever I need it to.

Justin Lee: Yeah, I definitely think it’s not tomorrow or a few years from now, but I think it’s in our lifetime. And I imagine it’ll start with for medical reasons, to help deal with sterilization or rewiring your spinal cord to your brain. I think that’s probably the way we’ll test it out.

I’ve seen recently prosthetic arms that were almost bionic, with a sensor that ties into your nervous system. I guess that’s definitely one step in that direction.

Justin Lee: Yeah, and you’re saying you’re having to speak and yell at Google when it’s not working. But what happens when we get to a point where you don’t even have to say it? You just think it, and it happens.

That is the dream, I think. Just being able to walk into my house and everything turns on.

Before you join the show, how familiar were you with AI? It sounds like you’ve got a pretty decent foundation.

Justin Lee: I would say I’m very interested in it, like a casual person. I read up on these things, but I don’t have a degree in this. I’m actually terrible with technology; these things always crash on me. My friends joke that robots won’t take over the world because I’ll be their kryptonite.

In no way am I a professional. But what I do like to do is read what the professionals say and then try to sound smart, like an actor does, by regurgitating their information. I listen to a lot of Elon Musk.

It seems like one of the characters on the show has a very similar outlook on things. Sebastian is a lot more outgoing than Elon Musk, but it seems like they have similar goals.

Justin Lee: Yeah, he reminds me of if Mark Cuban and Elon Musk had a baby. That’s who Sebastian reminds me of.

Your character came into the show in an interesting way. Originally, you were part of a fan podcast about the stream. Is that right?

How similar are you to your character in real life?

But I think where we’re similar is that both of us tend to harbor a lot of responsibility and guilt for when things go wrong. We like to harbor a lot of the blame rather than point the finger at anyone else. If something goes wrong, we like to point the finger at ourselves first and see what we did wrong. I think that’s really where we bear similarities.

I’ve got a bit of a philosophical question for you. Are you familiar with Isaac Asimov’s three rules of robotics? First: A robot may not injure a human or, through inaction, allow a human to come to harm. Second: a robot must obey the orders given it by human beings, unless such orders would conflict with the first law. Third: a robot must protect its own existence as long as the protection does not conflict with the first or second law.

A lot of things have changed in Season 3, not only within the context of the show itself, but also the way it’s filmed. How has the new format either challenged you or made your life easier?

Justin Lee: You would think it wouldn’t be that big of an issue. But even in the podcast, I had my co-host Carmen, who’s played by La Trice, in front of me. I really grew a lot from that. As an actor, you draw a lot from what the other actor or actress is giving you. So, I think the most challenging part is that we’re all completely remote. When we’re doing these scenes, we can’t actually look at each other on screen, because it’s below the camera. We have to be looking in the camera.

We’re not using the majority of our communication tools now. When we communicate, we use more than just words, tone and inflection. A lot of what we go by is body energy or facial expressions. If someone says they’re okay, but they’re slumping or down, you know something’s not okay. If your significant other says, “I’m fine,” you can tell when everything visually is telling me something else.

And that goes for other shows; if you’re watching foreign films, even not knowing exactly what they’re saying, you can gather what’s happening in the scene through body language. I think so much of communication is body language, and when we don’t have that, it feels like we’re relying on 10 to 20% of our communication skills.

There’s definitely a lot of challenge to that, and it requires rehearsal, which we do. But I’d say that’s the most challenging part; not being able to draw off your partners in the scene.

What else was different for you about Season 3?

Justin Lee: It’s just so much bigger and so much more innovative. It’s more grand; we dive more into relationships. It’s got all the components of a great show, and it’s really impressive that we’re able to do this remotely and have the guidance of Bernie and the entire writing staff. And Zach, who’s our tech wizard – he’s got like a switcher board going through like nine different screens. If you’re a fan of football and you saw the NFL Draft from home, he basically has an NFL Draft home system for this show. It competes with any of the NFL teams. It’s insane. 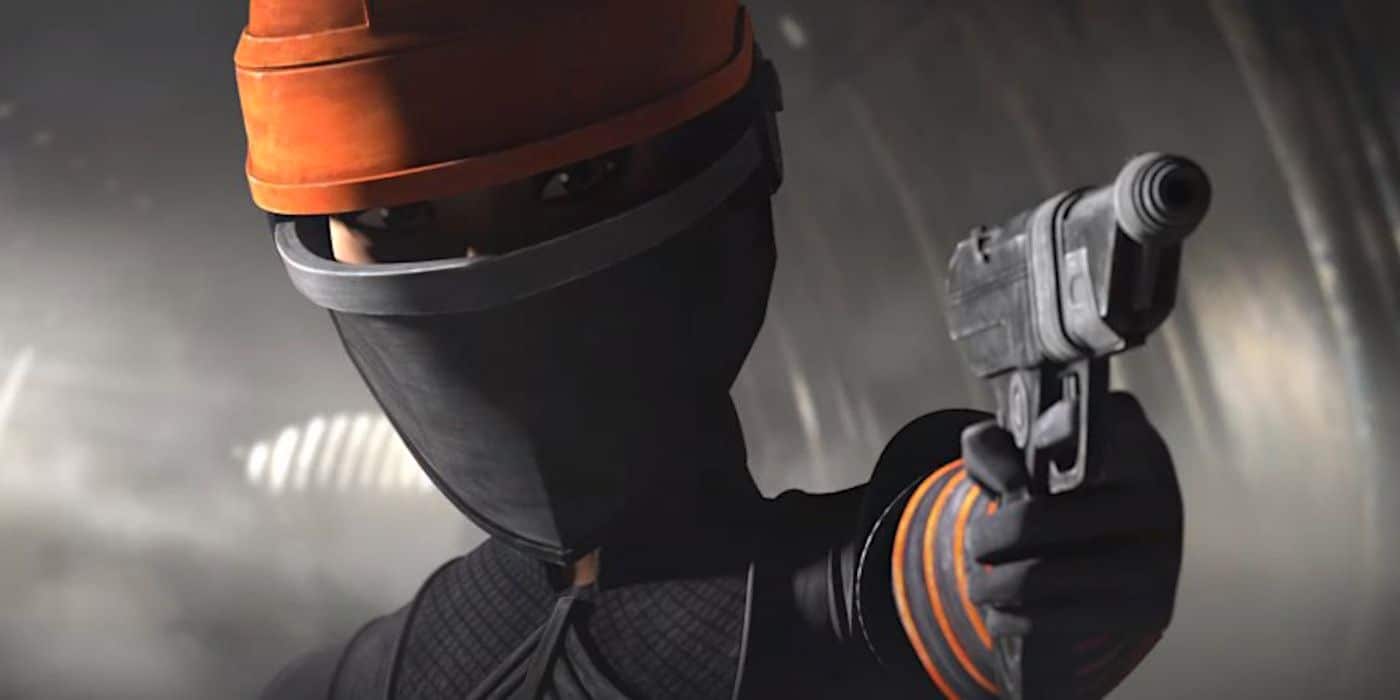 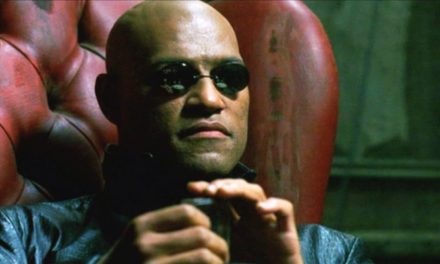 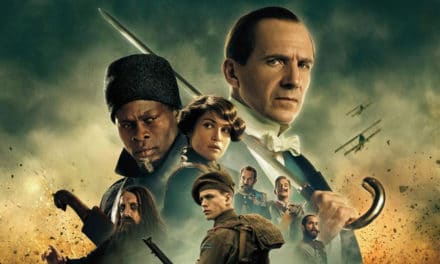