Fast approaching 25 years of breaking into ancient temples, gunning down baddies, and collecting artifacts, Tomb Raider has stood as one of the most iconic video game franchises ever made. Lara Croft was one of the most iconic female leads in a video game history and her popularity has won the hearts of fans all over the world. And one fan, has uncovered perhaps Lara’s greatest treasure…

In 2007, game developer Crystal Dynamics released Tomb Raider: Anniversary to coincide with the franchise’s ten-year anniversary. The game is a remake of the first title that saw Lara working for the villainous Jacqueline Natla, the secret queen of Atlantis, to retrieve an artifact called the Scion. The remake itself is a prequel to 2006’s Tomb Raider: Legend, a reboot of the franchise.

After the commercial failure of the previous title in the series, 2003’s Tomb Raider: The Angel of Darkness, then-publisher Eidos Interactive moved development to Crystal Dynamics from the original studio, Core Design. But Core Design was not done with miss Croft.

Core Design began development on Tomb Raider: Anniversary Edition, a separate remake from Tomb Raider: Anniversary, in 2005. Around that time, the team at Core Design were working on the PSP title, Free Running. Lead artist and animator Phil Chapman, and lead level designer Richard Morton, played around with the idea of remaking the original Tomb Raider in the Free Running engine. In an interview from the now-defunct Planet Lara fansite (the interview can now be found on fanwiki WikiRaider), Chapman and Morton reveal that Eidos approved the development.

“The model was created in house from scratch by Jamie Gibson but we were asked by EIDOS to adapt some of the clothing /accessories to closer resemble the Legend model,” Chapman said.

However, Eidos would choose to cancel the project in favor Crystal Dynamics’ take on the remake. After the acquisition of Core Design in May 2006 by Rebellion Developments, all intellectual properties related to Tomb Raider remained with Eidos. “…when Core was sold to Rebellion it seemed like they didn’t want the franchise to go ‘out-of-house’ hence the cancellation of our project.” Morton said.

Later that year, trailers and images of the title would leak onto the web.

Appearing to be more in-line with the style of the classic games, the trailer also features elements inspired by Legend; elements such as pole swinging and ledge hopping. Even new features previously unseen such as dual targeting during combat, which would make it’s only appearance in 2008’s Tomb Raider: Underworld. Re-imagined versions of classic locations in Peru, Greek, and Egypt are seen. Even the famous T-Rex in the Lost Valley. All while running on hardware for Sony’s PlayStation Portable. And yes, that is Star Wars’ Duel of the Fates playing in the background, which the trailer would be taken down for over unauthorized use.

Core Design would issue a statement on the trailer.

“Following speculation on the internet, we would like to offer the following clarification.

The video of Tomb Raider: 10th Anniversary Edition that appeared on certain sites was an unauthorised release of an internal presentation of a game that was being developed by Core Design until very recently. It was running on PSP and used a Core-developed engine. However, following a recent review this project has been officially cancelled by SCi.

Core is alive and well and working on some great new projects, and we are still planning to announce some exciting news very soon!”

With the project dead in its tracks, Crystal Dynamics would release their version of the game. Former Core Design studio head Gavin Rummery (in an interview with Ars Technica) and producer Steve Pritchard (via Facebook) gave their opinions on the project. With the acquisition of Eidos at the time by British publisher SCi, Rummery and Pritchard speculated on the business decisions of keeping Tomb Raider with Crystal Dynamics.

“Someone, somewhere, realized that handing a TR title back to the now-not-Core guys would have seemed like a strange commercial move, and with CD having a lot of cool tech all ready to go, it was a straightforward choice for them,” Pritchard said. “Keep the franchise in one place. And so ours was killed, and you’d have never heard if it hadn’t been leaked by someone,” said Rummery to Ars Technica. 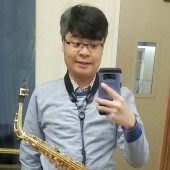