Creeping Winter, the next premium DLC for Mojang Studios’ RPG take on its popular Minecraft IP, Minecraft Dungeons, is coming next month.

The DLC, which was revealed back in June, will push the players into a wintry wonderland full of new enemies, armors, weapons, and more to explore, according to Mojang’s release date blog post. Much like its previous DLC, players can access Creeping Winter either as a standalone or part of the Hero Edition.

Is Minecraft Dungeons: Creeping Winter It?

If you aren’t looking to spend the scratch it takes to get the DLC, you can rest assured they haven’t forgotten about those who got Minecraft Dungeons for the game itself. On the same day Creeping Winter launches, they will be kicking off a brand-new free content update.

As it stands, the new free update is fairly standard. It will bring forth new merchants and Daily Trials. With the merchants, after you save them from their captors, the saved merchants move into your camp to show you their appreciation. Particularly, you this update includes Blacksmiths and Gift Wrappers. The former will upgrade your equipment while the later will allow players to trade items in multiplayer with each other. Each merchant is able to be leveled up, which in turn, increases their stock.

NEXT: PHANTASY STAR ONLINE 2 IS FINALLY COMING TO STEAM

The Daily Trials, on the other hand, are for those looking to experience something different than Minecraft Dungeons‘ normal journey, providing a more difficult and experimental challenges that change every day.

Creeping Winter, alongside the free update, will kick off on September 8, 2020. 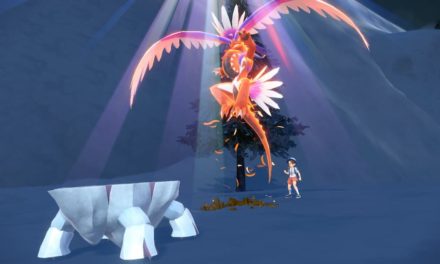