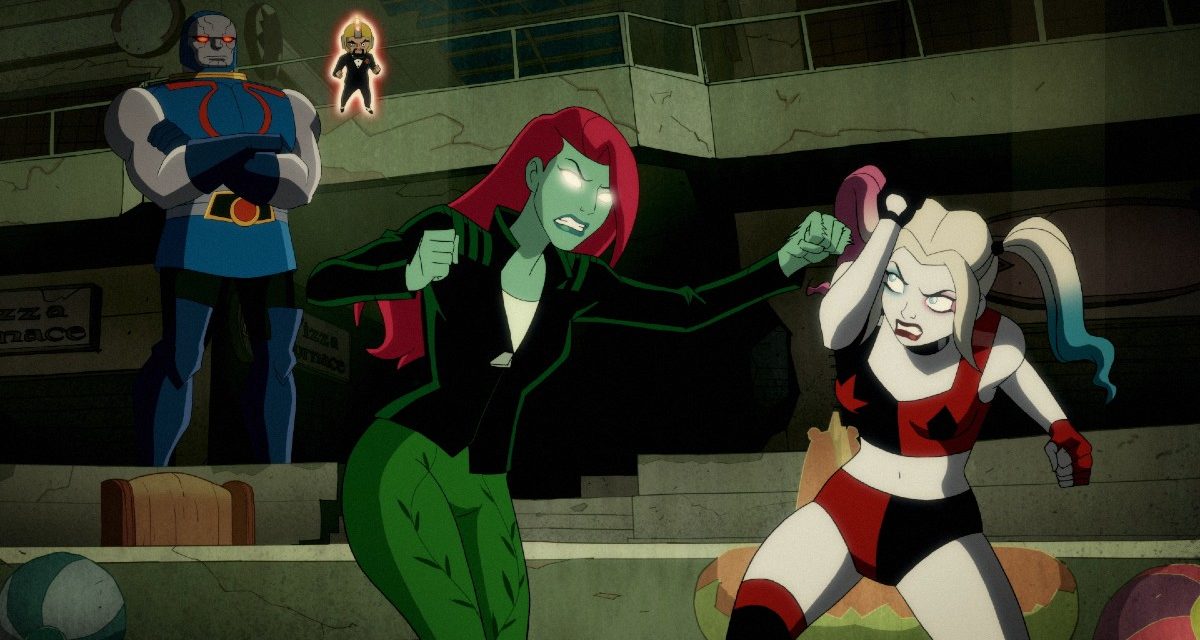 The penultimate episode of Harley Quinn season two provides fans with an action-packed adventure, featuring characters from all corners of the DC Universe, that culminates in an emotional scene that fans had been waiting for since day one.

That’s right, after battling a mind-controlled Poison Ivy for an entire episode, our hero Harley Quinn saves the day by “trying true love” and kissing Ivy, breaking Psycho’s hold on her. Unfortunately for Kite Man, their kiss came moments after his own failed miserably.

If you recall, episode 11, “A Fight Worthing For,” ended with Ivy’s arrival on the doorstep of Joker and Bethany’s suburban home. There she declared that she was going to kill Harley, which confused her, because she hadn’t even had a chance to potentially upset Ivy yet by confessing her true feelings.

Harley Quinn and the Justice League?

The combined assault of Ivy, King Shark, Clayface, and the Para-demon army takes Harley Quinn and the Justice League all over Gotham in their quest to stop Dr. Psycho. While I can’t say that these are the best animated incarnations of the JLA, they don’t have to be. They provide engaging action scenes and generally successful comedy, (even if it’s not as gut-busting as Halpern and Schumacker’s finest jokes) successfully moving the plot along in a supporting role.

Unfortunately, I can’t say I enjoyed Sy Borgman’s return quite as much as I did the Justice League. Having saved Harley from his fiance, the two had a conversation back at his apartment. During this conversation, Ivy pulled out Sy Borgman’s eye, which he had given to her before valiantly sacrificing himself in “Dye Hard.” Kite Man’s “powers” came in handy, as he realized that Sy’s eyeball was trying to communicate through morse code.

I thought that Sy’s death was a moving finale to his arc, though in retrospect it was foolish of me to think that his death would have any level of permanence. This is a comic book adaptation, and in comics, no one stays dead except for Uncle Ben. While a bait and switch death can work, it’s a tired trope within the genre and this particular fakeout did nothing to set itself apart. He returned because the writers needed a plot device that could make Kite Man and Harley immune to telepathy, which is no reason to undo a satisfying death.

Although I don’t like that he was simply a means to an end, at least the end in question was satisfying. After Sy Borgman helped develop the anti-telepathy earbuds, Kite Man and Harley Quinn tried to save Ivy from Psycho’s sway, and as you know, true love only worked for one of Pamela Isley’s suitors, and it wasn’t the dudebro wearing a kite. I love Kite Man, and to a degree, I felt bad for him, but he was never Ivy’s true love. We, as fans, knew this well before it was spelled out for us and deep down, I think that every member of this fantastic love triangle knew who was meant to be with who.

Harley’s kiss with Ivy also brought on a surprisingly profound monologue from Dr. Quinzel. After rejecting Darkseid’s renewed offer of world domination, she explained that super-villainy death and destruction just wasn’t her thing. She’d grown as a person, and fundamentally changed her morals and ethics over the course of the show, and she was finally speaking her truth. This conversation between Harleen Quinzel and the Lord Of Apokolips is perhaps one of the finest moments of Harley Quinn storytelling across any medium.

Darkseid departs, confused by Harley’s character growth, but not before vowing to return and destroy Earth someday. The Clown Princess of Crime than begs Ivy to take a risk and be with her, but before she can respond, Kite Man wakes up. In a fit of rage, Dr. Psycho broadcasts the memory of Harley and Ivy’ Themysciran hookup for all of Gotham to see, and the credits roll.

I would not wish that experience upon my worst enemy, and certainly not a soul as tender as Kite Man. Will he stick with Ivy after seeing her betrayal put on display in front of the whole city? Will Poison Ivy finally admit that she’s marrying Kite Man for the wrong reasons? Only time will tell, unless of course I failed to finish this review until the day of the season finale and you’re reading this as an Illuminerdi double feature.

What did you think of the “Lover’s Quarrel” episode of Harley Quinn? Let us know your thoughts in the comments below or on our social media! 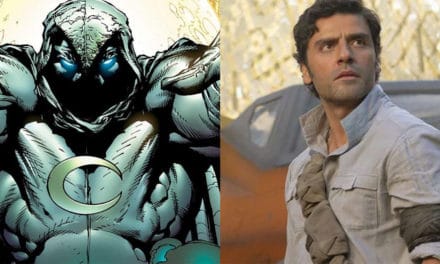 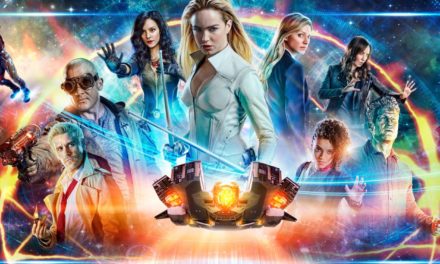 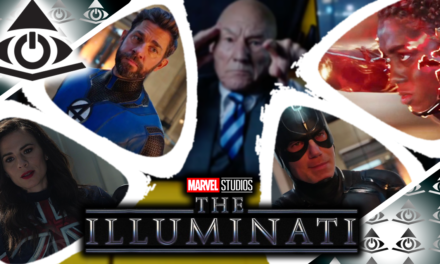 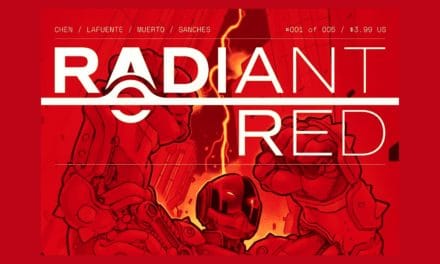