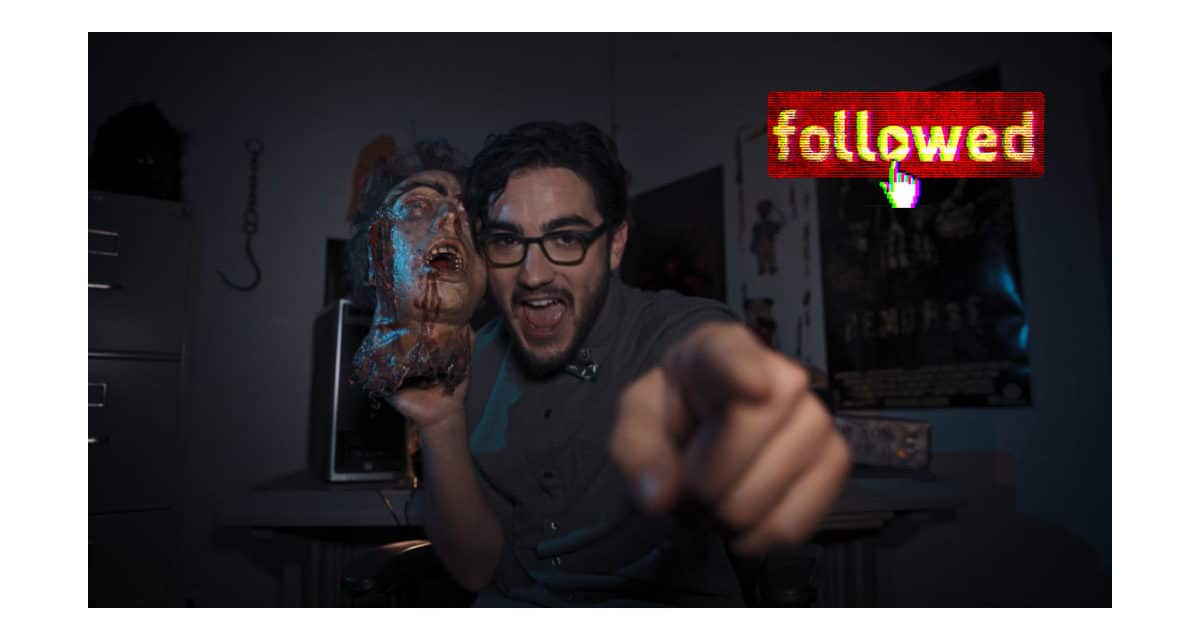 Throughout the film, he manipulates members of his team. One of my favorite scenes in the movie was when he’s talking with Danni. He’s trying to convince her to stay at the hotel and he opens up about his past. Was he simply manipulating her? Or was he being honest and opening up to his friend? Is it a mix of both?

Matthew Solomon: I think that for a real person in that situation, both things can be true without them even realizing it. I do think it’s interesting that Mike chooses not to tell any of his friends he’s adopted, until this very crucial point, so I think that it is absolutely a combination. He is worried about his family, which is why he cares so much about seeing this all the way through, but there’s also this element of he really wants to be famous. He really wants to do something that nobody else has done.

So in terms of the conversation with Danni. He’s in the midst of a really emotional moment. That emotional moment happens to be very convenient, so I think that both things can be true. I don’t know that as Mike I was playing an awareness of that, because I don’t think that a person in that situation would be totally aware. If it was pure manipulation, he’s a sociopath. And there’s more to Mike than just that.

That’s fascinating. At the beginning of the film, there’s the big mystery of who’s running the show, and we’re immediately told that DropTheMike disappeared. So what happened to him? On top of that, later on there’s the mystery about the detective and his kid, right? Once you learn the truth about Mike’s character and his history, once you can see the full picture, it raises questions like “How in control of the situation is Mike?”  “How honest is he with himself about his past and where he came from?”

Since it’s done as a vlog, you also have to ask yourself, “How much of this is staged?” Because while there are things that happen that are unexplainable and definitively paranormal, there are other things that occur in the Lennox Hotel that could be faked for a vlog. Just masterfully acted. Could you shed some light on that?

You could really only find the proper answers to those questions in Followed II. That is where those answers would lie. I will say… Mike’s control over the situation, whether or not he has been involved in some of these things and how they happened – Mike’s never really in control of this entire process. Denial is a river and it runs deep, and he loves to swim in it. Even up until the end, there’s a moment where he learns some truth about himself, but he just totally ignores it and keeps going. So, no, even if some of the choices were his, there is no control here.

Got it, that is absolutely fascinating. You mentioned Followed II. When I discovered that a sequel was in development, that made my day, because one of the things I most like about the film is how organically it sets up Followed II. I think it does a fantastic job at laying the groundwork for a sequel. I am so excited to see where DropTheMike goes next and to see if any of the rest of the DropTheMike team returns. Is there anything you can tell us about the sequel?

The team has kept this pretty secret from even me. I’ve heard whispers about it here and there. Even when we were on set shooting the movie, there were jokes about Followed II all the time. I love the idea of Followed II. I would be very curious to see how Mike falls into that, because we don’t know what happens to Mike, do we? I don’t know if that’s giving away too much, but there’s so many directions it can go in…in my imagination, and I’m sure that Antoine and Todd and the rest of the team are cooking up something really interesting.

I cannot wait to see it, I look forward to covering it and reviewing it and hopefully getting to talk to both you and Antoine [Le] again in the future.

I really hope so. I would definitely have fun with it, that’s for sure.

Did you have a favorite scene to shoot? Was there any really memorable part of the filming experience that stood out to you?

You know, we shot for thirteen days, and I was pretty much in front of the camera every second of every day. There’s so much to do and so, it’s two answers. The short answer is this one scene, that I wasn’t even in. I was watching Danni, played by Sam Valentine, and Chris played by Tim Drier, running away from a certain mysterious figure. And when you shoot a horror movie, there are times when it’s scary, but there are times when it’s the funniest thing in the world.

Then in terms of something that I personally did. It would have to be the scene on top of the roof where I found the cow tongue covered in maggots. Everything about that was real. Everything about that was disgusting. I really learned that I am a braver person than I thought I was. Because it was so foul and I ended up having a really good time playing around with that scene. At one point, I sort of threatened the other actors with the tongue. Which I thought was really funny and they did not think it was funny.

I learned something interesting about another scene with a fun prop in the movie, specifically Fred the head.

I had a feeling you would bring that up.

When he falls off of the shelf in the hotel room, I understand that wasn’t planned, that just happened and you improvised that scene, is that correct?

Yes, that was fully improvised, it was not planned. We had been shooting another scene surrounding Fred the head and then that moment happened shortly after. What was amazing about the team and one of my favorite things is that they gave us a lot of room to improvise, so I felt totally comfortable. I heard it happen and I was like “Well I could sit here until they call cut or I could make this a real moment.” and seeing that make it into the movie was really cool. But also, God, it was so spooky. It sent chills down my back and that head was not pretty to look at either, so it was a moment for sure. 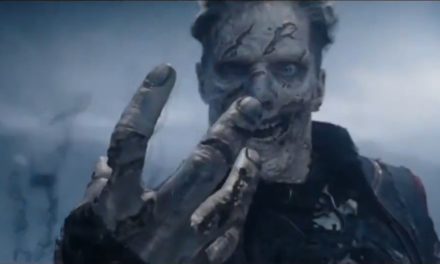 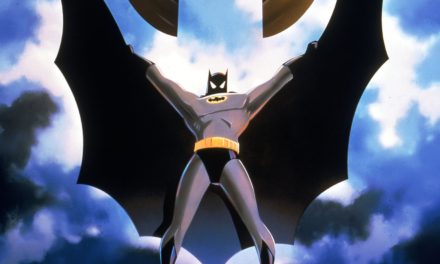 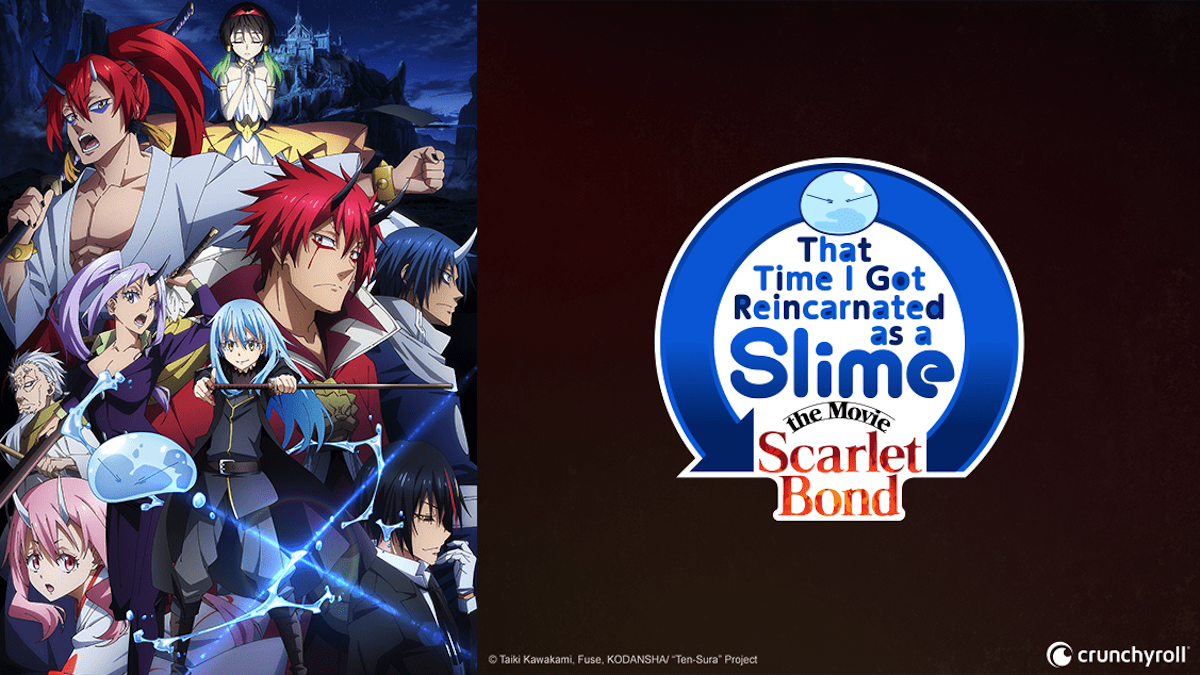