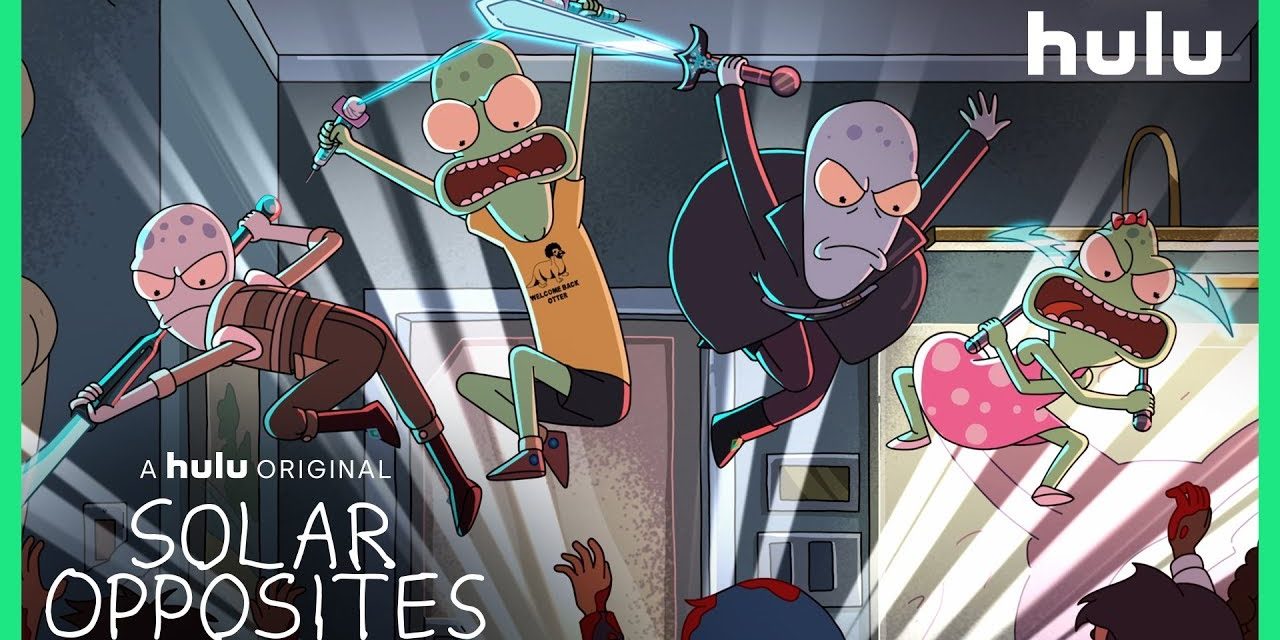 The first season of Justin Roiland’s new animated series Solar Opposites recently arrived on Hulu, and we’ve put together a review of the series for your reading pleasure.

Solar Opposites is the story of an alien family of four who land on earth after their home planet is destroyed by an asteroid. Terry (Thomas Middleditch) and Korvo (Justin Roiland) fill the parental roles while their replicants, Yumyulack (Sean Giambrone) and Jesse (Mary Mack) are their juvenile offspring. They also take care of the Pupa, an adorable yellow baby whose destiny is to evolve into its true form and terraform the planet, creating a new homeworld for Korvo and company.

Terry is a fun loving, carefree and chaotic soul who simply wants to relish in the wonders of Earth, although his official position is Pupa expert. Korvo is the cynical brains of the operation, a bitter yet well-meaning scientist who claims that he simply wants to fix their damaged spaceship which currently sits atop their suburban home.

Jesse is a kind, loving, and friendly individual, sharing many personality traits with Terry. Like Korvo, Yumyulack is intense and easily irritated. His abrasive nature often brings him into conflict with Jesse, though under the surface they both deeply cherish their bond.

The first season consisted of eight episodes, and seven of those followed the core family’s adventures. They fight a killer robot, go to college, time travel, examine gender politics, do heroin, create a Cronenberg monster and do so much more.

Those seven episodes tell wonderfully written stories packed with the clever comedy and outrageous social commentary that’s now synonymous with Roiland. Additionally, they are quite rewatchable thanks to their largely self contained nature and incredible attention to detail.

The sole episode that doesn’t fit the mold is episode seven, “Terry and Korvo Steal A Bear.” While they primarily focused on the families adventures, the first six episodes also featured brief scenes and world building within, The Wall, a massive terrarium of humans that Yumyulack shrunk and kidnapped. Much like how “The Ricklantis Mixup” has almost nothing to do with Rick C-137’s adventures in the lost city of Atlantis, the actual bear stealing occurs entirely in the background of “Terry and Korvo Steal A Bear.”

The Wall is a dystopian world of violence, inequality and scarcity. Religion, society, and morality all take on new, blasphemous meaning within the hellscape. The epic tale of abduction, revolution, and liberation, long brewing within The Wall comes to a head in what is undoubtedly Solar Opposites strongest episode. 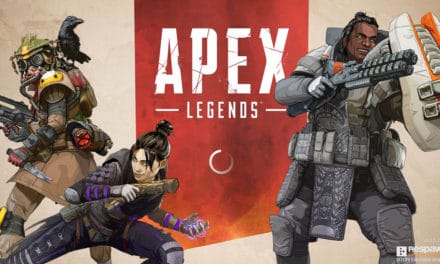