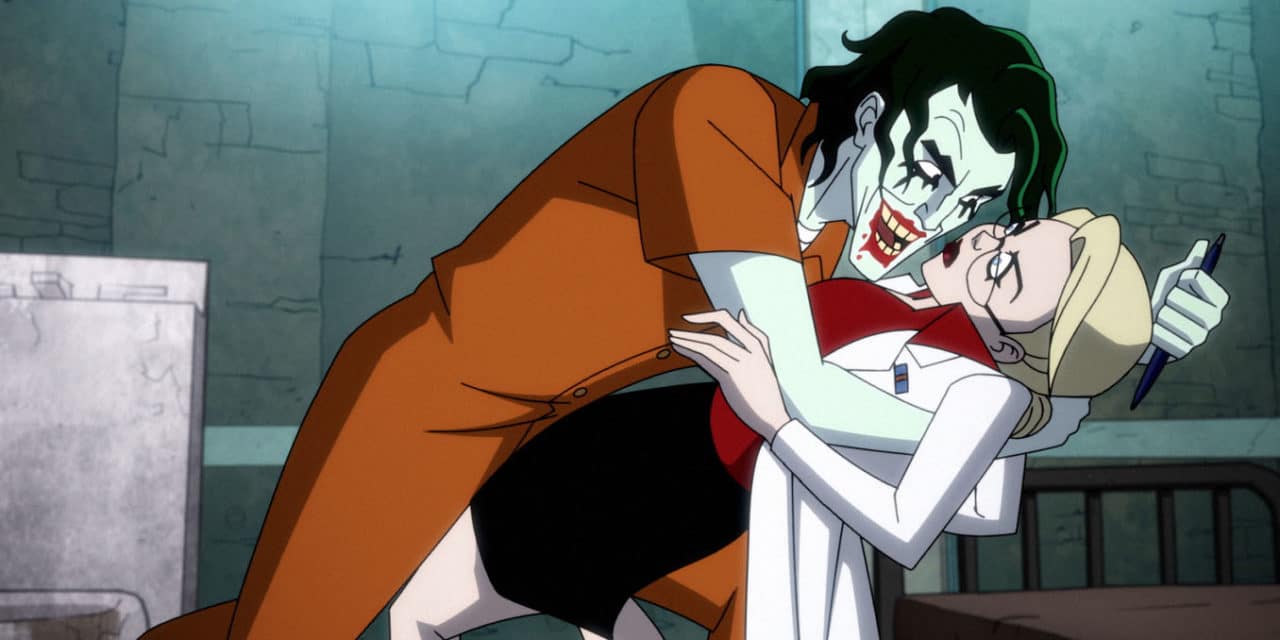 “All The Best Inmates Have Daddy Issues“ is one of the best episodes of Harley Quinn; possibly the very best. This chapter takes a look back at Harley’s first day on the job as an Arkham Asylum psychologist. The exploration of Harley’s first encounters with Joker, Ivy, Harvey Dent, and Batman was extremely entertaining, remarkably profound and unforgettable.

Episode six of season two opens with Harley Quinn and Ivy talking at the local bar, Noonans. Their conversation is sidetracked when they come across a seemingly amnesiac and normal Joker. Ivy wants to kill him on the spot, while Harley thinks it’s possible that he’s a changed man, which leads to an argument about human nature. Harley seeks to prove that people can change, and does so by recanting the story of their first encounter.

Harley meets with D.A. Harvey Dent and Commissioner Gordon first, and is quickly disillusioned by the two public servants. Gordon tells Harley that she was only selected as Joker’s psychologist because she was inexpensive and breathing, not due to her thesis on the Clown Prince Of Crime, which she initially believed was the case. Dent makes it clear that he only cares about finding Joker’s hidden bomb so that he can get reelected as District Attorney, showing no sympathy or concern for the lives at risk.

RELATED: VAL KILMER REVEALS THE UNCOMFORTABLE TRUTH ABOUT WHY HE QUIT BATMAN

Suddenly, an alarm goes off, interrupting their meeting. Poison Ivy is attempting to escape, brutally murdering several guards before being stopped with a flamethrower. Dr. Quinzel chastises the D.A. saying, “Mr. Dent, you can’t burn inmates!”, To which he responds “Not yet, but prop-17 gives an exciting new definition to prisoner’s rights.”

One of the key takeaways here is that Arkham is a corrupt, frightening and unjust place, and the creators do a fantastic job presenting the Asylum as such. For example, As Dr. Quinzel walks past some of the asylum’s most notorious patients, the atmosphere is set perfectly by a haunting, tense and macabre score.

She arrives at Ivy’s cell and apologizes to Ivy, condemning Dent’s actions. Ivy responds rather dejectedly, but the tone for the rest of their relationship has already been set. Harley cares about Ivy, and she’s going to do anything and everything she can to help her and keep her safe.

Afterwards, Harley meets Joker for the first time. The fundamental groundwork of their infamously toxic relationship is layed down flawlessly. Harley wants to help Joker, as she truly believes that there is a soul worth saving underneath the blood, makeup and lies. Joker realizes this immediately and begins to manipulate her good intentions without a second’s hesitation. Harley’s  too stubborn and naive to realize that she’s being played, and allows herself to become emotionally invested in a madman – and eventually turn into Harley Quinn.

Despite all of this, their first meeting proves fruitless, and Harley reconvenes with Dent and Gordon. Quinzel asks for another chance, and Dent agrees, as they seem to have no other options. That’s when Batman steps out of the shadows and decides to question Joker.

In the interrogation room, Batman beats the Joker brutally and relentlessly. The Joker refuses to reveal the bomb’s location, instead choosing to taunt The Caped Crusader by reminding him of how he murdered Jason Todd AKA Robin. Harley witnesses the entire altercation and falls for Joker even more, sympathizing with the killer due to Batman’s merciless violence towards him.

Batman was utilized perfectly this episode. He brings the darkness, the anger, the rage and the dedication to protecting Gotham that I hope for in every iteration of the Caped Crusader. He was perfectly in line with my personal image of what Batman should be. The contrast between this week’s grim, vengeful batman and last week’s comical, unintelligent Batman is astonishing.

After Batman fails to acquire any information, Dr. Quinzel turns to Ivy for help. Upon discovering that Joker killed his last therapist due to her asking questions about his family, Harleen returns to his cell, confident that she can get through to him.

The two future lovers do their sick dance, a push and pull of manipulation and deception. Harley tries to break down the Joker’s emotional walls by probing him about his upbringing. He opens up with a touching story about how his father took his pet ferret, Mr. Farris from him when he was a child as punishment for discovering his father’s affair with the maid. Harleens fate is sealed as she hears that story, as it stirs up deep, unshakable feelings of empathy and love within her.

Joker then proceeds to tell her of the bomb’s location in exchange for a regular meal in the cafeteria that night, outside of solitary confinement. He planted the bomb in the heart of Little Italy, and Batman and Gordon rush to deactivate it. Harley thanks Ivy for helping her and gives her a plant as a gift.

Joker and Harley then sit down for dinner, where Joker’s true plan is unveiled. He put a bomb inside the Arkham Asylum chef, whose nickname was Little Italy. The chef explodes, and Joker grabs Harley and attempts to flee. At his command, Dent’s goons attempt to stop Joker by shooting through Harley, only for Poison Ivy to deflect the bullet with a vine.

Ivy decides to surrender instead of fighting, therefore keeping Harley Quinn out of harm’s way. Joker and Ivy are recaptured, and Poison Ivy asks Dr. Quinzel to be her new therapist. Dent feigns delight at Harleen’s safety. She responds by spitting in his face and minting his supervillain name, Two-Face.

Meant To Be Since The First Day

The story returns to the present day, with Harley claiming that she changed Ivy into someone who values and cares about human life. Ivy disagrees, explaining that Harley merely restored her faith in humanity, something she lost when her father beat her and took away her ficus, Mr. Farris.

Poison Ivy reveals that the story Joker told Harley, the same story that made her fall for him, was stolen from group therapy with Poison Ivy and changed  from ficus to ferret. As someone who has been dying for development towards the famous HarlIvy relationship, this was game changing. Their relationship has been evolving from platonic to romantic at a snail’s pace, and this was the first notable advancement in weeks. When these two inevitably end up romantically involved, we can always look back to this episode and remember that the seeds of their love were sown on the first day they met.

Their philosophical debate concludes, and they bring in Dr. Psycho to probe the mind of the man formerly known as Joker. To feelings of relieved disgust, they discover that he truly is as boring, average and mundane as they come. They exit the bar only to be arrested by Two-Face, setting up an exciting adventure for next week.

“All The Best Inmates Have Daddy Issues” fleshes out the beginnings of Harley Quinn’s relationship with Joker, Two-Face, Batman and most importantly, Poison Ivy. The focus on character development and world building is a welcome change of pace from last week’s overly satirical inclinations, and the examination of human nature is handled thoughtfully and intelligently.

With this episode, Harley Quinn continues to cement its legacy as one of the finest DC comics adaptations of all time. Hopefully next week’s episode rises up to the standard of quality set by this week.

What did you think of this week’s Harley Quinn episode? Are you excited to see the HarlIvy romance blossom? Pun very much intended. Let us know your thoughts in the comments below or on social media! 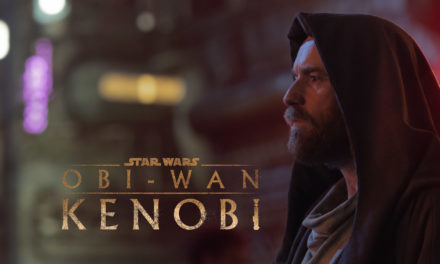 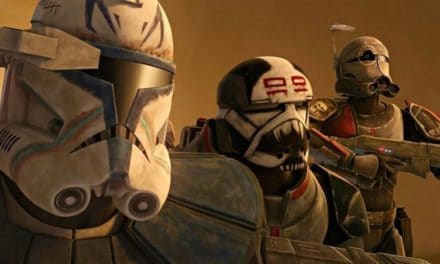 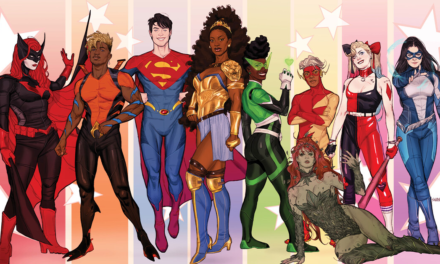 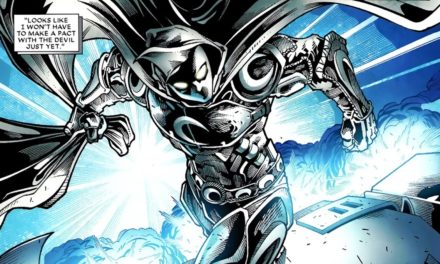