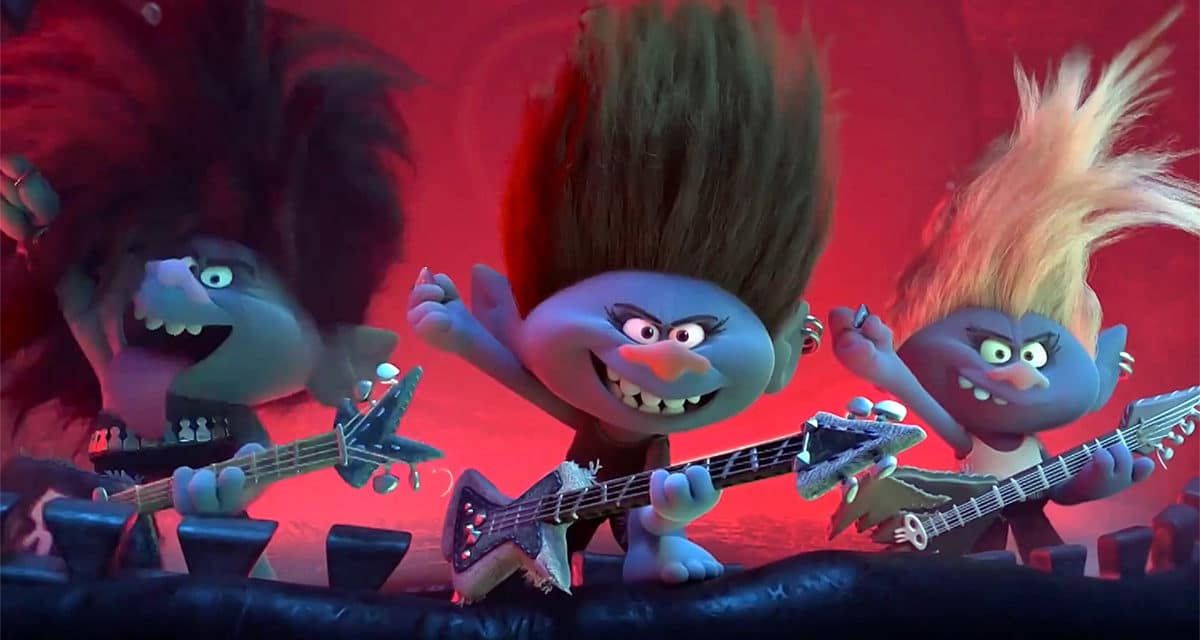 AMC Theaters is refusing to show Universal films in response to comments made by NBCUniversal CEO Jeff Shell.

Universal’s Trolls: World Tour was released both in theaters and on VOD on April 10. On VOD it was available for rental for a 48 hour period. Since its premiere, Trolls: World Tour has apparently racked up nearly $100 million, an impressive feat given most people were unable to see it in theaters. In the wake of this success, Shell told Wall Street Journal, “The results for Trolls: World Tour have exceeded our expectations and demonstrated the viability of PVOD. As soon as theaters reopen, we expect to release movies on both platforms.”

Universal is not the only studio breaking the traditional theatrical window at this time. Disney will be releasing Artemis Fowl on their streaming platform Disney+ and Warner Brothers will be releasing Scoob! On VOD. These decisions make sense in the moment, given that theaters are closed for at least a few more months. AMC recently announced that they won’t be reopening until new movie releases. The first two new releases mentioned by AMC are Warner Brothers’ Tenant on July 17 and Disney’s Mulan on July 24.

AMC Strikes Back At Universal

AMC and National Association of Theater Owners were not impressed and seemed offended by Shell’s declaration. Without the theatrical window, people could choose to stay home to rent the films instead of going out to theaters and movie theaters won’t see a profit. With theaters closed across the country right now due to the COVID-19 pandemic, they are already in trouble – AMC especially. But once they reopen, taking away the theatrical window would likely be a severe blow. It doesn’t help that theaters may need to open initially with only partial capacity and movie-goers might be hesitant to return to theaters.

AMC Theaters Chair-CEO Adam Aaron responded by sending a letter threatening to end the lucrative relationship between Universal and AMC to Universal Filmed Entertainment Group Chairman Donna Langley. AMC is the world’s largest movie theater chain, so this could have huge implications and it is not a small decision.

“It is disappointing to us, but Jeff’s comments as to Universal’s unilateral actions and intentions have left us with no choice. Therefore, effective immediately AMC will no longer play any Universal movies in any of our theaters in the United States, Europe or the Middle East.”

AMC was skeptical of Universal’s intentions with the release of Trolls: World Tour on VOD, thinking that this was likely a way to test the model of same day and date release of the film in theaters and on VOD. Shell has been interested in this for a while. AMC is obviously against this as it would have a major impact on their profits. The usual split between distributor and exhibitor is around 50/50 or 60%-65%/40% while VOD terms tend to be more in the studio’s favor.

With Trolls: World Tour on VOD the majority, likely around 80%, of the nearly $100 million goes to Universal. If movies are available for rental on VOD and in theaters simultaneously, this will take money directly out of movie theaters’ pockets. AMC’s quick and hard lined response makes sense when they are already in economic trouble, as this change would make things even worse.

“This policy affects any and all Universal movies per se, goes into effect today and as our theaters reopen, and is not some hollow or ill-considered threat. Incidentally, this policy is not aimed solely at Universal out of pique or to be punitive in any way, it also extends to any movie maker who unilaterally abandons current windowing practices absent good faith negotiations between us, so that they as distributor and we as exhibitor both benefit and neither are hurt from such changes. Currently, with the press comment today, Universal is the only studio contemplating a wholesale change to the status quo. Hence, this immediate communication in response.”

Not only has AMC stated under no uncertain terms that as of right now all Universal films are off the table, they have made it clear that if anyone else has similar ideas they too will have their movies taken out of AMC theaters. This deterrent is likely meant to caution Disney and Warner Brothers in regards to their upcoming films that are skipping the theatrical window. The implications are staggering on both sides. This would mean upcoming Universal films like Jurassic World: Dominion, Minions: The Rise of Gru, and F9 the next film in The Fast And The Furious franchise wouldn’t play at any AMC location. These are hugely popular and lucrative franchises for Universal and AMC alike.

While AMC is obviously unhappy with what Shell said, they still seem open to discussions with Universal.

“Universal’s unilateral pronouncements on this issue are unpalatable to us, as has always been the case, AMC is willing to sit down with Universal to discuss different windows strategies and different economic models between your company and ours. However, in the absence of such discussions, and an acceptable conclusion thereto, our decades of incredibly successful business activity together has sadly come to an end.”

Considering AMC theaters won’t be opening until July, there is plenty of time for negotiations between the two companies. While this letter sets a precedent and means that as of now AMC won’t be licensing Universal films, that could change in the next couple of months before the doors open again. By sending this letter, AMC takes a solid stance in any future negotiations. They also warn against other companies that have similar ideas depending on the success of their VOD releases.

NATO is siding with AMC, for obvious reasons, sharing their anger about Shell’s statement: “Universal does not have reason to use unusual circumstances in an unprecedented environment as a springboard to bypass true theatrical releases,” NATO president and CEO John Fithian said.

Fithian continued on talking about the importance of movie theaters and theatrical releases. He explains that the success of Trolls: World Tour should be taken with a grain of salt as most of the people who rented the film would have been seeing it in theaters had that been an option. He makes it clear that this should not be the new normal as releasing movies in theaters benefits all parties involved not just the theaters.

Universal quickly responded to the letter with a statement targeted at AMC and NATO. The statement chastises AMC and NATO for apparently misconstruing Shell’s words and using them against Universal.

“We absolutely believe in the theatrical experience and have made no statement to the contrary. As we stated earlier, going forward, we expect to release future films directly to theaters, as well as on PVOD when that distribution outlet makes sense. We look forward to having additional private conversations with our exhibition partners but are disappointed by this seemingly coordinated attempt from AMC and NATO to confuse our position and our actions,” Universal states.

The statement continues, “Our goal in releasing Trolls: World Tour on PVOD was to deliver entertainment to people sheltering at home, while movie theaters and other forms of outside entertainment are unavailable. Based on the enthusiastic response to the film, we believe we made the right move.”

NATO responded to Universal’s statement and Vice President and CCO Patrick Corcoran shot back at Universal “unfortunately Universal has a destructive tendency to both announce decisions affecting their exhibitor partners without actually consulting with those partners, and now of making unfounded accusations without consulting their partners.”

While so far theater owners haven’t been happy, they do seem to have some level of understanding when it comes to some movies being released for people to watch at home during the COVID-19 pandemic. This is likely in part because it’s hard to argue considering theaters are closed and for the most part theatrical releases are being delayed. However, Shell’s statement could have been taken as a serious threat to the movie theater business model because it looks like Universal has been fighting to shorten the theatrical window for a while.

This could have a huge impact on future releases especially if other big theater chains follow in AMC’s footsteps or other studios follow in Universal’s. Hopefully Universal can come to an agreement with NATO and AMC while the theaters are still closed so that when they reopen it doesn’t have a major impact on movie goers.

What do you think about AMC Theaters refusing to show Universal Movies? Do you think the theatrical window should change? Leave your thoughts in the comments below or on our social media.