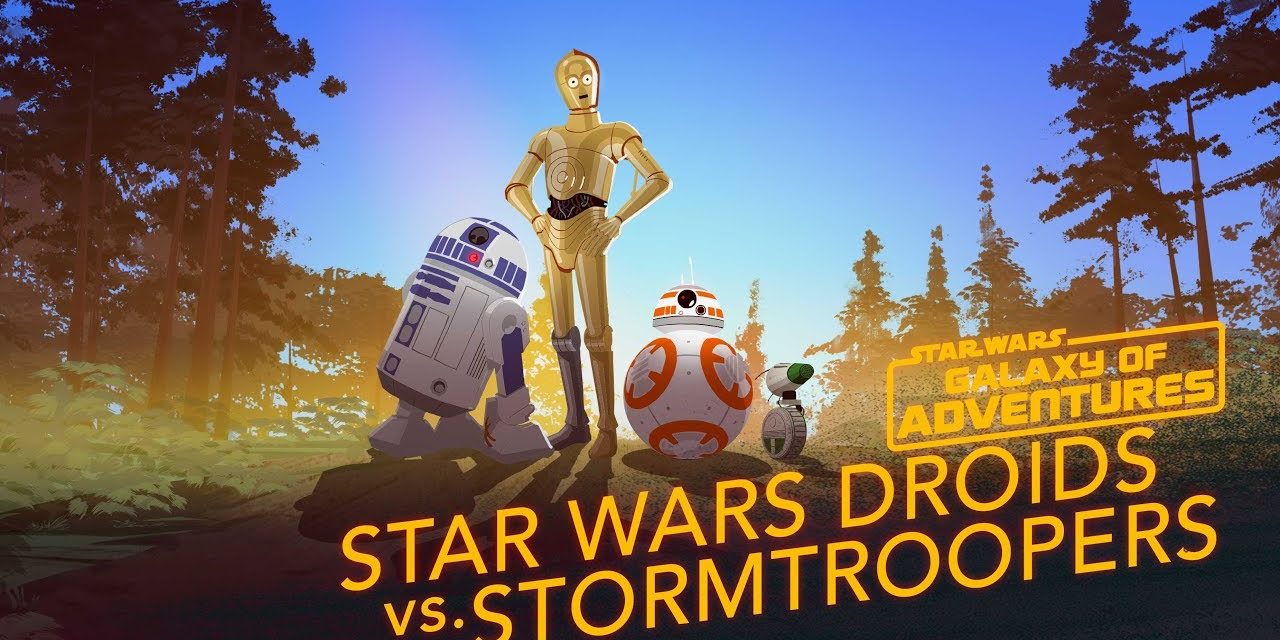 Everyone’s favourite droids are back fighting Stormtroopers in the most recent Galaxy of Adventures short. In the latest episode we see some of R2-D2 and C-3PO’s most infamous moments from their first meeting on Tatooine to meeting BB-8 and D-O.

Galaxy of Adventures debuted in November 2018 on Youtube and StarWarsKids.com. It featured a series of short, brief retellings of the Star Wars saga. The shorts consist of dialogue from the movies together with the most amazing animation by Titmouse and director Barry Kelly.

The Galaxy of Adventures Team

You may recognise Titmouse animation as the studios behind the upcoming animated series The Legend of Vox Machina. Of course there is the instantly recognisable John Williams soundtrack to make it feel even more like the galaxy we all know and love. It is quite a fun introduction into the galaxy of Star Wars for little ones to enjoy with their parents. In fact, Lucasfilms James Waugh sees the striking animations as a great way to engage smaller fans with the action packed Skywalker story.

With Galaxy of Adventures, we wanted to craft something that allowed parents to help their kids take their first step into a much larger world whether they were ready to show their kids the films or wanted to find new ways to explore the content.

The Galaxy of Adventure Droids stick together through thick and thin. In the latest short released today, we join C-3P0 and R2-D2 doing just that against some Stormtroopers. The short follows the iconic droid duo as they first meet in Anakin’s bedroom (the rest is history right?).

Then we get a glimpse of them as mascots for Anakin during the Pod Racing. We see them escaping the Tantive and Jawas, to almost being captured by the Empire on Cloud City. Each time successfully defeating those vexing Stormtroopers. The action then quickly shifts focus to BB8 and D0 as they run from First Order Stormtroopers to join C-3P0 and R2-D2, presumably post events that happen in The Rise of Skywalker.

Galaxy of Adventures isn’t the only micro series based in the Star Wars universe. Forces of Destiny is another excellent addition to the saga. It focuses on the women of Star Wars and I am sure that many younger (and older!) female fans are grateful of the chance to see their heroes take part in new and familiar adventures.

Star Wars Forces of Destiny takes place across the timeline we are all familiar with, and follows the adventures of Rey, Padme, Sabine, and Ahsoka in the battle against the Empire or First Order.

The shorts give us an extra glimpse into the Star Wars universe and its fun how you get to see events from another perspective. The micro series Galaxy of Adventures alongside Forces of Destiny are excellent animations that bring a fresh perspective to the universe and it’s an exciting way to gain a new generation of fans.

Plus. it is always a bonus to see the adventures of R2 and 3P0! I think its great to get a fresh point of view for kids growing up in a different era to when the original movies came out. It shows the people at Lucasfilm are keeping up with the times.

What do you think of the animations? Do you think they add or detract from the beloved story telling of the Skywalker Saga? Let us know your thoughts in the comments below, and don’t forget to check back with The Illuminerdi for the latest Star Wars news and features. 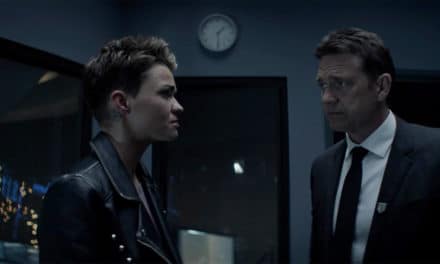 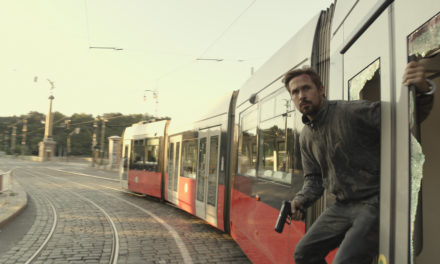 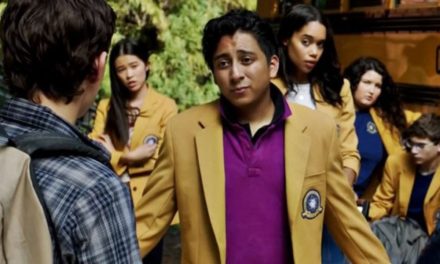 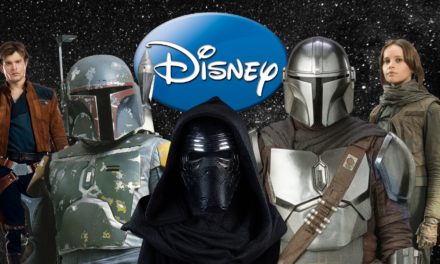