Filming for the highly anticipated and still untitled, The Matrix 4, franchise is now underway! Filming commenced in San Francisco earlier this week under the code name “Project Ice Cream” and today we get our first look at the production.

Videos and images have surfaced online from on-location, which shows Neo (Keanu Reeves) with a beard and long hair in regular clothes. It looks like he has come a long way from his trademark black trench coat and sunglasses.

The Matrix 4 film is being directed by Lana Wachowski, with Lilly Wachowski taking a step back this time round as she was busy working on TV series, Work in Progress. Lana wrote the screenplay for the fourth film, along with Aleksander Hemon (Sense8) and David Mitchell (Cloud Atlas).

Wachowski spoke with Variety when the film was announced and had this to share about the production:

“Many of the ideas Lilly and I explored 20 years ago about our reality are even more relevant now…I’m very happy to have these characters back in my life and grateful for another chance to work with my brilliant friends.”

What Happened to Neo in The Matrix 4?

We last saw Neo in 2003’s The Matrix Revolutions, seemingly dying in Machine City, with his body being carried away by the machines. The Matrix rebooted and the Architect (Helmut Bakaitis) and the Oracle (Mary Alice) agreed to a truce between the humans and the machines. This left humans with the opportunity to leave the Matrix. The Oracle also said she believed they would see Neo again one day. And indeed, that day is today…

Carrie-Anne Moss and Jada Pinkett Smith, who play Trinity and Niobe respectively, will be reuniting with Keanu Reeves for this film and will be joined by some new faces. Most notably, Yahya Abdul-Mateen II (Watchmen) will be replacing Laurence Fishburne as Morpheus, as exclusively revealed by The Illuminerdi.

Neil Patrick Harris (How I Met Your Mother), Jessica Henwick (Iron Fist), Jonathan Groff (Frozen II), Toby Onwumere (Sense8), Eréndira Ibarra (Sense8), Priyanka Chopra (Quantico) and Andrew Caldwell (Geography Club) have all joined been cast, with their roles yet to be revealed. Lambert Wilson, The Merovingian, said he is in talks to return in the film, and Hugo Weaving, Agent Smith, is unable to reprise his role due to scheduling conflicts.

The plot for The Matrix 4 is being kept top secret, so we will have to rely on these tiny teases from the filming to hold us over until a trailer is released. Filming is also expected to move onto Germany and Chicago after filming in San Francisco wraps.

The Matrix 4 is expected to be released May 21, 2021. Are you excited to see what happens in The Matrix 4? Let us know in the comments below. 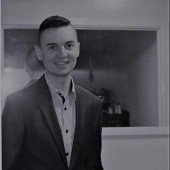